Home » Celebrities » 1 Year After The Coronavirus Pandemic Started, Here’s How It’s Changed Us

Well, it’s March. Again. This month marks the one-year anniversary of the official start of the coronavirus pandemic. On March 11, 2020, the World Health Organization (WHO) declared the coronavirus a global pandemic. That day, 245 new COVID-19 cases were reported in the United States. A year later, that number seems almost quaint: As of March 10, 2021, there have been more than 29 million cases of COVID-19 in the country, per The New York Times, and more than half a million deaths.

Even for those not directly touched by the virus, the impact of this past year has been enormous. Across the world, communities shut down in an attempt to slow the spread of the disease, with closed schools, workplaces gone remote, and families and friends unable to meet in person. The economic and social tolls have been enormous: As of February 2021, the U.S economy has lost millions of jobs, and many people are struggling with their mental health.

Now, Elite Daily is revisiting some of the people we spoke to early in the pandemic to find out how their year in lockdown has gone. Their stories touch on what it’s like to lose a year of your life in quarantine, the never-ending cycle of racism, and missing out on the big moments of adulthood.

The following interviews have been edited for length and clarity. 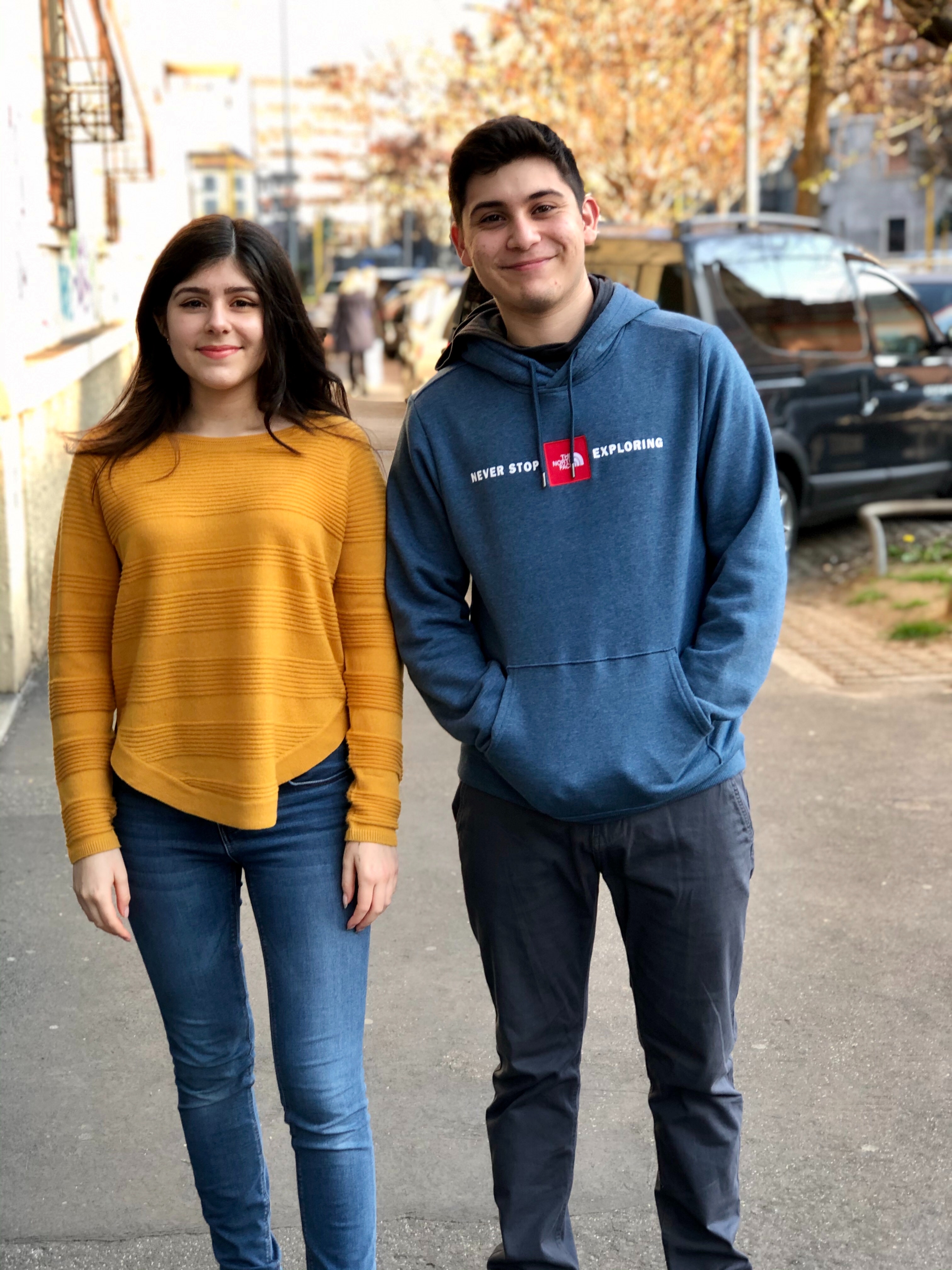 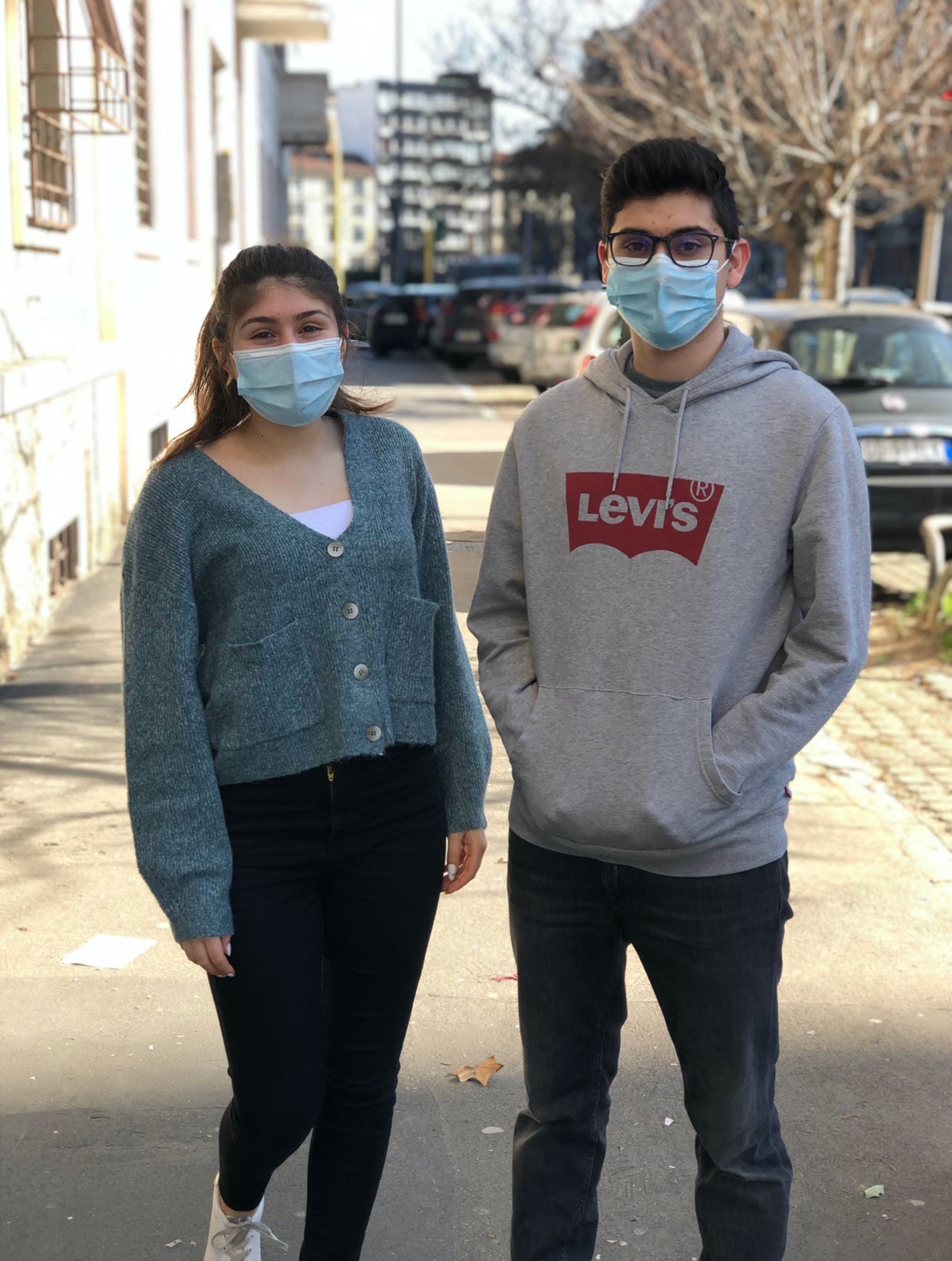 David, 18, and Emily, 16, are siblings living in Milan, Italy, one of the first European regions to go into lockdown on March 8, 2020. They previously spoke to Elite Daily to warn American teens about the pandemic on March 18, 2020.

David: When I think back to how it was at the beginning — when we were worried about infection and schools closing — I had no idea that it was going to go on this long. Looking back, it’s pretty obvious that it wasn’t going to go away, but still. This year has been just a mix of stress, confusion, and boredom.

Emily: Things are difficult because right now my school is 50% online and 50% in-person. Being home all the time just feels like the biggest waste of time. I turned 16 in lockdown, and soon I’m going to turn 17, and I didn’t do anything for my birthday. Turning 16 was important, and I had to stay at home and watch a movie.

David: I turned 18 in lockdown, and that’s an important year. In Italy, you can drink and do all that fun stuff at 18, and I was excited to finally get to experience that. But then COVID happened, and my 18th birthday just kind of came and went.

I haven’t really been socializing in person. At the beginning, I made commitments. I was like, “I’m going to keep in touch with my friends.” And then, in October, I got COVID.

I was so worried about giving it to my mom, my stepdad, or Emily. As soon as I started coughing, I self-quarantined immediately. My symptoms were mild, but I had a fever, and I had to quarantine for a month in my bedroom completely alone. I had to go into my friend group chat and tell them I got COVID. We’d been joking, like, “None of you guys had better get COVID!” When I had to tell them that I was sick, it felt almost shameful. I was the first one in the class to get it, but not the only one.

I think this pandemic will impact how people can empathize with others. This will be something we’ve all gone through, and we’ll all have this shared experience now.

Emily: For Gen Z, I think we’ll look back and think of this as the time we all procrastinated on our online schoolwork because we were sad.

Looking back now at what we said last year, I don’t like the fact that we were proven right about what could happen. Because if everyone had listened to all the warnings, it wouldn’t have happened. But when I look back, I also think, “Wow, I was so dramatic.” Thinking I would die if I step outside — I’m like, “Just calm down.” But at the time everyone was really dramatic, and everyone was doing things like disinfecting grocery bags. It makes sense, we were all scared. But now, you have to keep going. You still have to be careful and you still have to be cautious, but you can’t get scared every five minutes.

David: Everything’s kind of mellowed out. We know that the virus is still there and it’s still dangerous, and we’re still careful and taking precautions, but we’ve all — or at least I have — adapted to it. This is just second nature now. 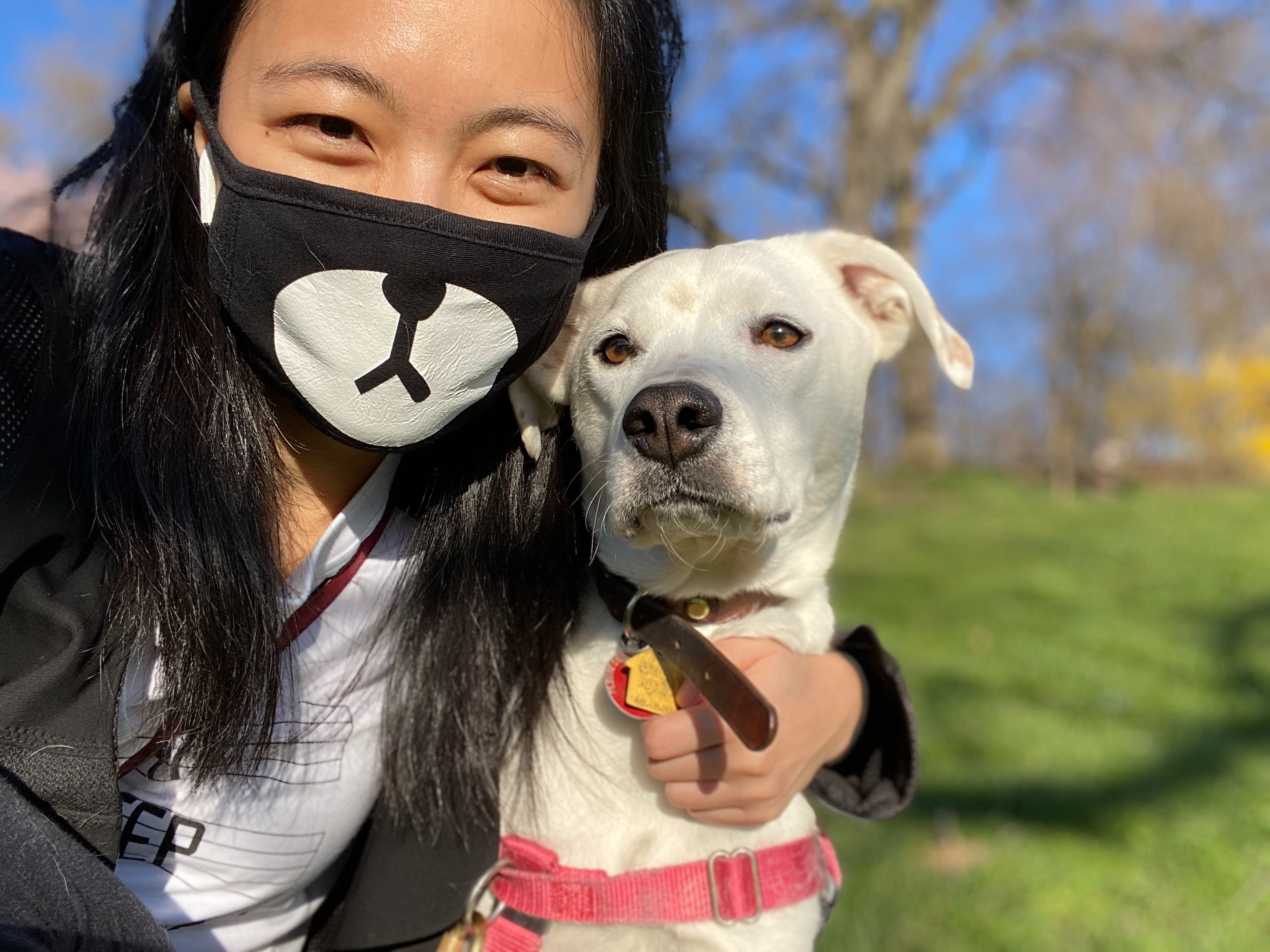 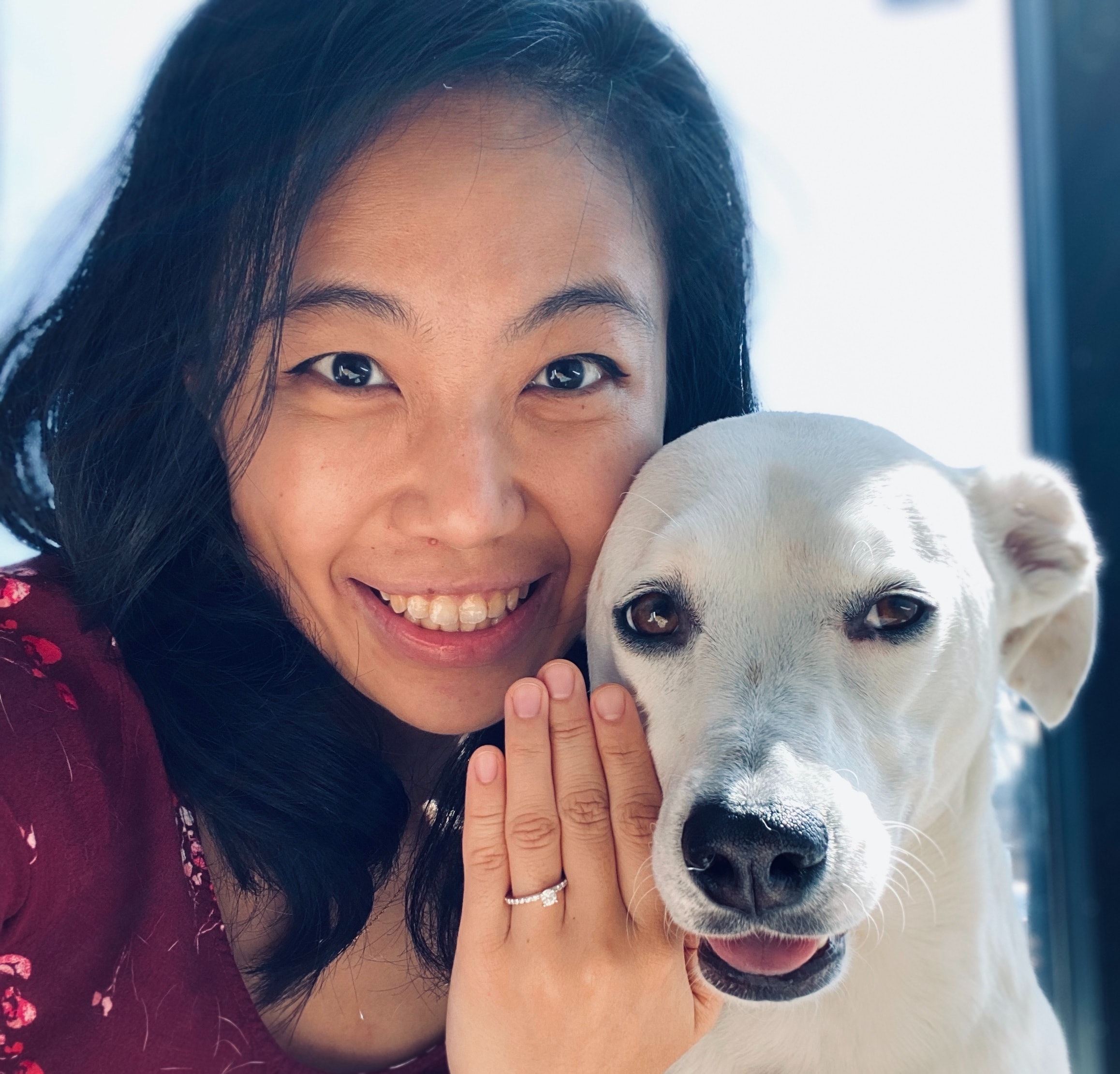 Alice, 31, is a Chinese-American living in New York City, the epicenter of the early U.S. outbreak of coronavirus. She previously spoke to Elite Daily about racism against Asian-Americans during the pandemic on April 13, 2020.

The hardest part has been staying away from my family to keep them safe. But thankfully, we’ve all been vaccinated within the past month, so I’ve seen my parents three or four times since then. It was strangely emotional for me, seeing them get the vaccine. It was a sigh of relief knowing that they were safer going about their everyday lives. But on the other hand, there’s the rise of anti-Asian racism and attacks against elderly people again. In New York City, reported hate crimes against Asian-Americans increased ninefold in 2020, according to The New York Times. Like, it’s great that they’re vaccinated, but now that they are I have to tell them yet again, please don’t go out for your own safety. It’s just so tough that a year on, when we finally have science on our side, racism is still so prevalent.

I don’t think racism around the coronavirus has changed. If anything, it’s amplified. Stop AAPI Hate has recorded over 3,000 reports of anti-Asian hate incidents from March to December 2020. Personally, I’ve kept writing and speaking out — I write a blog, and it’s part of how I’m coping. My writing is for people to hopefully read and resonate with and learn something they didn’t know about being Asian. I’ve gotten a lot of explicit DMs telling me that I need to go back to China or to stop eating bats. I anticipate more, and I’ve tried to brace myself for it. Racism hasn’t stopped per se, the exact language just varies. Last year, I recommended looking towards organizations working against hate — you can still look at organizations and hashtags like #hateisavirus and #stopAAPIhate. They have all the statistics, but also how to report and speak out against hate.

It’s made me more exhausted than I ever have been in my life. I’ve always been proud of my identity, but after this year, I feel I have to share my experiences because so much hate and racism comes from lack of understanding and empathy. I think about what that means when we want to build solidarity across marginalized communities. Being the Asian teacher of Black, brown, and Latinx kids is a whole identity thing I think about on a daily basis. Writing about it, talking about it, and learning more about other experiences is helpful for me to deal with the pandemic.

But there are positive things in the pandemic, too: I got engaged this year! I’m legally married, but we didn’t do the ceremonial things. In a way, I culturally don’t feel married. We got engaged in August and married in October. I would still like to have a celebration, but one nice thing I didn’t anticipate about the legal ceremony is that I was able to Zoom in my family from Michigan, California, Shanghai, Australia, and Taiwan. That was really cool, because in real life there’s no way that all these people could ever be in the same room.

I wish I could have told myself a year ago that I don’t have to have all the answers all the time. I want to know what to say to help my students, my friends, and myself through this because it’s all so unprecedented. And also, it’s OK to have conflicting emotions. The experience of joy is not a privilege — we are all able and allowed to experience joy, even if it seems like the world around us is crashing down. I have to remind myself to find the spark or the joy that will light me up and share that with the students I teach. 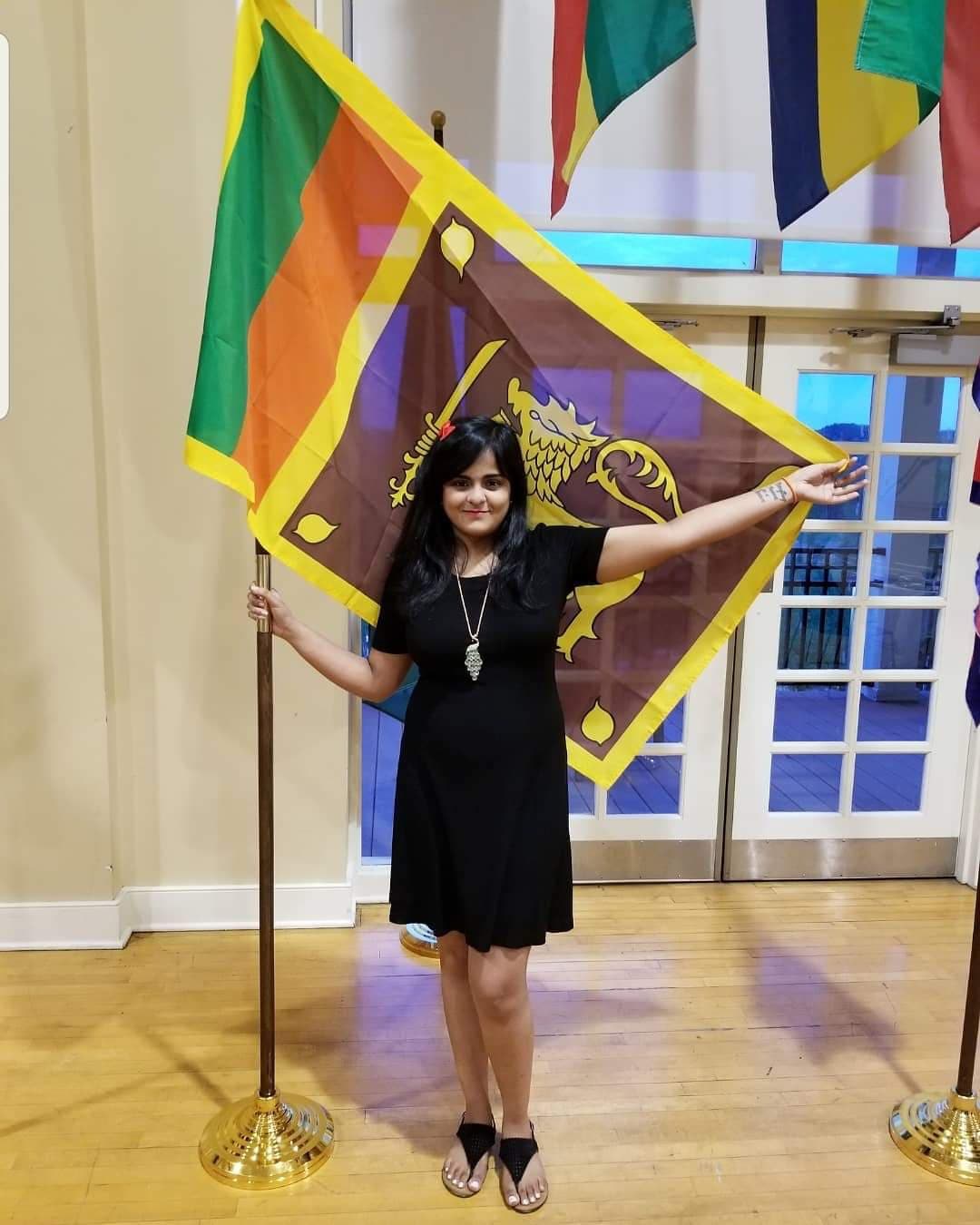 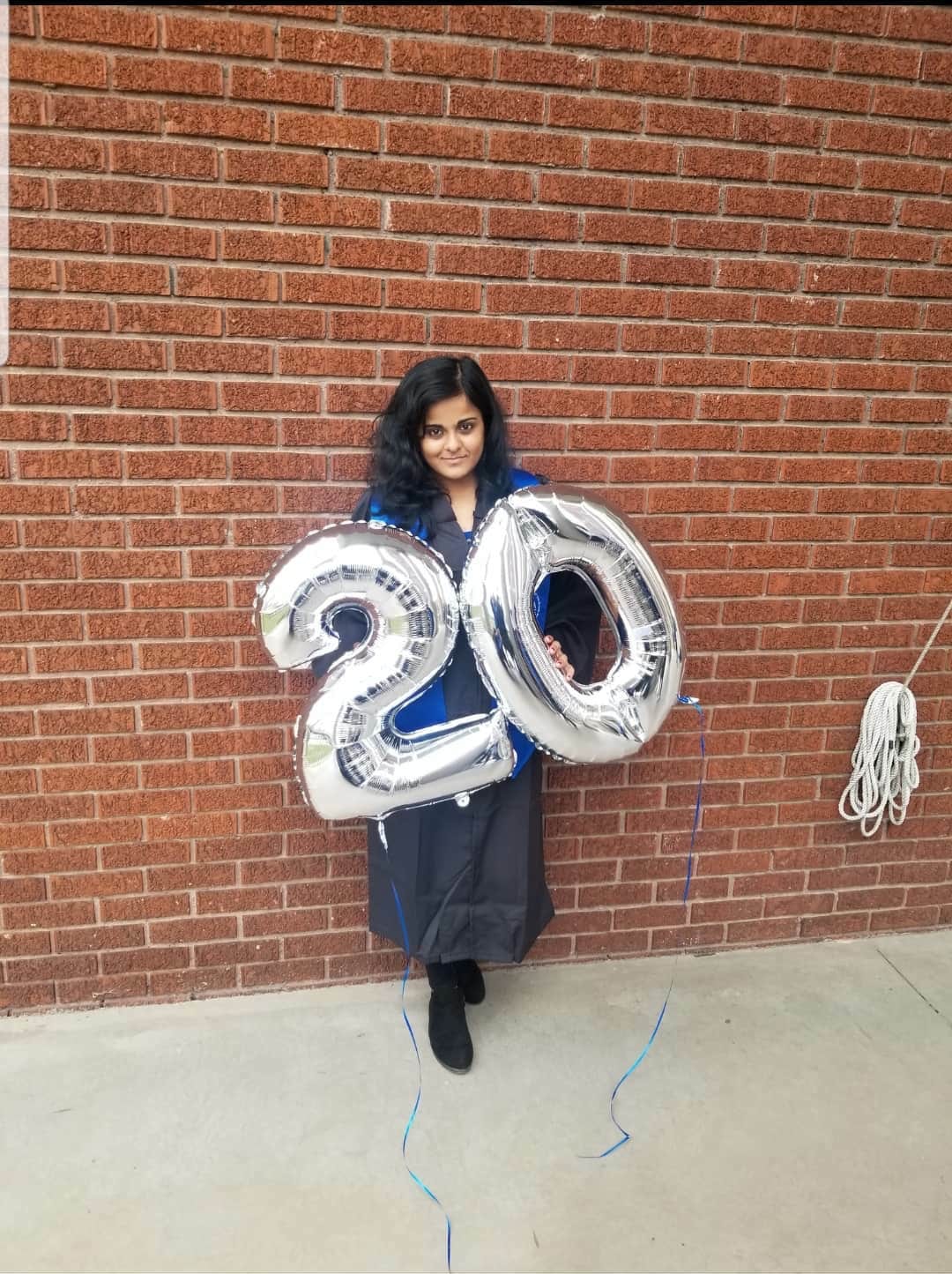 Ishara, 23, is a May 2020 graduate of Berea College, one of the first schools to close due to the coronavirus pandemic. She previously spoke to Elite Daily about losing her final college semester to COVID on March 12, 2020.

This past year was turbulent because nothing was certain. Last year, I expected to graduate in May, go home to Sri Lanka for three months, and then come back and work for a year ahead of graduate school. But then my school, Berea College, closed. And on March 17, 2020, the government closed all the airports in Sri Lanka. So I wasn’t able to go home, and I wasn’t sure where I would be a week, two weeks in the future. As of August, I’ve been living in Maine with a friend.

Since I came to the United States, I’ve gone home every year but not for very long. In 2020, I planned to take the whole summer and see my family for three months. It was really hard when that was taken away — I spent six months, from March until August, waiting for the airports to reopen. And they never did. I feel like I missed out on a lot. My grandfather passed away last year, and I was unable to see him. That was definitely the worst part.

Ending my college years, it would have been nice to have that transition period from student to adult. We didn’t really have a transition; we were just kind of thrown out of the nest, which isn’t anyone’s fault. It was just the situation. Mostly, I regretted not doing things when I had the chance. My friends and I had a lot of things planned for the last month of school that we could have done anytime. So, that’s changed my mindset to not wait, to not plan too far ahead, and try to get things done when you can.

Because everything was so sudden, I think our generation is kind of bound together. We will always be the Class of 2020 — the first class that graduated in the middle of a pandemic, the first class that was unprepared for it. So we’re all united in that way. We found out on a Tuesday that the campus was closing, and that Thursday night — near Berea, there’s a local bowling alley that gives you free drinks on Thursday nights if you’re over 21 — I think the entire campus was at that bowling alley until 1 or 2 in the morning. There wasn’t even space to bowl, it was so crowded. People were crying and hugging and dancing. It was an amazing night. Looking back, a big group like that was probably the worst thing you could have done during a pandemic, but at the time, we didn’t know to be worried.

I think that this is going to affect the entire way our generation views the world. Think of something as basic as a dance. Some people skip it or think they’ll go next year. Our class, we’re going to be at every dance. Nobody’s going to take the little things for granted anymore.

Why has June Brown quit as Dot Cotton after 35 years? – The Sun