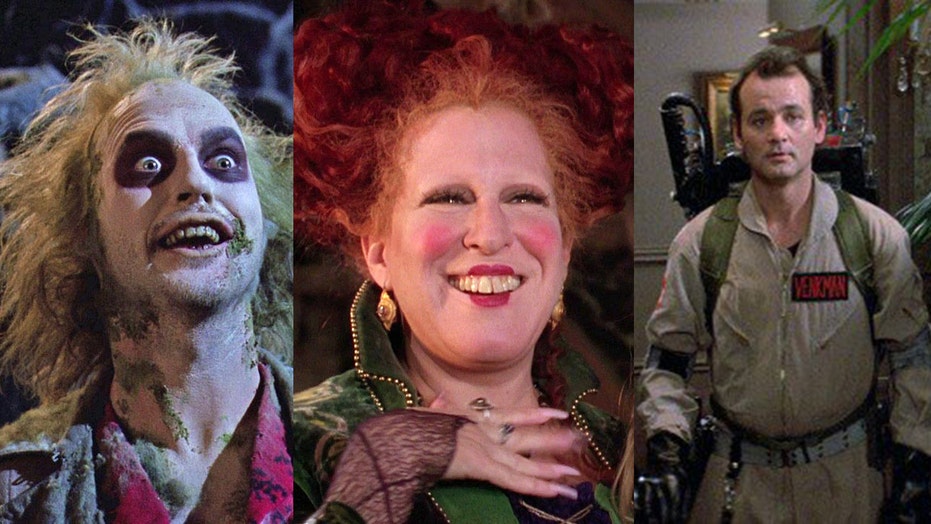 One of the best parts of Halloween is the movies.

Whether you’re looking for something goofy and family-friendly or something to spook your socks off, there are plenty of options for you to choose from.

Here are nine Halloween movies to stream, and where to find them:

One of 2018’s biggest hits, “A Quiet Place,” centers on a family living in a post-apocalyptic world forced to live in silence to avoid being ravaged by monsters.

Interestingly, the film was written and directed by John Krasinski – Jim on “The Office” – but that doesn’t make it any less scary.

Better yet, it now has a sequel that’s got just as many thrills and chills as the original.

A Halloween classic: “Psycho” centers on a young woman who visits a motel dominated by an angry, controlling psychopath.

A Hitchcock flick, you can get your jump-scare fix while watching this Oscar-nominated movie.

This 1993 comedy features Bette Midler and Sarah Jessica Parker as cooky 17th Century witches who are brought back to life by a boy from modern Salem.

No need to fear, the kids will love this one.

Where to find it: Disney+, Amazon Prime, Microsoft Store, iTunes, Vudu, Google Play, YouTube. It also airs frequently on Freeform throughout the month of Oct.

Another one for the family, this movie is an adaptation of R.L. Steine’s children’s books.

This one focuses on all sorts of creatures escaping from a storybook, with Jack Black and his crew working to save the day.

Based in another post-apocalyptic world, Sandra Bullock has to safely transport other people’s kids to an oasis, evading monsters that they have to avoid seeing at all costs.

Where to find it: Netflix

Everybody loves a friendly ghost, or at least Kat and Dr. Harvey do once they meet him in their new digs: a haunted, crumbling mansion.

What’s Halloween without Bill Murray and his proton pack?

Follow him and his crew as they try to rid New York City of all kinds of spooky spirits.

The whole family will love watching the eccentric Beetlejuice help a recently deceased duo get rid of the living inhabitants of their home.

The long-running “Halloween” franchise featuring the murderous and masked Michael Myers returns for a ninth entry in the saga.

This time around, people terrorized by Myers team up to try and put a stop to his crimes.

“Halloween Kills” will hit theaters and stream on Peacock on Oct. 15.

Where to find it: In theaters and on Peacock on Oct. 15.

Why we'll NEVER stop believing in The Secret

Elsa Patton, The Jewel Of "The Real Housewives Of Miami", Has Died