Jonathan Rivera and Janelle Miller are expecting a baby boy, he revealed on social media while showing off his fiancee’s growing baby bump!

90 Day Fiancé alum Jonathan Rivera and his fiancée are expecting their first child together! The reality star turned real estate broker, 34, shared the good news in a Facebook post on March 28, writing, “We’ve been keeping a little secret…We will be welcoming our first child, our son, in August! We love him so much already, we couldn’t be more excited. #firstborn.”

In the post, Rivera shared a stunning photo of his wife-to-be, a sports marketing agent, cradling her baby bump in a black beach coverup while standing near the ocean. The expectant mom, 33, who wore a cheetah scarf on her head and black sunglasses, looked down at her belly in the scenic snap.

The couple’s announcement came nine months after Rivera popped the question in June. He confirmed the news in a post on Instagram, noting that his engagement to Miller is the “easiest decision I’ve ever made.” Rivera went public with the romance in May of 2019 — nearly one year after finalizing his divorce from 90 Day Fiancé star Fernanda Flores in March of 2020. 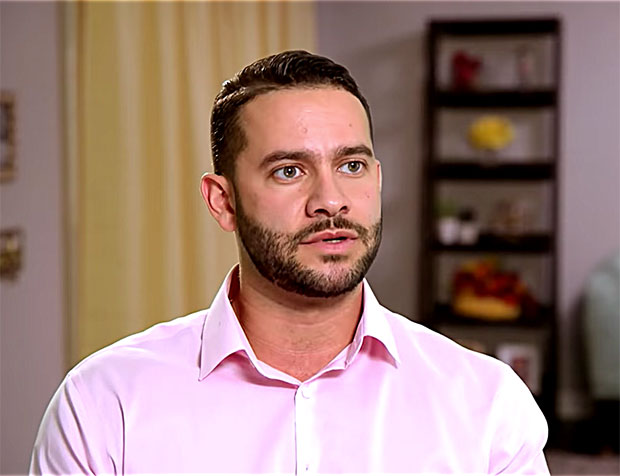 At the time, Flores took to social media to celebrate her new relationship status. “Officially single!” she wrote on Instagram alongside a smiling snap of herself. “By forgiving and closing chapters you open your heart to more blessings to come in your way. I can’t thank you enough to all my followers, friends and family for all your love and support in all this journey,” she continued, adding, “This isn’t a failure; this is a win! Excited to see what God has planned for me.”

Rivera and Flores, a Mexico native, met at a club while he was vacationing in Mexico. They went on to star in season 6 of 90 Day Fiancé and tied the knot in May of 2018 — three months after their engagement.

Since appearing on the hit TLC show, Rivera has stepped back from the spotlight. His Instagram account is set to private, despite his Facebook being public. He currently resides in Michigan, according to his public social media. — Congratulations to the family of three-to-be!