Prince Philip’s funeral was broadcast to the nation yesterday as people watched Queen Elizabeth II say goodbye to her husband. During its broadcast, Gogglebox stars Jenny Newby and Lee Riley posted a poignant message to their followers reminding them the Royal Family are “all human”.

The small-screen stars of Channel 4’s weekly show hit out at those who were criticising the coverage of Prince Philip’s funeral.

Alongside this, they penned a poignant message to their 423,000 followers.

This read: “Whatever your feelings on the Royal Family or the coverage of it on telly. 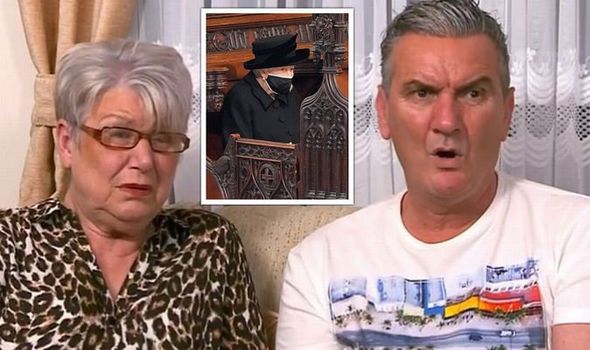 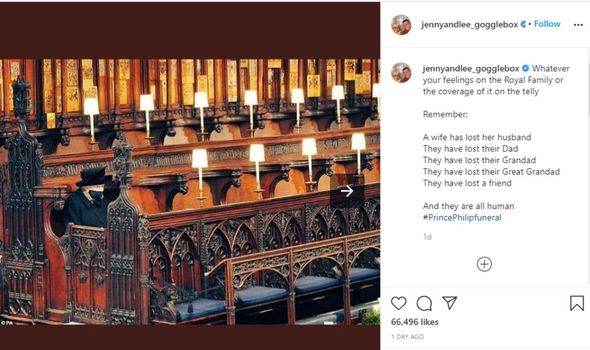 “Remember: A wife has lost her husband.

“And they are all human #PrincePhilipfuneral.” 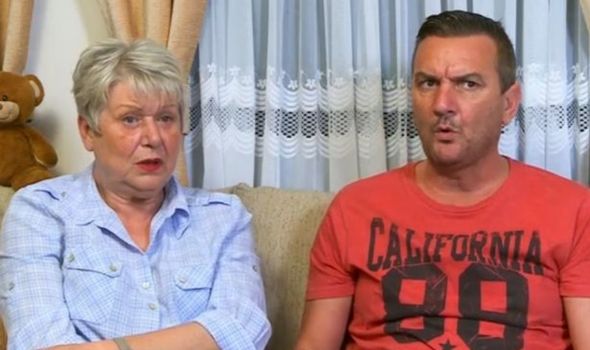 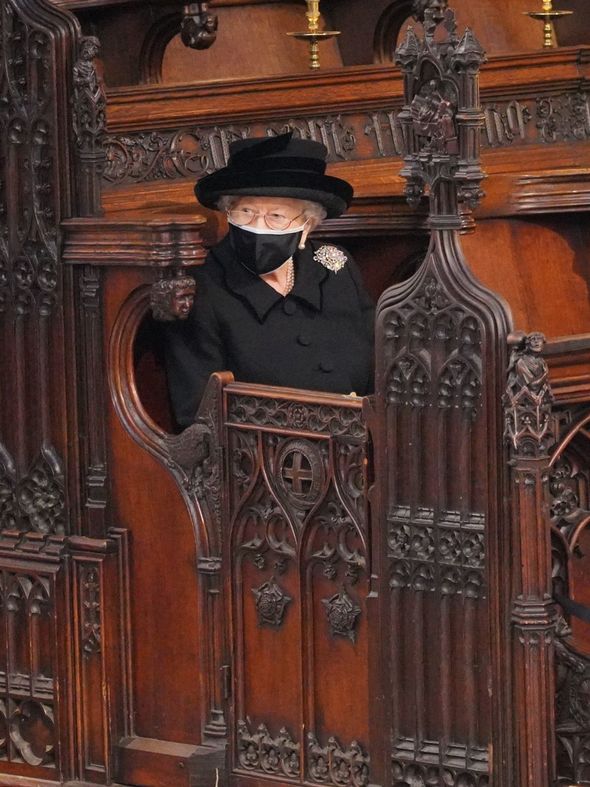 Many of their fans agreed with them as the post garnered more than 66,000 likes.

Posting below, one wrote: “Well said. So sad to see our Queen sitting on her own.”

Another added: “My heart is just broke for her (sic).”

“Well said you two legends!”, a third replied. “So sad seeing her on her own!” 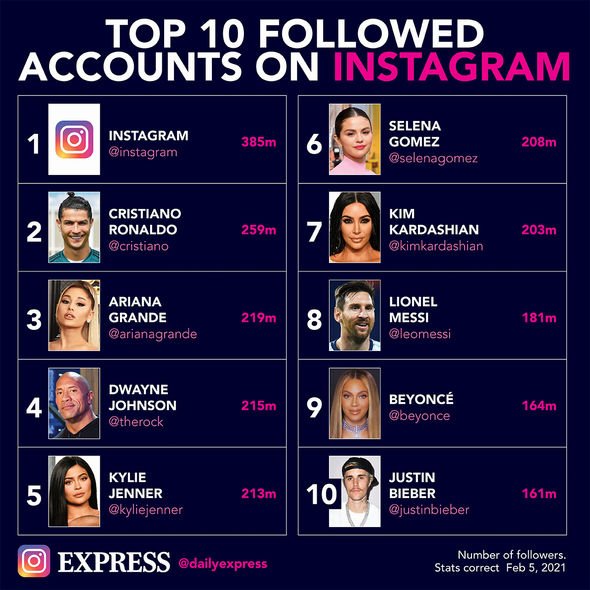 A fourth penned: “Well said, if people haven’t got anything nice to say they should keep quiet.”

This follows the pair paying tribute to Prince Philip on last week’s episode of Gogglebox.

The show filmed the families reacting to news of his death during the episode.

Jenny was in tears and said: “I don’t know what to say, it’s the first time I’ve been lost for words.”

Lee then added: “I’ll let you off this time you can cry.”

Jenny and Lee also posted on Instagram after the news of his death came out last week.

The pair penned: “Such sad news RIP Prince Philip Duke of Edinburgh GOD SAVE THE QUEEN.”

Their Gogglebox co-star Ellie Warner also replied to the post, airing her own shock.

She wrote: “Can’t believe it so close to his centenary year.”

Gogglebox airs on Fridays at 9pm on Channel 4.

Velour Tracksuits Are Making a Comeback, So Shop These Options ASAP