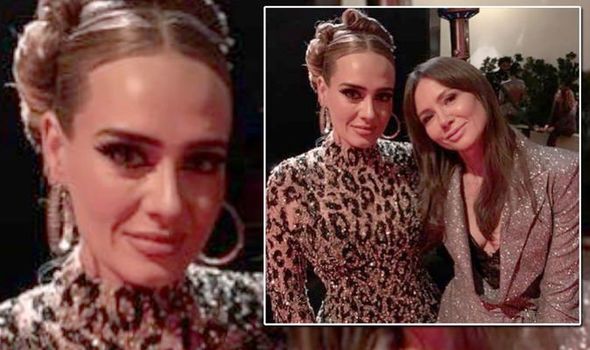 The mum-of-one flaunted her new figure in an animal print number at the star-studded post-Oscars bash hosted by Beyonce and Jay Z.

The Skyfall songstress looked incredible in a social media snap from the bash.

In the image, which was posted online by TV host Kinga Rusin, Adele could be seen cosying up to the television star while posing for a picture.

She looked sensational in a figure-hugging leopard print dress while the brunette beauty wore a sparkly suit with a very plunging top underneath.

Adele’s long-sleeve number also featured a high neckline and nipped at the waist to showcase her trim figure and recent weight loss.

The newly-single star wore her hair in an intricate up ‘do for the showbiz party and enhanced her good looks with glam evening make-up. 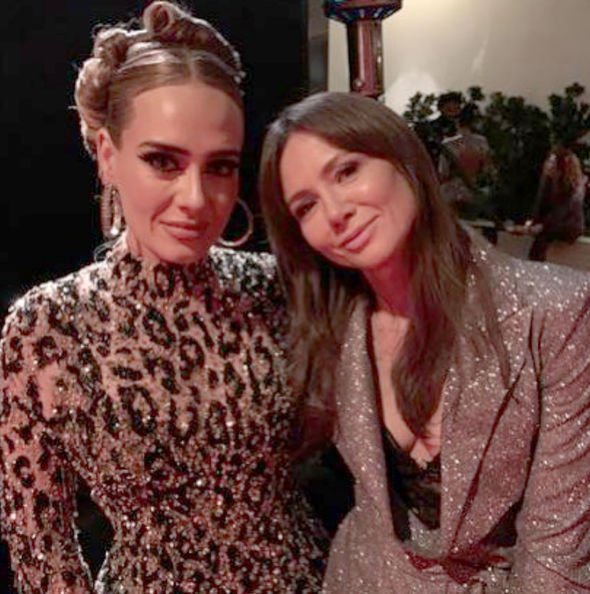 Kinda, a popular Polish TV presenter, told her 495,000 followers that she spoke to the award-winning artist about shoes.

Name-dropping an impressive list of movie stars and famous faces who were at the bash, she also revealed that guests are given a set of slippers as they enter.

According to the post, Adele was urging her to swap her heels for the comfy footwear. 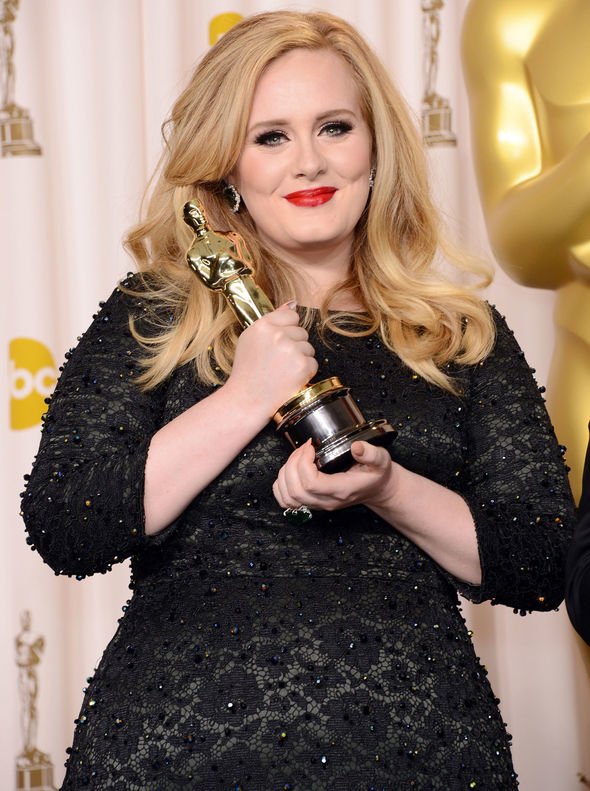 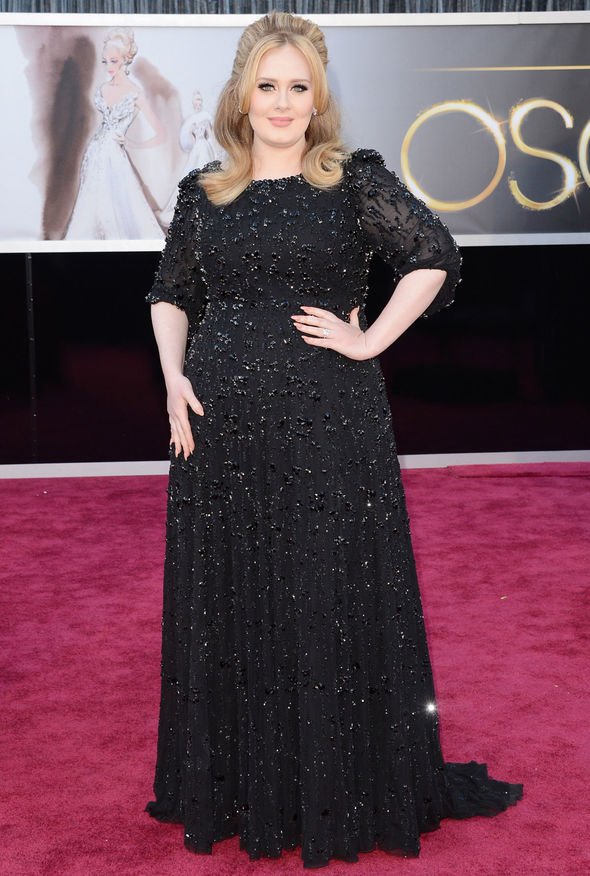 Back in 2013, Adele attended the prestigious Academy Award ceremony in Hollywood and won her first Oscar for a song she co-wrote.

Skyfall, the theme song for the James Bond movie of the same name, won the Best Original Song Academy Award.

The same year, it also won her a Grammy Award, a Golden Globe and a Brit Award.