Tons of famous women used their voice and platform to fight for reproductive rights as part of the 2021 Women’s March!

Women, nonbinary people, and men all across the United States showed support for abortion rights on Saturday October 2 as part of the Women’s March. Besides the main march in Washington D.C., there were over 600 sister marches across the country, including in New York and Los Angeles. Many female celebrities used their platform to show their support for the women’s march and access to reproductive healthcare.

The Los Angeles Women’s March was broadcasted and featured tons of guest speakers voicing the importance of continuing the fight for reproductive rights, especially following Texas’ new abortion law, which makes it illegal for women to get an abortion after six weeks. Perhaps more troubling than the Texas law was the fact that the Supreme Court allowed it pass in a 5-4 vote. Many of those protesting at the March, voiced anger not only at Texas legislators, but also SCOTUS. Comedian Amy Schumer and actress Jennifer Lawrence posed for a photo together, where they both held up signs. Amy’s sign read, “Abortion is essential.” Jennifer’s sign said, “Women can’t be free if they don’t control their bodies.” The comic had a quip about how important it was to stand up for women’s rights with a short Instagram caption. “I don’t have a uterus and she is pregnant but we out here,” she wrote.

Speakers like Raven Symoné likened the fight for abortion access to LGBTQ rights. “I think it’s really important to participate in a march like this, because, in numbers, we can change things. And, you know, gay marriage wasn’t acceptable until everyone came together, and made noise, and made a stink about it and things changed, And now, I can get married. So, I believe that this form of activism can work and that’s why I’m here,” she told HollywoodLife EXCLUSIVELY. 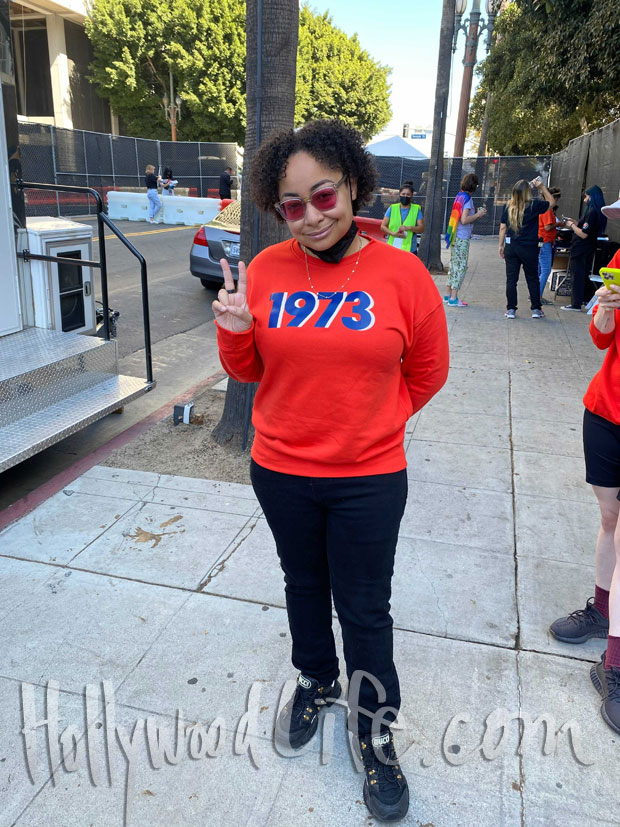 There were many more speakers like Alyssa Milano, who called out Republican men for trying to legislate what a woman can do with her own body. “I am tired as a woman. I am so tired of having to continually prove that my body is my own,” she said. “I am so tired of Greg Abbott, of Brian Kemp and Ron DeSantis and f**king Brett Kavanaugh having a single word to say about anyone’s uterus. Brett Kavanaugh has no business anywhere near my reproductive rights.” She called out the Supreme Court for allowing the law to pass. “What do we say to Brett Kavanaugh to Clarence Thomas to Amy Coney Barrett and the rest of the Supreme Court: My body, my choice. Make no mistake,” she said. 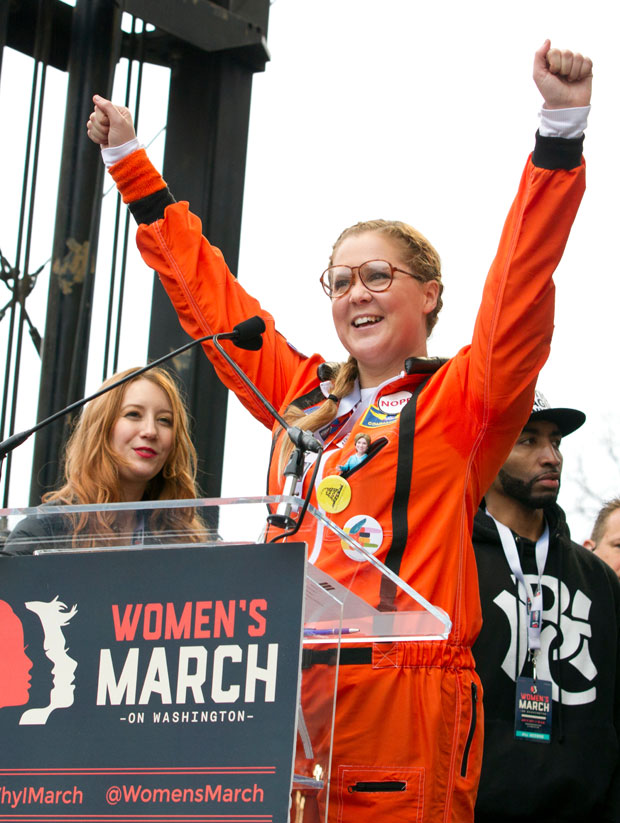 More stars expressed their anger at current legislature and called on the crowd to continue the fight! Maria Shriver assured the crowd that they were “on the right side of history,” by protesting. “What’s going on in Texas is absolutely despicable which is why I’m here to fight, march, and champion for reproductive rights,” Rachel Lindsay said. “I’m from a history of women who were slaves, and who never had any rights. I know what that is from my DNA, the blood memory in my body speaks of that. We are not going back to slavery,” Debbie Allen said.

Celebrities weren’t the only ones attending the march activists like Paxton Smith and Planned Parenthood CEO Ken Lambrecht were also featured to speak out in support of women’s rights. “We cannot, we will not, go back to the days when the only way to end an unwanted pregnancy is to risk our lives,” Paxton said. “We will keep fighting the courts until we win,” Ken vowed.

GameStop's three largest shareholders have gotten $3B richer in rally

Armie Hammer Had A Very Different Kind of Job During Quarantine