Bebe Rexha has no time for games. The “I’m a Mess” singer, 29, called out an unidentified football player for continuing to text her while he’s married with children.

“Do you ever have that one guy that always comes in and out of your life,” she wrote on Instagram Stories on Friday, December 28. “And they are cheaters and waste your time.”

The 2019 Best New Artist Grammy nominee then shared a text exchange that began with a question posed to her about when the man, who referred to her as his “friend,” would see her again.

Rexha was cordial but cool in her response, answering, “I’ll be performing on New Year’s Eve. On NBC. Happy New Years my friend.”

The texter indicated that he had meant to ask when he would see in her person, writing, “Omg. Or on tv lol. Not on TV,” to which she replied, “I’ll be performing in San Jose in January.” 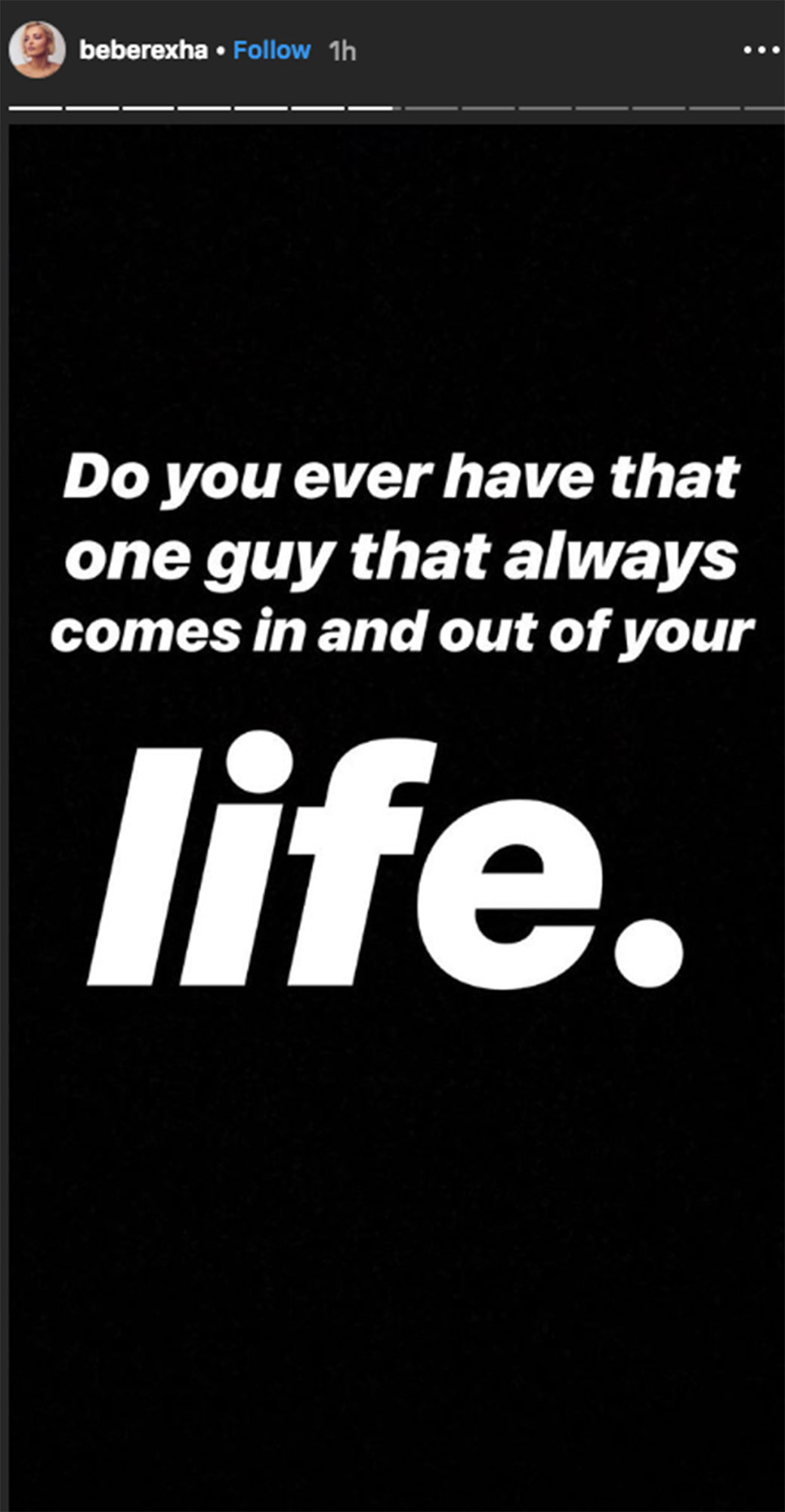 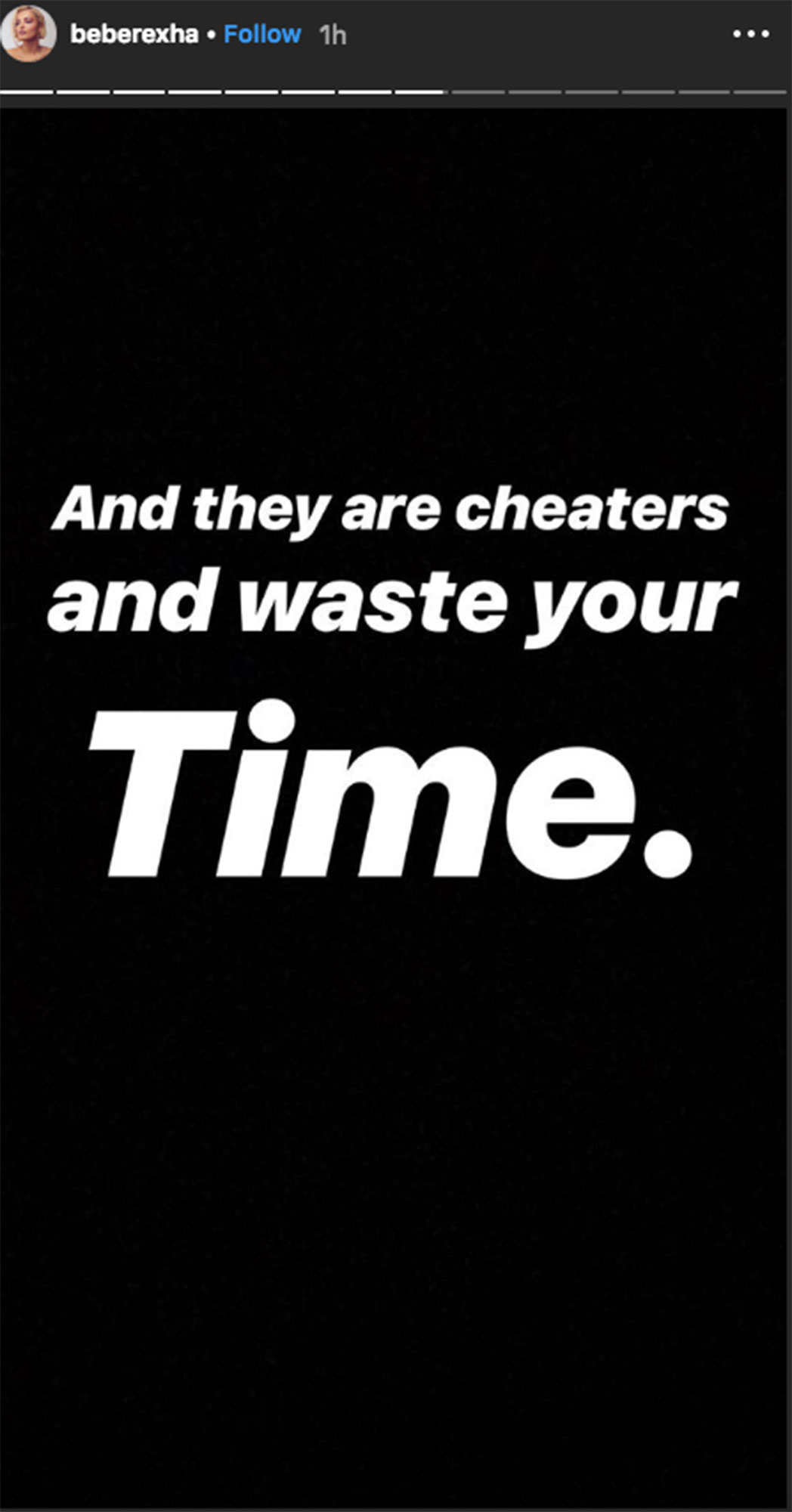 She elaborated on her frustration further in a subsequent Story. “You’re married and have three kids,” she wrote. “Be a good role model and play your sports and leave me the f–k alone. Don’t be texting me ‘hey friend’ especially if you’re a married man. That s—t don’t fly with me. Go back to playing football. If only you guys knew,” along with the face-palm emoji. 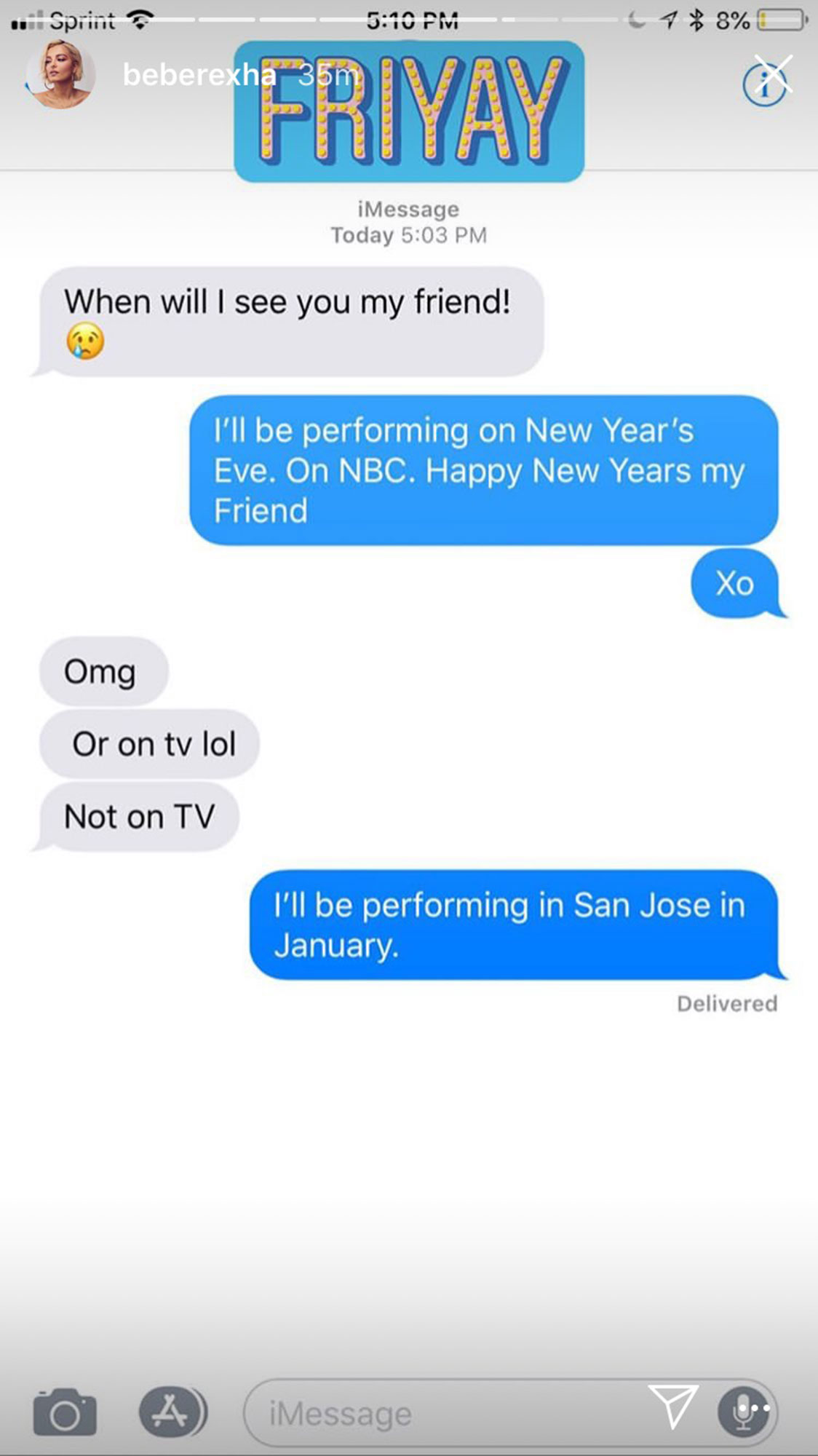 The singer then polled her fans about whether or not it was appropriate for a married man to text single women and call them ‘hey friend.’

“I feel bad for writing that but it’s how I feel,” she concluded.

Rexha performed her hit single at the SAP Center in San Jose, California, on December 1.

In Pictures: Thousands gather for 2019 Women's March in Washington DC