Beyoncé is sending her support to Meghan Markle. The “Formation” shared a message for Meghan on her website on Tuesday, two days after Meghan’s bombshell interview with Oprah Winfrey.

The interview, which aired on CBS on Sunday, saw Meghan and her husband Prince Harry open up about their exit as senior members of the royal family. The Duchess of Sussex also got candid about the racism she’d experienced and struggles with her mental health.

“Thank you Meghan for your courage and leadership,” Beyoncé wrote. “We are all strengthened and inspired by you.”

Beyoncé included a photo of her and Meghan’s meeting at the London premiere of The Lion King in July 2019. The moment made headlines, as Beyoncé broke royal protocol by giving Meghan a hug. 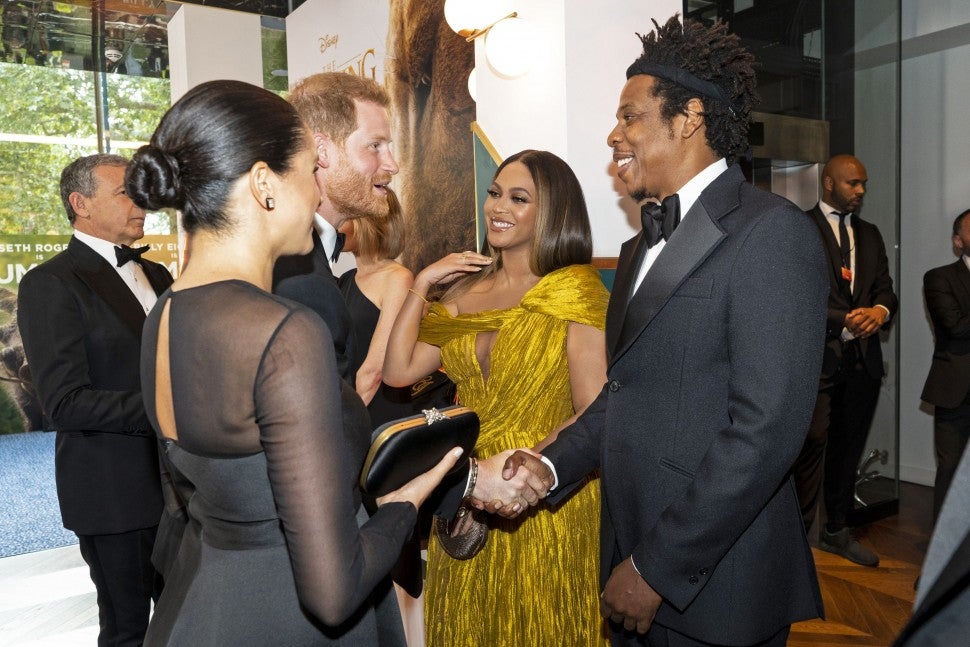 “Hugging a royal, no, it’s not standard protocol,” royal expert Katie Nicholl told ET at the time. “So yeah, I think Beyoncé got special treatment by Their Royal Highnesses. They were really, really thrilled to meet her, as told by a palace source. It was the very first time, in fact, that either Meghan or Harry had met Beyoncé. And you could see that. … [Beyoncé] also embraced both of the royals. There’s a lot of sort of very tactile chemistry going on with Beyoncé with her hand around Meghan’s lower back,  and also with Harry’s two kisses for her as well — certainly not what we usually expect of royal protocol.”

Beyoncé — who called Meghan “my princess” — was also heard expressing admiration for the duchess and talking with her about their children.

See more on Meghan in the video below.

TALK OF THE TOWN: Sofia Abramovich rings in 2021 with a diamond