Billie Eilish was born and raised in Los Angeles, California. Growing up, Eilish’s parents were both involved in the entertainment industry.

From her backyard to her genetics, it only seemed like a matter of time until Eilish got involved in the music business herself.

However, as her fame progresses, fans can’t stop talking about how old Eilish makes them feel. 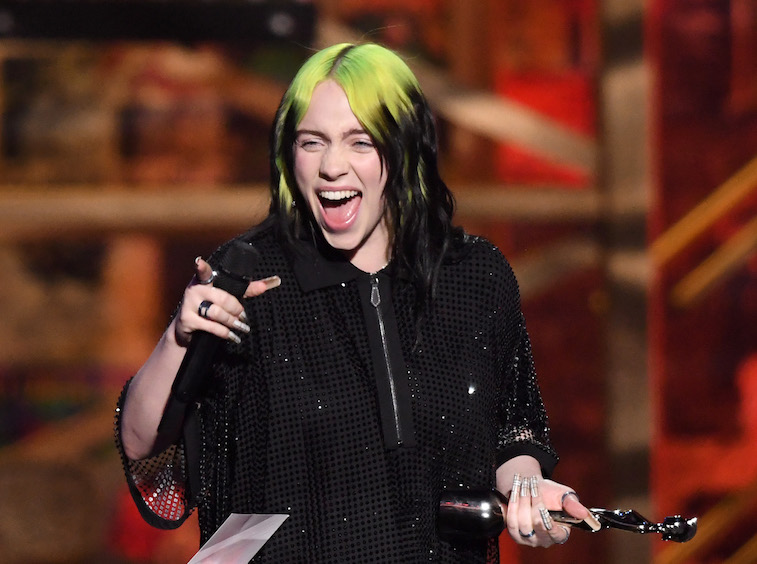 The Beatles and Avril Lavigne are two musicians Eilish listened to while growing up. For the beginning of Eilish’s life, she was homeschooled. From a young age, she enjoyed expressing her passions. She grew up with her eldest brother Finneas O’Connell. Her brother would end up playing a vital role in the discovery of her musical talent.

Her brother and his band had asked Eilish to help them record the song “Ocean Eyes”. The two siblings eventually shared the song on SoundCloud where it blew up.

This song would ultimately be the big breakthrough that would change everything for Eilish and her music career.

Eilish made history at the 62nd Grammy Awards this past January. No one was expecting the young musician to end the night with a total of five Grammys. Her most noteworthy win of the evening came with Album Of The Year for When We All Fall Asleep, Where Do We Go? It was a night for the books for Eilish.

Not to mention, no one could stop talking about the unique look Eilish managed to pull off while accepting all of her rewards. Her Grammys look was signature of her eccentric and eclectic style.

Eilish’s name continues to dominate the headlines with her latest release. Eilish was selected to create the theme song for the upcoming James Bond film. Coming full circle in her musical career, she worked with her brother to produce “No Time To Die.”

Eilish work-ethic and skills have helped her reach the levels of success that she has. There is no doubt that Eilish is extremely talented, but her fans still seem uneasy when it comes to the topic of her age.

Fans of Eilish are struggling with feeling exceptionally old when they realize this young star is in fact only 18 years old. It becomes even more difficult when Eilish’s age is put into context.

This article outlines a list of popular things that are older than Eilish. From films like Bring It On to iconic items like the BlackBerry, there are many things on this list that will really have Eilish fans doing a double-take. Yes, unfortunately, the Razor scooter is older than Eilish.

When looking at Eilish’s success and age it is nothing short of impressive. Eilish is a talented and young musician who is making history. Her reputation reflects her passion and hard work. If Eilish doesn’t let her age stop her then fans should adopt the same mindset. The public and fans everywhere are looking forward to all of the legendary work she will likely complete in the years to come.