Products featured are independently selected by our editorial team and we may earn a commission from purchases made from our links; the retailer may also receive certain auditable data for accounting purposes.

Billie Eilish has teamed up with Amazon for a re-imagined version of their Echo Studio, overlaying the album artwork from Eilish’s latest release, Happier Than Ever, over Amazon’s popular smart speakers.

The new Billie Eilish Limited-Edition Echo Studio is adorned with a photo of Eilish at the forefront, set against a backdrop of soft, beige-hued fabric. Like all Amazon Echo devices, you’ll be able to listen to music through the speakers, and ask Alexa to check the weather, set a reminder or read you the news. The new Eilish Amazon Echo Studio will also let fans ask Alexa to play the singer’s playlists and songs on Amazon Music (I.e. “Alexa, play the Billie Eilish Takeover on Amazon Music,” or “Alexa, play Getting Older by Billie Eilish”).

The 80 Greatest Dylan Covers of All Time 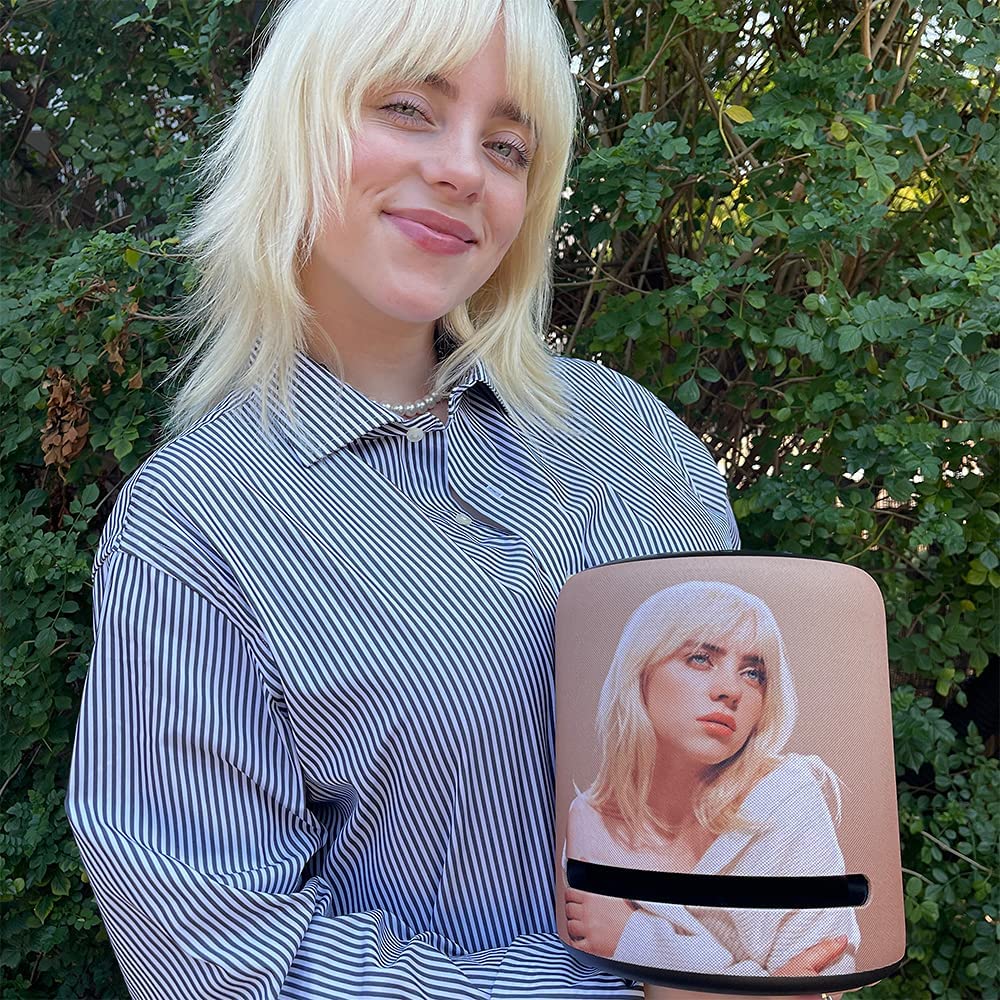 Amazon says they are adding even more fan-driven features to the Echo Studio, including setting up Eilish-inspired wakeup calls or routines, by having Alexa play your favorite Eilish song at a specific time in the morning. Coming soon, the company says you’ll also be able to set special Billie Eilish alarms.

The Amazon Echo Studio is one of the best smart speakers available online, with rich, high-fidelity sound and thousands of songs available in spatial audio (think: room-floating, 360-degree sound) through Amazon Music Unlimited.

The Echo Studio has been fine-tuned with technology that automatically senses the acoustics of your space too, working to deliver optimal sound and clarity no matter where you put the device in the room. Spec-wise, the Echo Studio has a 5.25-inch woofer and 330W of peak power to produce deep, rumbling bass, along with a one-inch tweeter and three, two-inch midrange speakers for crisp mids and highs (that’s five built-in speakers in total).

Of course, the Echo Studio can become a smart home hub as well, letting you set your lights, timers and control your smart home devices in one place.

The new Billie Eilish Limited-Edition Echo Studio retails for $229.99 and is available to pre-order here. The unit will ship in October. A bonus: Amazon is giving all customers a free six-month subscription to Amazon Music Unlimited when you purchase the device.

“My new limited-edition Echo Studio is available for pre-order now,” Eilish says, in a release. “I can’t wait for my cutie fans to be able to listen to my new album Happier Than Ever in spatial audio, available on Amazon Music Unlimited.”

Feast in the Sky! Kim Kardashian and More Stars Eating on Private Jets