One day after their elimination from ‘Dancing With the Stars,’ Brian Austin Green and Sharna Burgess put on a united front as they stepped out in Malibu holding hands.

Brian Austin Green and Sharna Burgess are getting back to their regularly-scheduled routines after being eliminated from Dancing With the Stars. Without a rigorous rehearsal schedule to stick to, Brian and Sharna were able to spend the day relaxing while out and about on Oct. 13. The DWTS partners and real-life couple were photographed holding hands while out and about in Malibu. They dressed casually for the outing, with Sharna makeup-free and in sweats, while Brian rocked a t-shirt and shorts. 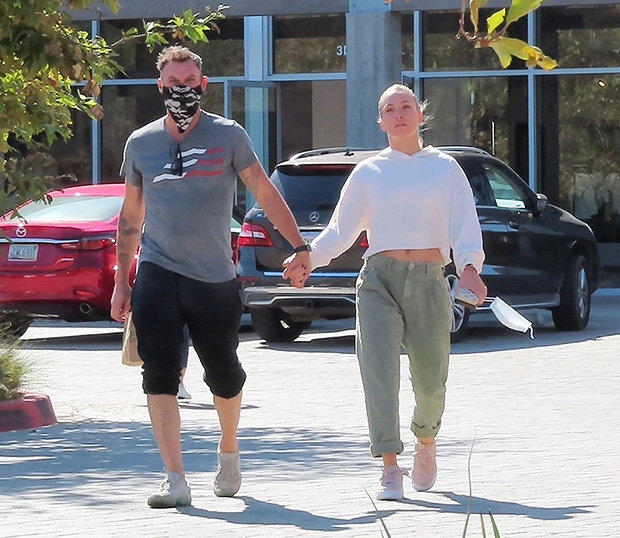 After falling at the bottom of the leaderboard following two dances on DWTS this week, Brian and Sharna were the first couple sent home in a double elimination on Oct. 12. When the two didn’t do post-show press after their elimination, fans wondered whether they were angry about being sent home. However, Sharna took to her Instagram Story on Oct. 13 to shut down the rumors and explain what happened. She and Brian also seemed in good spirits as they discussed the show.

“I just wanted to clear something up real quick. We didn’t leave before press started. We did wait a good 30 minutes on the Zoom link green room waiting to do press, but nothing came through to us. Apparently there were some mix-ups with the Zoom links last night. Then, we had to go to the people who were getting us out of our wigs and all that. There were people waiting for us to do that.” Brian added, “We weren’t, like, salty and wanted to f***ing storm out of there!”

'Dancing With The Stars' Season 30: Photos Of Tyra Banks & More 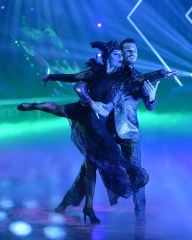 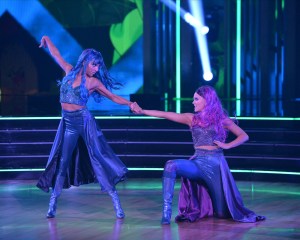 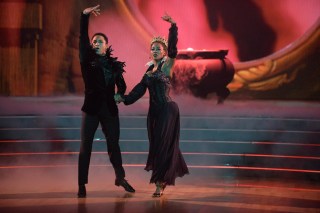 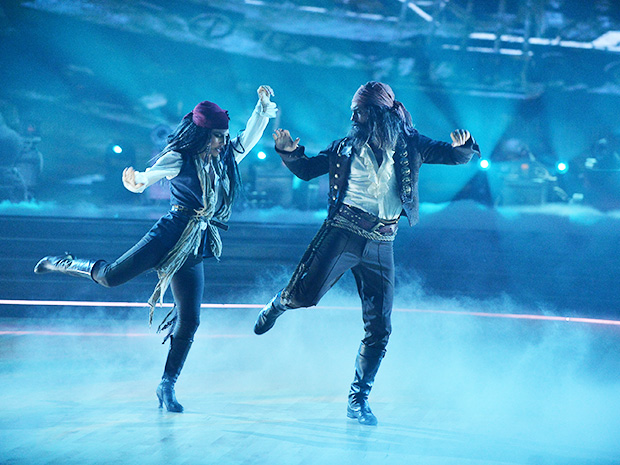 Sharna praised everyone else left in the competition as “amazing” and said that she and Brian are “deeply grateful” for the time they got to be on the show. “It’s all love and it’s all good,” she concluded. “We did not skip out on press. We’ve been talking about doing a live, maybe a little later in the week, so we can do a little recap of our experience and maybe take some questions if you want us to. We’ll do that a little later, but for now, we’re just going to enjoy each other today and enjoy not having anything to do other than that. We will be cheering everyone else on with absolute joy and pride and excitement.”

Brian agreed with Sharna’s sentiments, and added his own thank you to the fans. “Thank you so much to everybody who supported us and voted for us and was there for us,” he gushed. “It was a really great experience for us, not only with the people we met, but with the fans that supported us and just getting to dance with each other.”

Brian and Sharna got together at the end of 2020, several months after his split from ex-wife, Megan Fox, who he shares three kids with. They signed up to work together on DWTS, despite admittedly having some reservations, and seem to have only grown closer from their time on the show! Now, without the stress of dancing on the back of their minds, they’ll be able to get back to their regularly scheduled programming.

Pair Your Dresses With These Must-Have Booties

Tracee Ellis Ross Says It Was 'Terrifying' to Sing as Diana's Daughter: 'I Could Be Taken Down'