Brooklyn Beckham perfectly channeled mom Victoria Beckham and her bandmates in a hilarious Spice Girls parody. Watch him star in the ‘Say You’ll Be There’ video!

We can truly guarantee that you’ve never seen the Spice Girls like this. Brooklyn Beckham, 22, paid homage to his mom, Victoria Beckham, and her bandmates with a hilarious parody video on Instagram… that starred Brooklyn as each and every one of them. Just try to get the image of an-all Brooklyn version of “Say You’ll Be There” out of your head.

His ‘shopped version of the iconic 1996 Spice Girls music video starts with him as Posh Spice, naturally. In the video, Posh (aka Victoria) rocks a black leather catsuit and gloves while supporting a massive bouffant bob hairdo. Brooklyn then morphs into the rest of the gals — Baby Spice (Emma Bunton) with her blonde pigtails, Ginger Spice (Geri Halliwell) with her signature fiery red locks, Sporty Spice (Melanie C) in hot athleisure, and Scary Spice (Melanie B) in a leopard bustier.

It’s quite the sight! When Brooklyn’s not busy impersonating a 90s girl group, he’s walking the runway or loving up on his fiancée, Transformers: Age of Extinction star Nicola Peltz. Brooklyn recently revealed that he purchased a ring dedicated to his love. The ring has “Nicola” written on the outside of the band in gothic font, and “love of my life” etched on the inside, he revealed in a March 4 Instagram Story. How romantic is that? 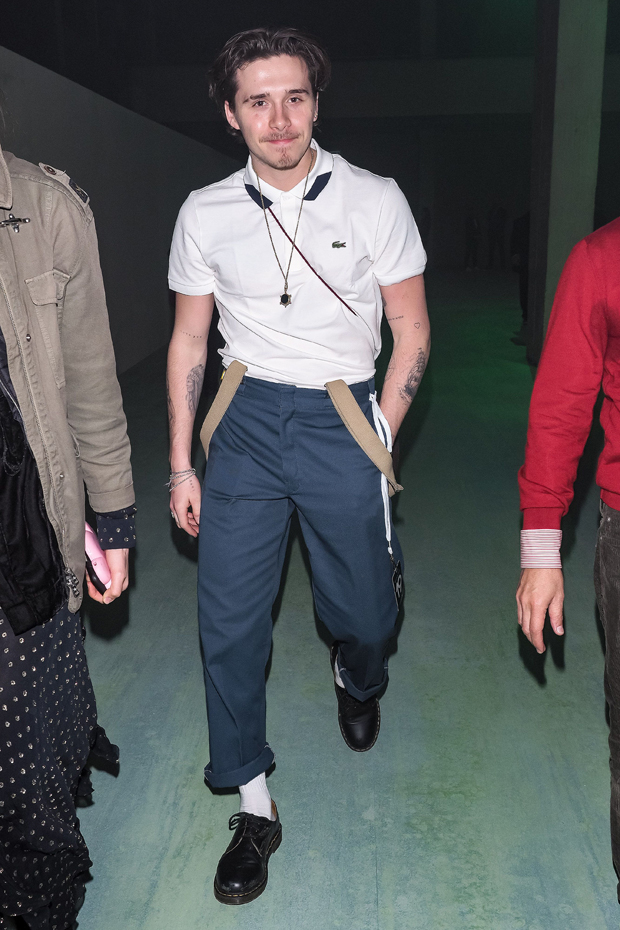 Brooklyn’s new piece came six months after fans speculated that he and Nicola were already married. The couple were spotted in August leaving leaving his mother’s Dover Street store in central London store — and Brooklyn had a gold band on his left ring finger. This was the second time that Brooklyn rocked the ring, which featured a solitary diamond.

The truth about Prince William and Prince Harry’s relationship

Poundworld announces it will close 80 stores with 1,000 job losses

Greatest Showman star Sam Humphrey, 24, 'fighting for his life' as he prepares for risky op