Loose Women’s Carol McGiffin has revealed she is ‘sick with worry’ that her breast cancer will return after her hospital check ups were cancelled due to coronavirus.

The ITV star, 60, – who has had the all clear for five years – said that she was forced to miss monthly appointments from February this year that are vital in monitoring if the condition had returned.

In an emotional chat with Coleen Nolan on Monday’s panel show, Carol said: ‘I had breast cancer, it was a triple negative tumour which is the kind that can’t be treated with hormone therapy. 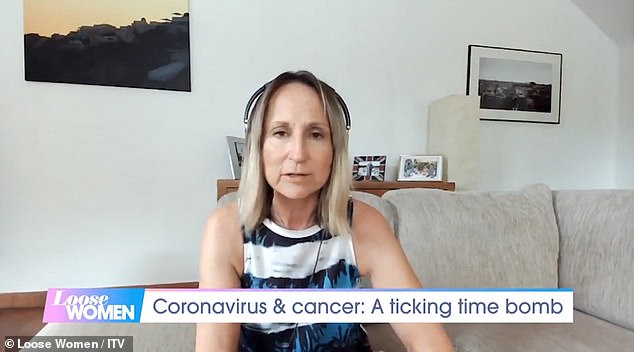 Stress: Loose Women’s Carol McGiffin has revealed she is ‘sick with worry’ that her breast cancer will return after her hospital check ups were cancelled due to coronavirus

‘It’s quite likely that it might come back one day. I’ve had the five years all clear, that was in last November.

‘But I have got three or four conditions that need to be monitored as a result of that cancer.

‘If they’re not monitored they could easily turn into something. All those appointments I should have had in February, March, April, May, they were all cancelled.

‘None of them have been re-booked apart from one in November which I’ve just found out has been cancelled again. 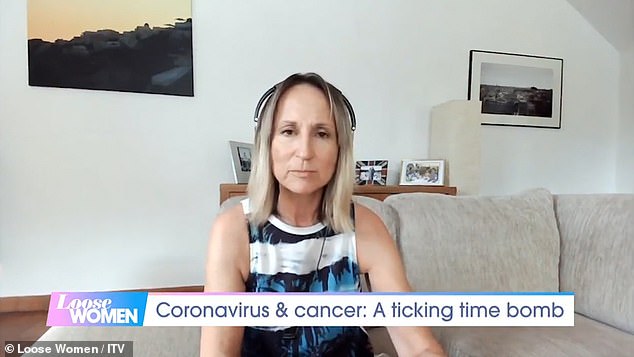 Worry: The ITV star, 60, – who has had the all clear for five years – said that she was forced to miss monthly appointments from February this year

‘It worries me a lot because if I have got things which could potentially be cancerous, the amount of stress I’m suffering just because of lockdown and coronavirus and probably for different reasons than a lot of people, worry and stress is a big contributory thing to cancer.

‘I do worry quite a lot that if I have got something, that stress and worry about not being able to get it checked will have exacerbated it.’

Carol was diagnosed back in 2014 after discovering a lump in her left breast which she then found out was a tumour.

She had a mastectomy, an intensive course of six rounds of ­chemotherapy and 15 sessions of radiotherapy.

In 2018 she also expressed her fears about her cancer returning. Speaking to Best magazine, Carol admitted: ‘I will probably still die from cancer. But I don’t think it will be tomorrow so I’m getting on with stuff.’ 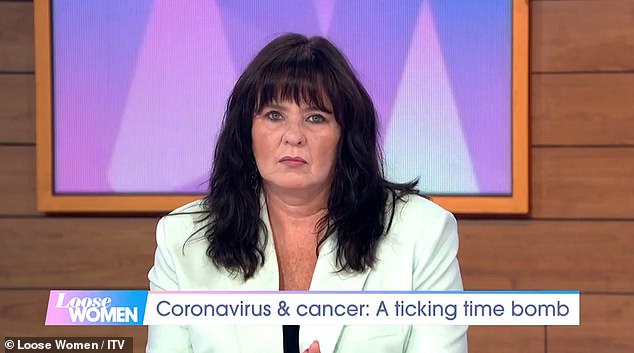 Emotional: Coleen Nolan then also expressed her worry over the same issue as her sisters Linda and Anne are currently both undergoing treatment for liver and breast cancer

On Monday’s show Coleen then also expressed her worry over the same issue as her sisters are currently both undergoing treatment for cancer.

She said: ‘The worry of it and the stress is what scares me most. My sisters who are going through treatment have been really lucky because they haven’t had anything cancelled.

‘I had my own yearly checkup cancelled in April and then my sisters were diagnosed with their cancer so instantly I thought I’d missed my appointment, this is a sign they’ll leave it until later and find it.

‘I was so worried. On Friday I was able to get in but I know of people who haven’t.’

In June it was revealed that almost 2.5 million Britons have not been screened, tested or treated for cancer because the Covid-19 pandemic has caused disruption in the health care system.

Routine check-ups were cancelled in order to limit the amount of people entering hospitals to stop the spread of coronavirus.

Coleen made an emotional return to Loose Women last week, where she spoke about her sisters Anne and Linda’s cancer diagnoses.

The TV presenter, 55, was left devastated after Anne, 69, was diagnosed with stage three breast cancer while Linda, 61, discovered she has incurable liver cancer just days later.

Coleen told her Loose Women co-stars that ‘cancer has devastated my family,’ and admitted she is considering having a mastectomy. 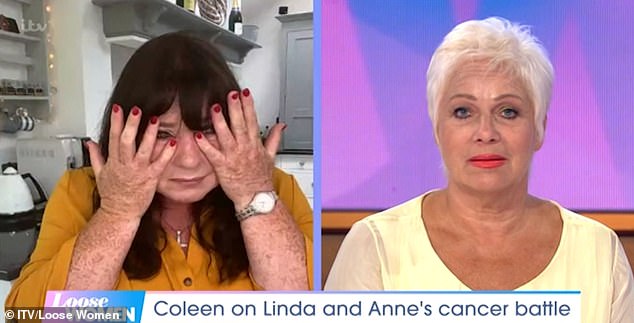 Opening up: Coleen made an emotional return to Loose Women last week where she spoke about her sisters Anne and Linda’s cancer diagnoses

‘My kneejerk reaction when I heard the news was, I need to get these off me, they’re like time bombs, I don’t want them. It is something I’m seriously considering and it is something I am going to get all the professional, medical advice I can get,’ Coleen said about possibly having the procedure.

‘If they say, you do need it done or it would be better if you had it done, I will sit down with my children and talk about it. I’m at a fantastic stage in my life, I’ve just got divorced and I’m really happy and I’m not going to let cancer change that.’

Coleen has been absent from the daytime chat show since the heartbreaking news broke, but made her return to the panel last Monday, appearing via videolink from her home. 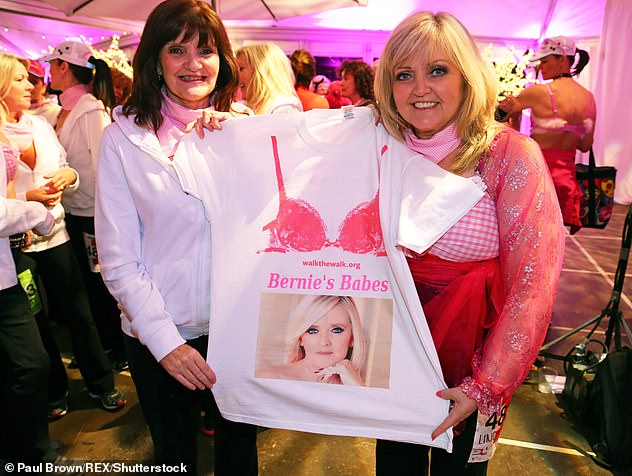