Home » Celebrities » Carol Vorderman: Countdown legend teases cleavage as she admits ‘I may have over bounced’ 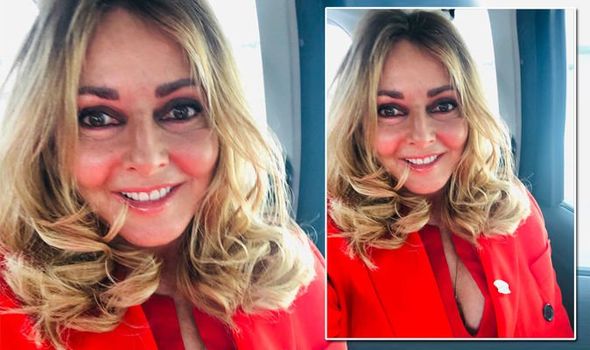 Carol Vorderman, 59, took to social media this morning as she made her way to 10 Downing Street to mark St David’s Day.

The Countdown legend wowed in scarlet dress in a Twitter picture ahead of the event.

In the image, which she shared with her 426,000 followers, Carol can be seen in the back of a car on the way to the early St David’s Day event.

She wore a bold red coat over a very plunging dress in the same colour.

The low-cut outfit gave fans a tantalising glimpse of her chest complete with a pendant necklace nestled in her cleavage.

The popular television and radio star styled her caramel tresses in a big and bouncy curls for her outing.

She also enhanced her features with dark smokey eyeshadow and a slick of glossy lipstick. 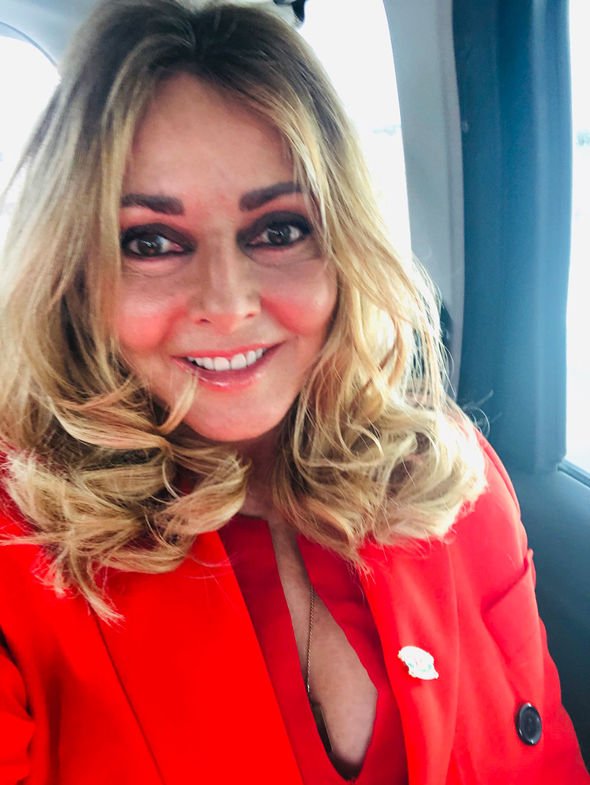 Drawing attention to her voluminous hair style, Carol captioned the picture: “I may have over bounced [shocked face emoji] …#CarmenRollers #70sVibe.”

Adding further details, she wrote: “#StDavidsDay reception,” and tagged her hair and make-up artist into the snap “@MRmakeupME.”

According to her post, Carol, who grew up in Wales and presents a show on BBC Radio Wales, is heading to a St David’s Day reception at 10 Downing Street.

The event proceeds the feast day of Saint David, the patron saint of Wales, takes place this weekend on Sunday March 1.

Twitter followers and fans took to the comments section of Carol’s picture to share their thoughts on the snap.

Another added: “You look gorgeous.”

A third fan cheekily said: “Bounce like no ones watching, or is it dance, can never remember.”

Kim Kardashian Is Back to Blonde Because Kanye Likes Her Best That Way, Apparently