The former Countdown presenter likes to stay active and regularly shares pictures with her 400,000 Twitter followers from her hikes in the UK. Now, Carol Vorderman has given fans more of an insight into how she maintains her incredible physique, revealing she is heading for a five-day fitness bootcamp. “Off on a 5 day fitness camp later thing morning,” she wrote. “Oh yeah mamma…”

Sharing an idea f the schedule with her followers, she added: “Sleeping, stretching, sleeping, walking, boxing, more sleeping… have I mentioned the sleeping bit?”

“I’m presuming you are running the camp yourself?” one flirtatious followers quipped, while another added: “But you are so fit anyway.”

“That body doesn’t just happen, you have to put the work in and you certainly do that although the sleeping sounds good to me,” a third praised. “You have a great body you’re a fit lady no doubt.”

“I don’t know where you get there energy,” one Twitter user remarked, as another agreed: “Blimey Vorders… I need to get my act together… your example setting is inspiring to us gals of a same age! Good on ya.”(sic)

At the weekend, Carol showed her followers snaps from a 26-mile hike she completed in the Brecon Beacons. 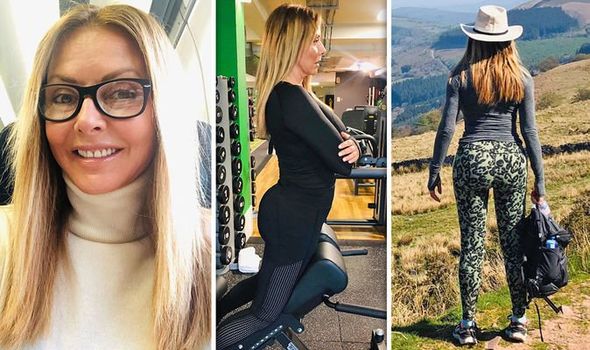 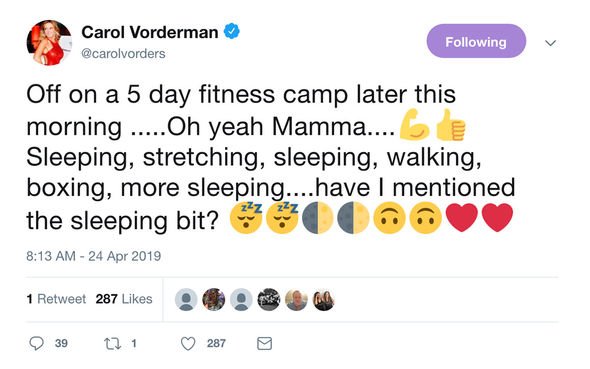 One picture saw her letting her two-time Rear of the Year-winning behind take centre-stage as she gazed out over a breathtaking view.

Wearing skintight gym leggings and a figure-hugging long-sleeved top, the TV star highlighted her hourglass curves, shielding her eyes from the sun underneath a hat and a pair of dark sunglasses.

Uploading more shots from the day out, she said: “So yesterday our walking marathon plus a mounting in @BreconBeaconsNP… A golden day. 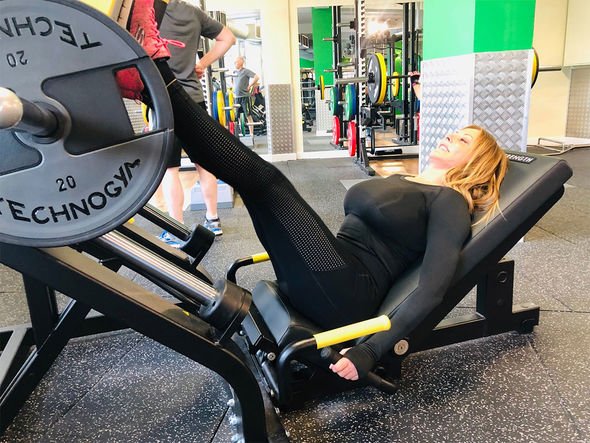 Earlier this month, she gave fans a peek at herself in action doing inverted leg presses.

She could be seen powering through the exercise with a sizeable amount of weight loaded on.

“Now that’s a big weight,” she joked in the caption. “Heck…”

More exercise pics were accompanied by an explanation about the focus of the workout as she said: “LOTS of gluten with weights today.”

How to wear… summer's hot red

Seven tips from the NHS to lose weight quickly and safely