Kim Kardashian proudly showed ‘3 out of 4’ of her children in new posed pics and her youngest daughter Chicago received a lot of compliments.

Kim Kardashian, 40, took to Instagram on Mar. 30 to post two new adorable snapshots of three of her four kids, including Saint, 5, Chicago, 3, and Psalm, 1, and followers couldn’t help but swoon over them. Many fans especially pointed out how the Keeping Up with the Kardashians star’s youngest daughter could be a model because of how “beautiful” she looks in the pics. All three siblings are posing and smiling while wearing casual and colorful outfits, including white T-shirts and neon orange shorts for the boys, and an orange sleeveless top and long neon orange skirt with a mermaid-style pattern for the baby girl.

“3 out of 4,” Kim appropriately captioned the post before people started complimenting it. “Chicago is the cutest thing ever 😍❤️,” one follower wrote while another wrote, “Baby Chi is so pretty.” A third called Chicago Kim’s “mini me” and a fourth called all three of them “beautiful.”

This isn’t the first time some of the KarJenner kids wowed with their cuteness. Chicago and cousin True Thompson, 2, whose parents are Khloe Kardashian, 26, and Tristan Thompson, 30, showed off their princess dresses in videos Khloe posted to Instagram earlier this month. In them, the girls were putting KKW lipstick on each other while fully immersed in their dress up playtime. True seemed to be dressed like Jasmine from Aladdin in a turquoise dress and Chicago wore a light pink choice. 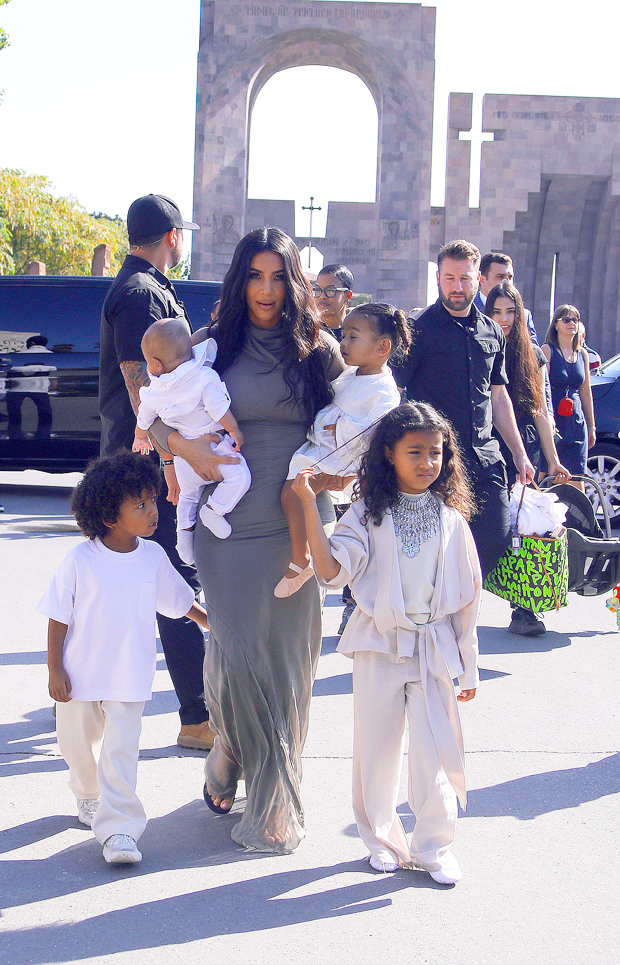 Chicago and True were also joined by their other cousin, Stormi Webster, 3, Kylie Jenner‘s daughter in a video that showed them watching Beauty and the Beast on Mar. 9. Kim shared the sweet video that showed her talking to the girls about the movie. “Do you guys not know all the words to this?,” she asked them as the Disney movie’s song “Belle” played.

It’s always a pleasure to see the KarJenner kids and some of their most memorable moments together! Whether they’re enjoying an activity inside or outside or just posing in their best model-like poses, they always know how to make lasting impressions!

Kourtney Kardashian Says She Feels the Most Desirable When She's Naked: 'Tiger Stripes and All'

Best Virgin Media Broadband Deals: Epic discounts save you over £300

Silicon Valley Came to Kansas Schools. That Started a Rebellion.