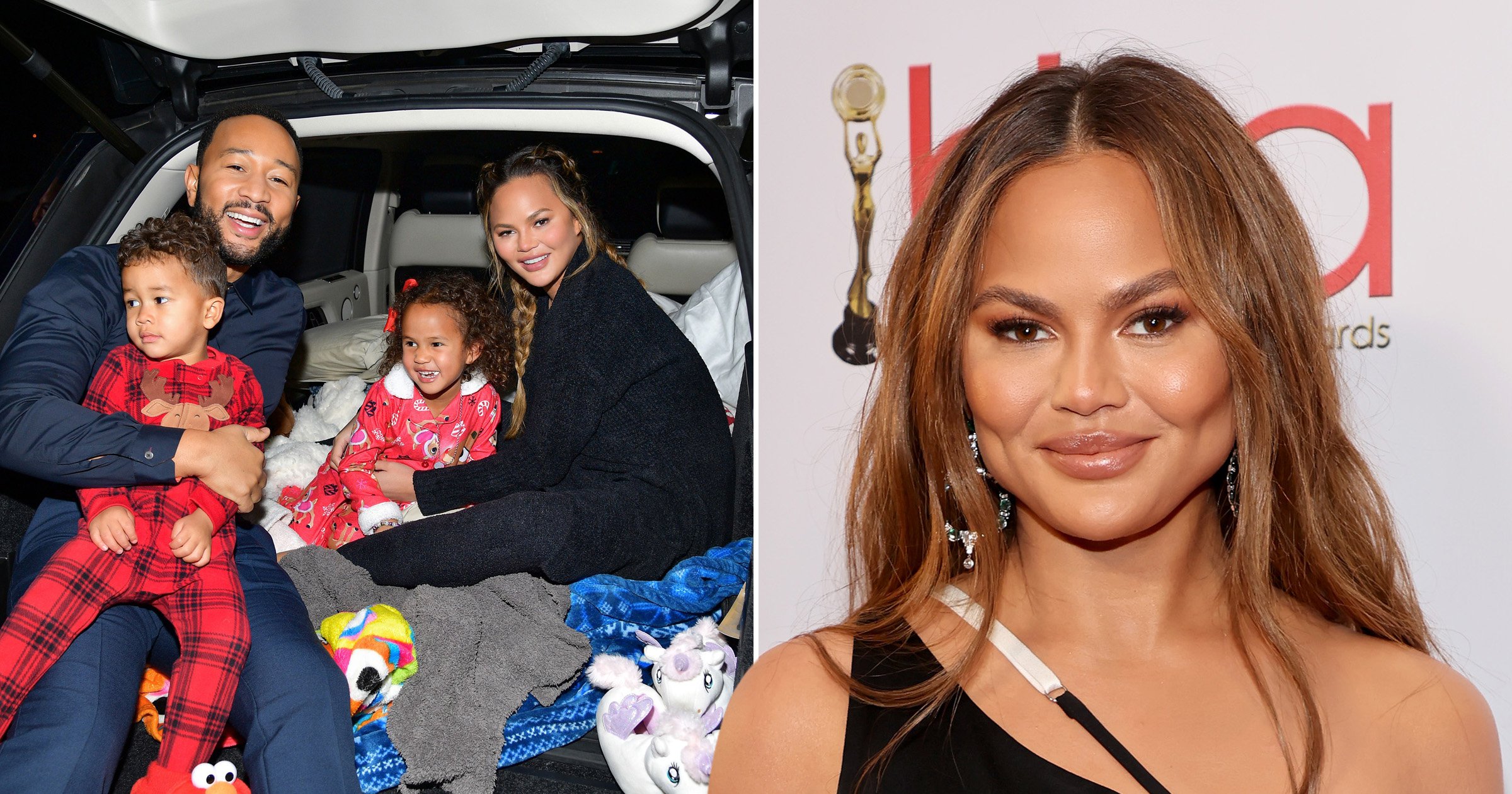 Chrissy Teigen and John Legend are one step closer to expanding their family.

The Sports Illustrated model, 36, has completed her in vitro fertilisation (IVF) treatment and is on her way to trying for a third child.

Chrissy and John, 43, are already parents to daughter Luna, five, and son Miles, three, and she shared an update on their IVF journey in conversion with Entertainment Tonight.

‘I finished my IVF part, so I feel so much healthier and so much better with that,’ she said on Saturday.

She first revealed that she was undergoing IVF last month, over a year after suffering a pregnancy loss.

The Lip Sync Battle host wrote on Instagram at the time: ‘I wanted to let you guys know I’m balls deep in another IVF cycle to save as many eggos as I possibly can and hopefully make some strong, healthy embryos.’

However, the mum-of-two asked her followers to stop asking if she is expecting, adding: ‘I honestly don’t mind the shots…they make me feel like a doctor/chemist…but the bloating is a b***h, so I humbly beg you to stop asking if I’m pregnant because while I know it’s said with excited, good intentions, it just kind of sucks to hear because I am the opposite of pregnant!

‘But also like please stop asking people, anyone, if they’re pregnant.’

Chrissy continued: ‘I said this in the comments and got yelled at because the internet is wild but I’d rather be the one to tell you and not some poor woman who will look you in the eyes through tears and that’s how you finally learn. Anyhow, Iove youuuuu??’

Fans have showered Chrissy with love on social media, thanking her for being so honest and bringing ‘awareness’ to fertility issues.

On October 1, 2020, the star confirmed that she had suffered a pregnancy loss, less than two months after she announced her baby news.

Chrissy and John conceived Jack naturally, having gone through IVF treatment to welcome Luna and Miles.

Announcing the heartbreaking news, Chrissy said the couple – who married in 2013 – were ‘shocked’ and ‘in the kind of deep pain you only hear about, the kind of pain we’ve never felt before.’

‘We were never able to stop the bleeding and give our baby the fluids he needed, despite bags and bags of blood transfusions. It just wasn’t enough,’ she captioned an Instagram post.

The Cravings author began 2022 by celebrating six months of sobriety after giving up alcohol, admitting she doesn’t ever ‘crave’ it now, but the time has ‘not exactly flown by.’

Chrissy admitted she can’t be certain she ‘won’t ever drink again,’ but did highlight the positives that have come from quitting drinking.

The star said she now has ‘endless energy, way less anxiety,’ she is happier and ‘more present than ever.’

Could a 'Wanted' Sequel Happen in the Screenlife Format? Director Timur Bekmambetov Hopes So