Christina Haack continues to spark engagement rumors after she was spotted donning a larger-than-life diamond ring on her special finger while hanging out on a balcony with her boyfriend, Joshua Hall.

The “Flip or Flop” star, 38, and Hall were taking in the San Diego, Calif., sun during a getaway earlier this week as photographers snapped away at the sparkler on her hand.

The couple appeared comfortable in white t-shirts, shorts and ball caps as they chatted it up.

Last month, Haack once again stirred engagement rumors after she reportedly posted – then deleted – a photo of her wearing a sparkler to her social media account.

A rep for Haack did not respond to Fox News’ request for comment. 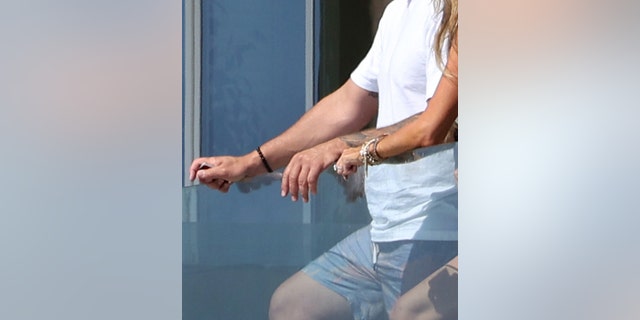 Christina Haack flashes a ring while on a getaway with Josh Hall in San Diego, Calif.
(The Image Direct)

Meanwhile, on Tuesday, the mother of three shared an Instagram photo of the realtor on a beach with the caption, “He had me at that hair,” along with a heart-eye emoji.

The “Christina on the Coast” star split from her first husband, Tarek El Moussa, in May 2016. Their divorce was finalized two years later. The exes share two children: daughter, Taylor, 10, and son, Brayden, 5.

Haack finalized her divorce from ex-husband Ant Anstead in June. The former couple shares custody of their one-year-old son.

Less than a week ago, Haack posted a lengthy Instagram caption in which she posted a quote from writer and poet Tanya Markul, and opened up to her followers about the “bigger picture.” 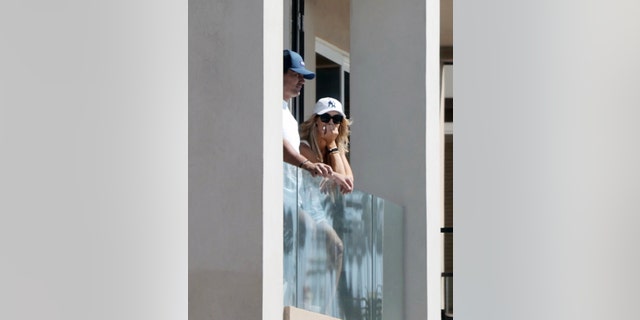 “When the fake becomes unbearable and I want to crawl out of my skin I call on those real ones closest to me to remember the bigger picture,” she wrote.

“It’s not a contest for likes, or who’s story is true (we each have our own story and reality) or who is the better Insta parent, husband, wife, cousin, child etc,,” she continued. “I decided I will always choose messy and real. Even if I look crazy I am so guilty of fake too and trust me those were the worst times of my life. Not just a new chapter, a new book. As it goes “The rest is still unwritten.”

Is my phone 5G ready? Only a few devices work with the next gen tech