Home » CHRISTOPHER STEVENS: The ultimate posh do, a blob of grease and lard!

The hairdressers are open again, which is a mercy for several million blokes whose wives have been unable to get their frizzy ends done since January.

What can a chap say, except to offer a nervous and sympathetic: ‘I know, darling,’ when his beloved is raging about her roots? It’s enough to make your last tufts fall out.

It could be worse. We might be living in the 18th century, when a weekly visit to the salon took six hours and would set you back the equivalent of £200,000 a year.

Historian Lisa Eldridge’s glorious survey of beauty treatments in the Georgian era, Make-up: A Glamorous History (BBC2), was full of archival snippets to make your hair stand on end. 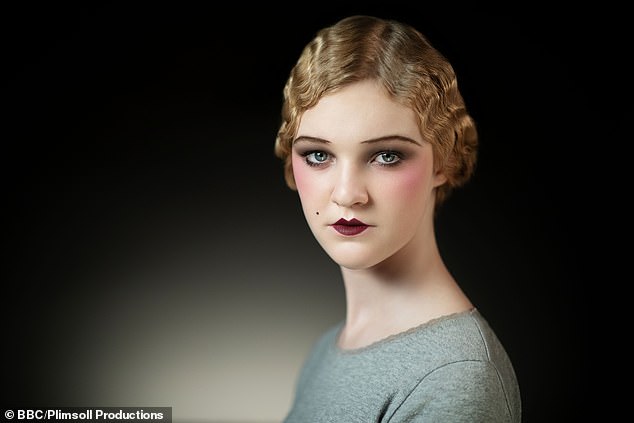 Make-up: A Glamorous History (BBC2), was full of archival snippets to make your hair stand on end

Before the French Revolution of 1789 made aristocrats afraid to parade their wealth, the fashion in this country was for beauty treatments that reeked of money.

Most of all, that meant Pompadour hairdos 2ft tall, topped with ostrich feathers. These mountainous quiffs were built up with beeswax and lard — grease from bears was especially effective.

That must have stank. Imagine it melting down your face on a warm evening. Lisa visited Chatsworth House to study a Gainsborough portrait of society superstar Georgiana, Duchess of Devonshire. She paid her personal hairdresser, Gilbert, £1 a week — the equivalent of a hundred grand a year today. Gilbert got another weekly quid in expenses. He must have been a marvel with the bear grease.

Lisa didn’t try the popular Georgian skincare treatment that involved spitting wine on to a shovel of molten myrrh and immersing your face in the fumes.

It was meant to erase wrinkles. I should think it stripped the skin back to the bone. 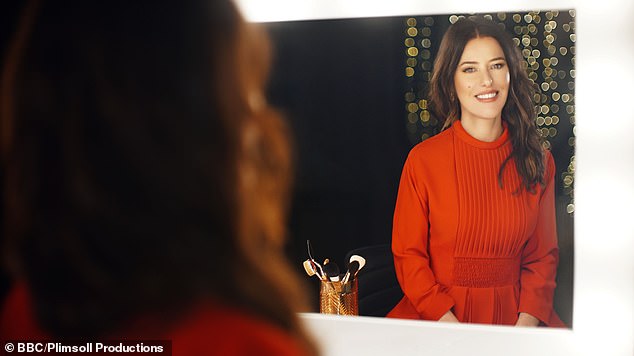 She did try making Venetian ceruse, a white foundation facepaint so steeped in toxic lead that it rendered women infertile. One devotee, the celebrated beauty Maria Gunning, Countess of Coventry, plastered so much on her face she was dead at 28.

We were given a quick lesson in the use of heart-shaped beauty spots. One on the right cheek meant you were married, on the left signalled sexual availability.

Stick one by your eye and you told the world you were somebody’s mistress.

All these historical anecdotes and oddities were made memorable by the clever trick of having Lisa make up a teenage model, Queenie, in the Georgian style throughout the show. 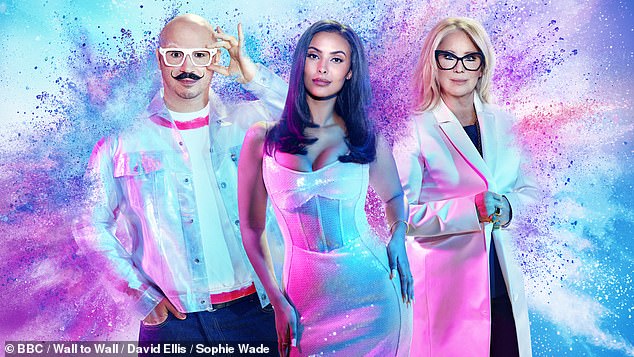 The models on Glow Up: Britain’s Next Make-up Star (BBC1) had no choice but to sit rigid as eight amateurs used their faces as blank canvases for bizarre creations

She began with the monumental hairdo, added layers of (non-toxic) alabaster and rouge, used burnt cloves for mascara, and offered fake eyebrows made of mouse pelts. Queenie, who was admirably patient throughout, baulked at this point.

The models on Glow Up: Britain’s Next Make-up Star (BBC1) had no choice but to sit rigid as eight amateurs used their faces as blank canvases for bizarre creations. How anyone can hold their nerve while a novice splatters glue along their eyelids to create ‘clumpy lashes’, I do not know. This knock-out competition is back with a new host, Maya Jama replacing Stacey Dooley.

It doesn’t really need a presenter at all, because Maya has little to do except start the clock and call out the times in each round.

All the entertainment comes from judges Val Garland and Dominic Skinner, who are savage. ‘I’m totally disappointed,’ they fume. ‘Where’s the symmetry? What’s she doing? It’s a beauty car crash.’

My favourite put-down, said of a boy who was painting his own face to resemble raw meat, was: ‘It’s the talking tree in a pantomime.’ I don’t know quite what that means but, by golly, I bet it stung.

Unboxing HEALING! Restoring My Sanity With These Toys And My Children! | Perez Hilton