Chances are, you haven’t seen Rachel Mason’s debut film, The Lives of Hamilton Fish, a surreal, arty musical about two men—one a politician, the other a cannibal—who died on the same day in 1936. It toured the indie festival circuit, and that’s about all, and Mason didn’t expect a whole lot more from her follow-up, the highly personal documentary Circus of Books. That all changed when Ryan Murphy came on board as executive producer, and she was amazed to see the film’s profile rise dramatically.

“I actually didn’t realize how big of an impact having Ryan Murphy attached would be,” she laughs. “But his support of the film was, right out of the box, a game-changer. When we showed up at the Tribeca Film Festival last year, we went from being the underdog film that nobody really looked at to the film that people were talking about. Almost every one of our screenings was sold out. And it’s been like that all over the world.” 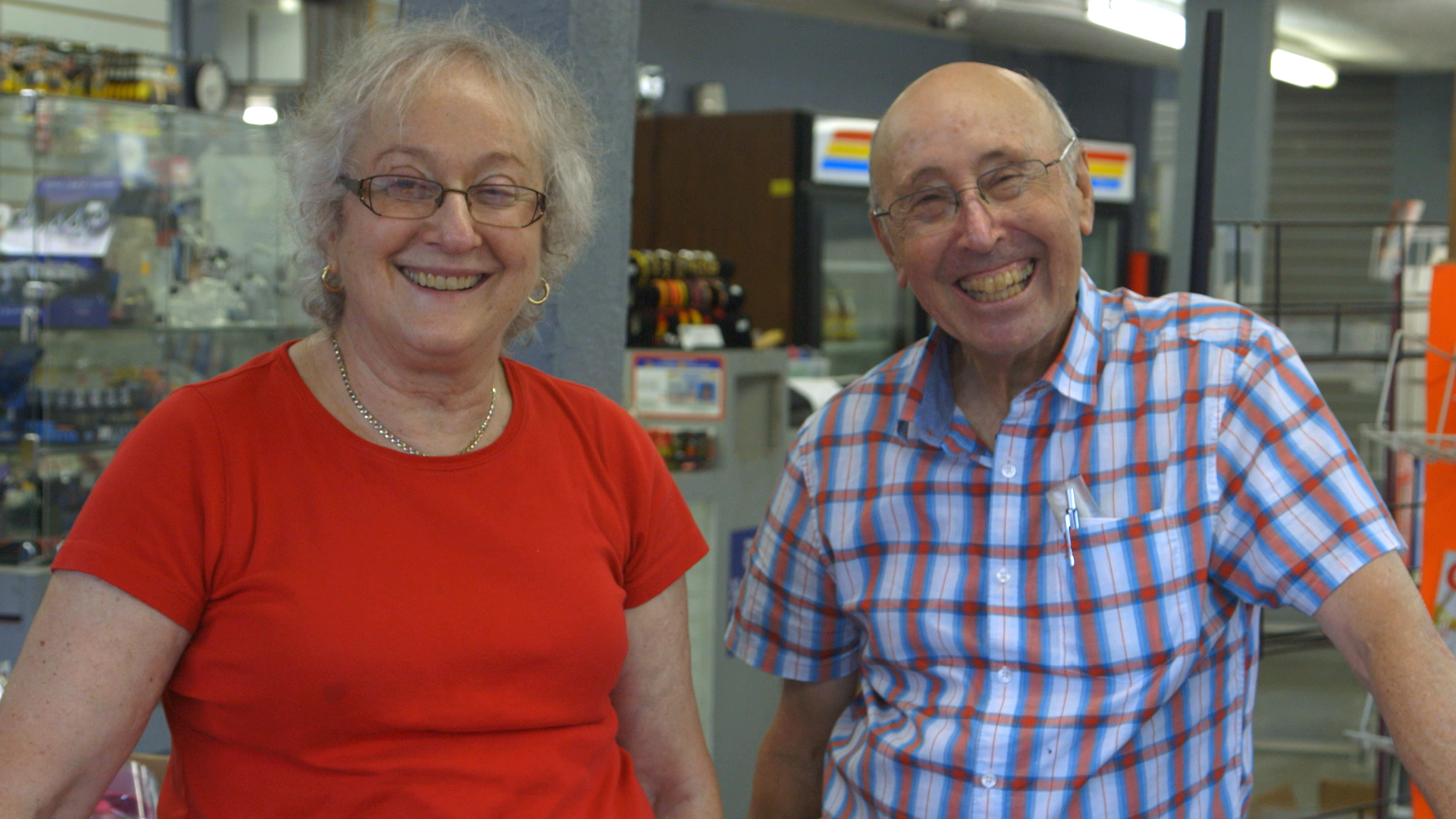 The appeal of the film is easy to see: on the surface, it’s the story of a nice, middle-class Jewish couple who took over the running of Los Angeles’ premier gay book store in 1982, selling explicit magazines, sex toys and hardcore videos (for a time, even producing them). But underneath this almost comical surface is a story of heartache and tragedy; it was bad enough that Barry and Karen Mason faced absolute ruin following a sting operation by the FBI, but, before that, the AIDS epidemic of the ’80s had robbed them of many of their friends, employees and customers too.

With Russell T. Davies’s acclaimed ’80s-set miniseries It’s a Sin due to hit HBO Max in February, Mason’s film seems especially prescient in its willingness to resurrect memories of an era of gay history that many would prefer to forget…

DEADLINE: Were you aware of how important your parents’ shop was to the gay community?

RACHEL MASON: Well, I knew that it was a really important store in LA, but when I left LA and was living in New York I would meet people there [who knew it]. In fact, everywhere in the world that I would go, people would tell me they remembered that store. I mean, literally any gay man over 50 knew the store, anywhere in the world. And that blew my mind, because it gave me some perspective: at that time, it was a small world. The gay community was small. There were not tons and tons and tons of websites and all kinds of stores everywhere. And especially in Los Angeles, there were not tons and tons of stores for gay adult erotic material. There were a few, and Circus of Books was pretty much the biggest, most important one. And so I didn’t know that it was something that was bigger than Los Angeles until I left and lived other places.

DEADLINE: How did your family feel about you turning the spotlight on them? 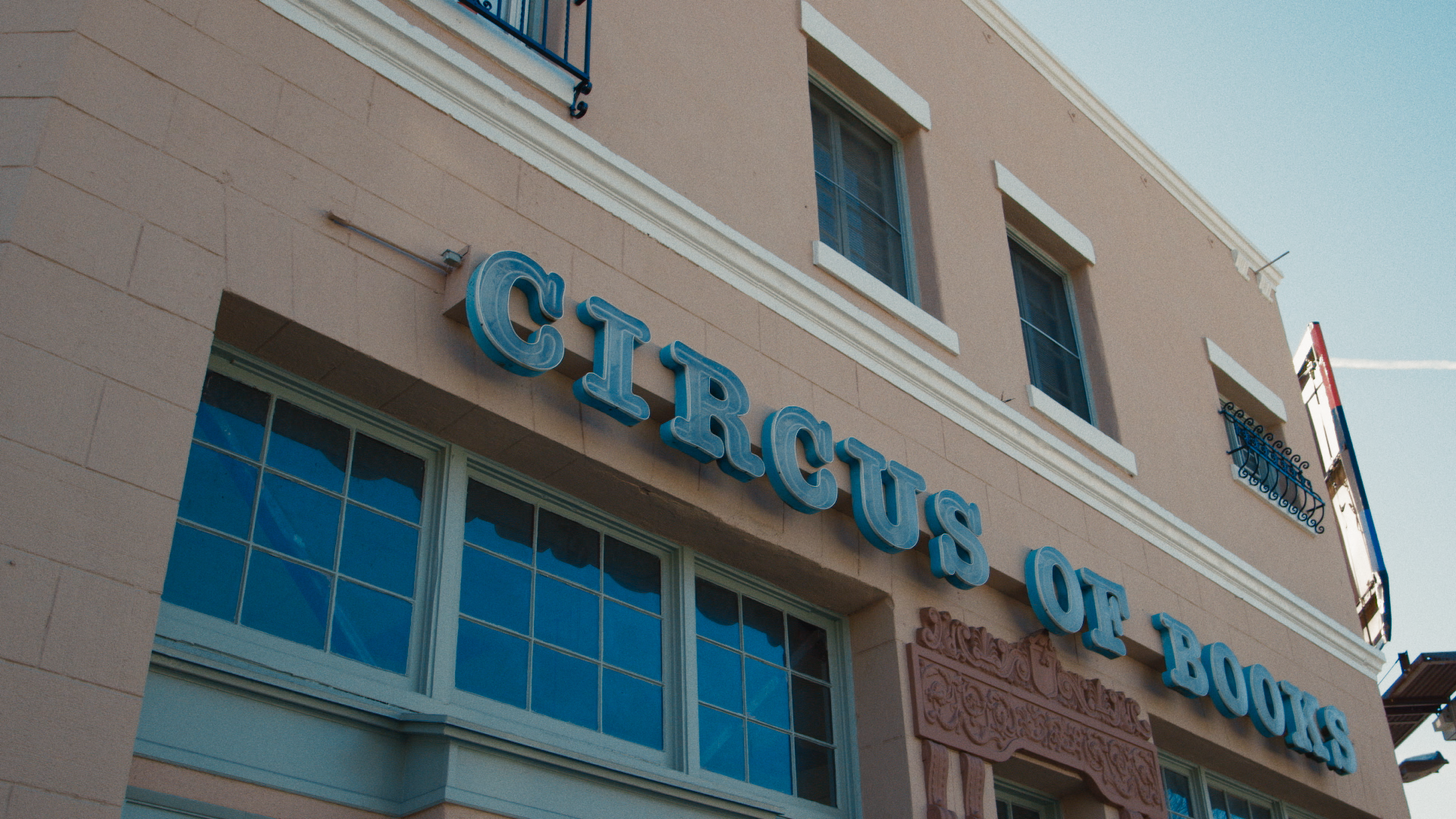 MASON: Well, initially they just thought I was making a film about the store. My mom, like anybody who’s seen my work before Circus of Books, probably thought, “OK, well, it’s going to be something that is in the arts.” So I think, in some ways, she agreed to it thinking it was going to be a very small, independent project that maybe I would show in a gallery, something that might have a teeny-tiny life and wouldn’t make any waves. So they all participated initially thinking it was something really, really small. And I didn’t think necessarily it was going to be anything that much bigger than a film that might be on the LGBT film circuit, or go to academic institutions with an LGBT focus. That was my modest goal for the film myself. That being said, when it emerged triumphantly as a big deal film, I think everybody had a reckoning with just a bit of a shock factor.

DEADLINE: How did they take it?

MASON: My mom was the one who had a bit of a crisis—she was worried that her friends would find out this giant secret that she’s kept. And her best friend, who’s extremely Catholic, very religious, and also has gay children, had a similar process to my mom, but it turned out that she loved the film. So my mom was very afraid of her good friend watching the film and judging her harshly—and none of that happened. Her biggest fears never came true, that this movie would suddenly make everybody hate them, and condemn them, and say, “How dare you be involved in such an unsavory business?” It was sort of a shock to her, how much praise the film got, and my brothers have both just found it fascinating and fun. My dad, of course, is a very happy-go-lucky guy anyway, so pretty much the whole rest of the family was amused.

DEADLINE: How much did you actually discover during the filming?

MASON: I think I came to a greater understanding of what my parents did for the gay community when it was at the height of its suffering. And I didn’t wrap my head around the depth of suffering, either. This is where Ryan Murphy comes in—really using his power to share the stories that are so central to the community that endured it. We have a reckoning that we haven’t even processed, where a community was so traumatized, and that’s not even the right word to say. “Traumatized” is the most positive spin you can put on what the gay community went through. I mean, they were going through hell, and nobody cared. These were guys that my parents really, really loved. They were their employees. These were funny, amazing, creative guys and as a kid I remember them being funny and beautiful too. They were really handsome young men, and then they would die, and the wave of deaths would just wash over the store, over the business, and over everybody. I didn’t really process my parents’ work and the trauma that they experienced until I started really interviewing them and talking to them about it.

DEADLINE: What kinds of things did they tell you? 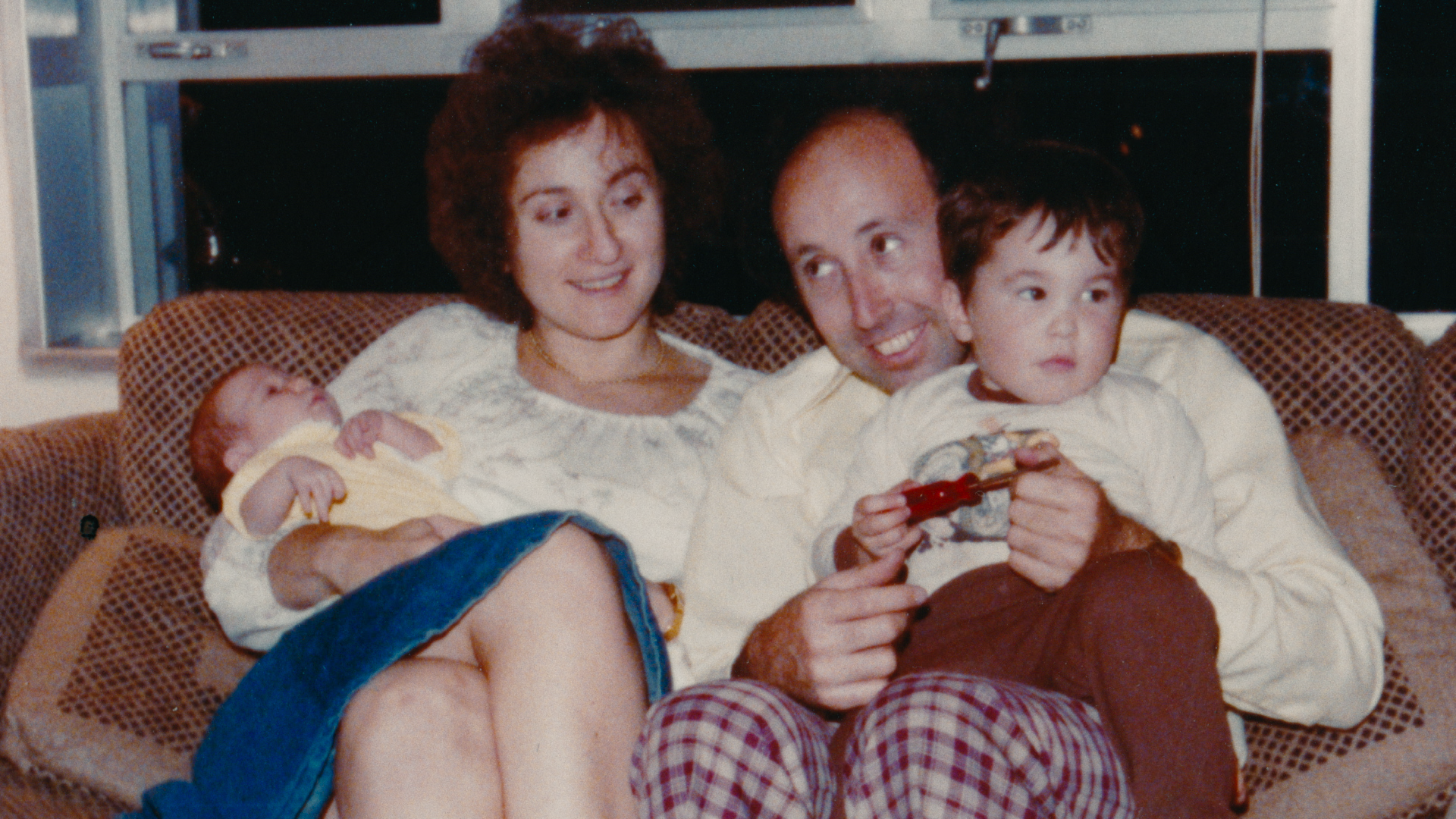 MASON: Well, my mom could barely get through her interview without getting very emotional when I asked her about it, because the thing that would upset her the most was that she would have to talk to parents that would show up after their child had died. They might have been an employee or a tenant—they owned the building—but these were people that my parents came to know and to love, and they were the people who were there for these kids when their own parents were not there for them. So my parents were almost balancing two families when I was a kid—they had this whole other life, a whole family that they were really supporting emotionally and being there for.

DEADLINE: What are your memories of that era?

MASON: I remember being a kid in the ’80s, and AIDS was not something that was talked about around kids—people tried to shield children from it. [At that time] being gay was an actual sin in the eyes of the mainstream, so, to think that my parents had to live a double life because of the norms of the society, I came to really understand the depth of that and understand why they had to be so secretive about it. My mom said to me in the film, “We were worried that if the other parents of our kids found out, they wouldn’t let them play with you.” And I actually think that was true. If other parents had found out that my parents were in the gay business, at the height of the AIDS epidemic, very likely we would not have had many play dates with other kids.

DEADLINE: Did you know about their legal troubles that followed?

MASON: When they were having to fight the federal government, throughout my high school years, I had no idea that both my parents were potentially going to jail, and that they were spending all of their money on legal fees and that they could have lost everything. My dad could have gone to jail for at least five years, if not more, according to his lawyer, who told me, “I had no clarity that your dad was going to get off.” It really could have gone either way, and in some ways that’s where luck really played a big role. Their lawyer said, “We really got lucky that the Clinton administration came in and the rules relaxed a little bit, because, had they not, your dad could have gone to jail.” And that would have been my entire adolescence.

DEADLINE: Under the Trump administration, America seemed to become more oppressive and uptight again. Did that have any influence on the film, and were you aware of that when you were making it? 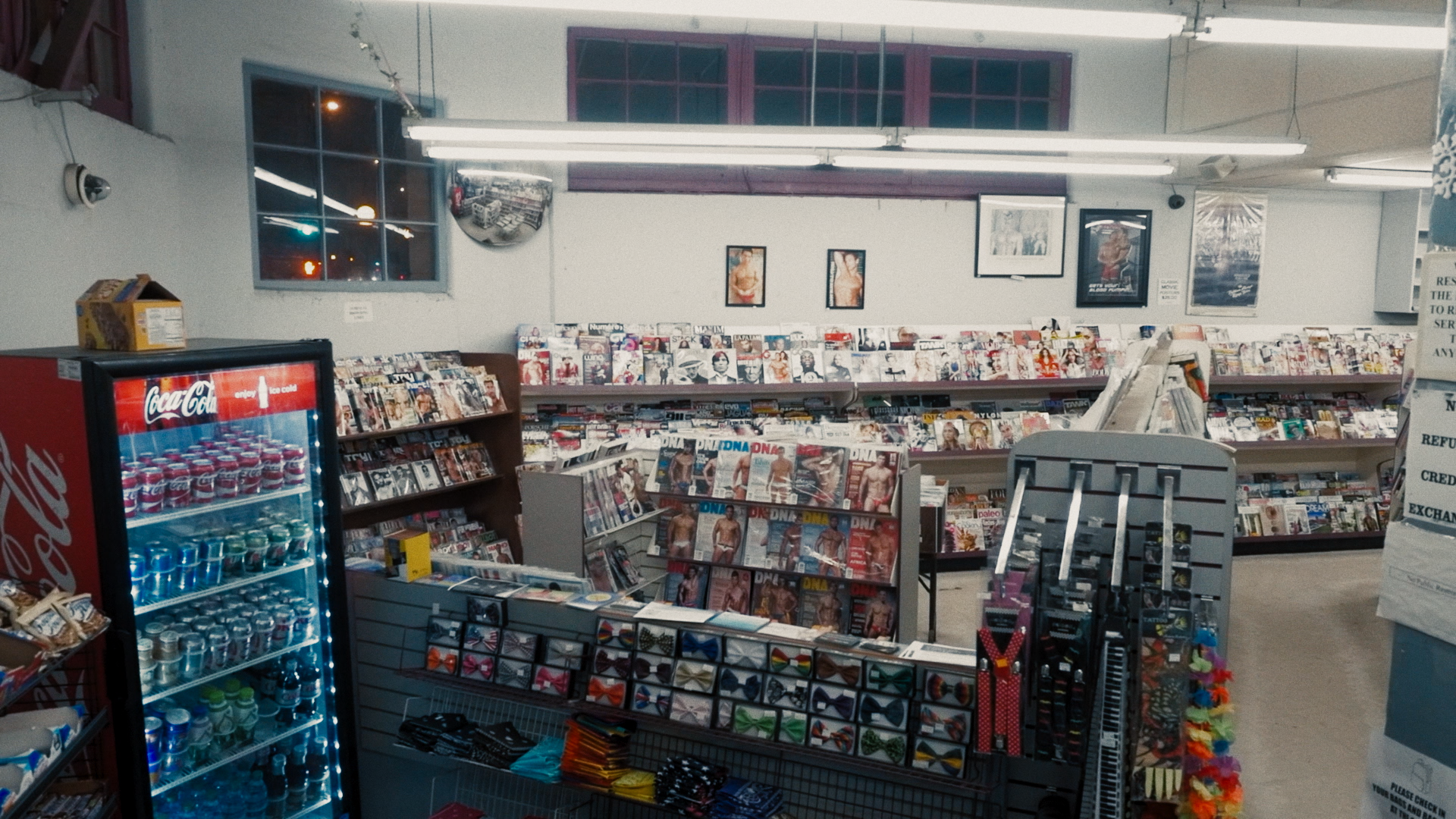 MASON: Well, no. I mean, first off, it’s a weird contradiction, the Trump administration being so tied in with the conservative Christian right-wing, because Donald Trump, when he showed up, was a notorious party boy. If anyone could be tied to porn, straight porn, it’s this guy. I mean, Stormy Daniels! But his right-hand man was Mike Pence, the most conservative, right-wing Christian you could imagine, and then he somehow managed to get this giant right-wing Christian coalition together to rally behind him. And what really made me so upset, as somebody who is in this industry—well. I’m in basically a side angle of the sex industry, you could say, and my partner’s actually in that industry as well—is that during Trump’s administration, the Covid relief bill in the last year specifically eliminated a provision to give federal relief to anyone who works in the sex business. And there weren’t many restrictions—there were maybe five—and one of them was that you could not work in the sex industry. Now, my parents paid taxes their entire life, my partner pays taxes, all the people I know do. It’s an actual legal industry, it’s not illegal. So these people were just denied federal aid during a time of a pandemic. It’s unthinkable. Back when the film landed, I started noticing that the Trump administration was specifically targeting LGBT people. Why was there a transgender military ban? It harkens back to the Christian right-wing, looking at the LGBT, looking for people to vilify: sex workers, queer people, anybody outside the mainstream.

DEADLINE: Were you pleased with the election result?

MASON: Yes, I’m so happy Joe Biden is the new president and, of course, he reversed everything very quickly, but at the same time, we’ve been so squashed. And I can’t tell you how many people in the sex industry, who work in porn legitimately, have kids. These are people like my parents—just regular people. They’re not crazy outlaws, they’re not criminals, they just work in this industry and they’re just trying to survive. So I felt like it was sort of my mission to fight for the film at this moment, just to elevate the cause and say, “Hey, people who work in the sex business are normal and should be treated with basic humanity.” And I do feel that the world over, people in the sex business are still really fighting just for basic respect.

Coronavirus LIVE: 2 in Italy are first Europeans to die from killer bug

Love Island Australia spoiler: Millie and Tayla furious after Erin kicks Justin out of the villa – and a new boy arrives

Emily Blunt Discusses the Process of Moving in with John Krasinski