David Beckham and daughter Harper, seven, looked animated in the crowd as they watched the Lionesses win 3-0 at Stade Oceane in France.

David shared pictures from the game, including little Harper with the England squad before the match.

He wrote: "So lucky to get to see the girls before tonight’s big game… As a player I know exactly what it means to play in these competitions and to have the support from home which means so much..I just want to say how very proud we all are of every single player, they are doing amazingly well and the whole country is behind them !!! 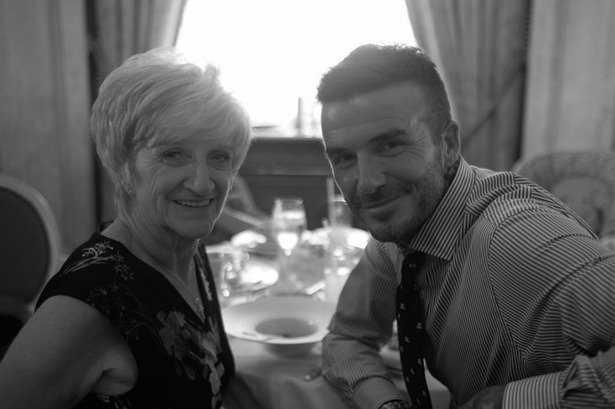 "As you can see Harper was so excited to meet the team & is so excited for the game…. Come On England."

The 44 year old was seen planting a kiss on his youngest child on the lips as they celebrated the victory, months after he was cruelly trolled for the same affectionate move.

David was criticised after he was seen kissing Harper during a day out ice-skating in November last year, causing the former footballer to defend himself. In response, Victoria Beckham’s husband said he is affectionate with all of his children, including sons Brooklyn, Romeo and Cruz.

He said: "I got actually criticised for kissing my daughter on the lips the other day. I kiss all my kids on the lips."

He added: "I'm very affectionate with the kids. It's how I was brought up and Victoria, and it's how we are with our children. “We want to show our kids love and we protect them, look after them, and support them, and we're very affectionate with them."

Piers Morgan was vocal in his criticism, as he called kiss “creepy” and “weird” on Good Morning Britain.

The presenter said: "Why would a father kiss his daughter on the lips? Don't get it. Creepy. Weird. Creepy.

"No one does that. You post that to the world, but why?"

Greenland to pick Ericsson over Huawei for 5G rollout

Your Horoscope for the Week Ahead