David Beckham appears to take a literal approach to the school run. 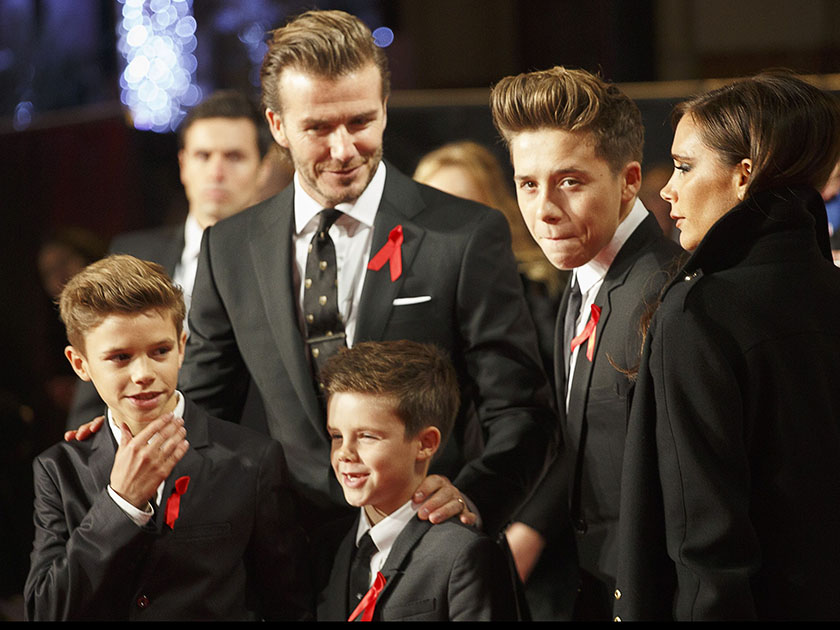 The former footballer revealed that he joins sons Romeo, 16, and Cruz, 13, every morning as they jog THREE miles to school.

Sharing the journey on his Instagram Stories on Tuesday, the 43-year-old shared a clip of them all pounding along a pavement. 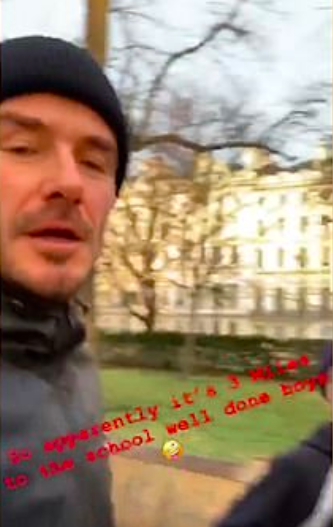 He captioned it: ‘So apparently it’s 3 miles to the school well done boys,’ followed by a crazy-face emoji’.

Decked out in hats, leggings and sports jackets, David then turned the camera to his youngest, asking him: ‘Morning Cruz. How many miles again today?’ 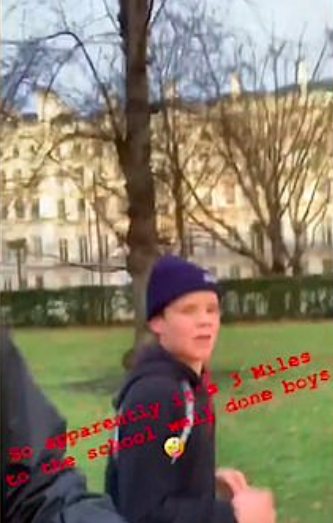 Turning to his other side, Becks then asks his other son, Romeo, who is jogging alongside him: ‘Hey Romeo. Nice haircut. Are you all right?’

Their energetic morning run comes after mum Victoria revealed that she is very ‘disciplined’ when it comes to her own diet and exercise regime. 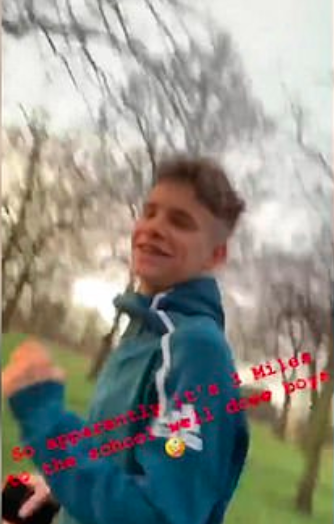 The former Spice Girl admitted that she wakes at 5.30 every morning for a two hour 7km run on the treadmill, which includes ‘a mix of uphill fast walking, jogging, running.’

She added to The Guardian in January: ‘I am very, very disciplined in the way that I work out, in what I eat. That’s how I’m happiest.

She continued: ‘I work out every day when I’m at home, and then when I travel I really focus on work so I can get as much done as possible in a short trip and get home.’

And if that wasn’t enough, VB also enlists the help of a personal trainer who puts her through her paces with 30 minutes of legs, followed by 30 minutes of arms, toning and conditioning.

We’re exhausted just thinking about it!

What are bowel cancer’s symptoms and signs, how do you get treatment for the condition and is there a test?

Joaquin Phoenix Referred Jonah Hill to His Therapist and It Changed His Health, Art, and Happiness