Deidre Hall isn’t taking any chances when it comes to filming certain scenes.

On Monday, the “Days of Our Lives” star appeared on “The Kelly Clarkson Show” and opened up about her character Dr. Marlena Evans, who becomes possessed again in the soap opera’s 56th season.

“Twenty-five years ago, Marlena was possessed by the devil, in case you missed that,” said the 73-year-old. “And we have just revisited that.”

According to Hall, the storyline will go “all the way through Christmas,” adding that the cast “just finished a huge Christmas show that involves the possession.”

The actress also noted that she took protective measures to prepare for the storyline.

“When we embarked on the storyline, our executive producer and showrunner, Ken Corday, actually sent over holy water and a crucifix,” Hall explained. “And every time we do a scene where I’m possessed, I’ve taken it on stage and offered anybody who would like to have some holy water – and everybody says yes. So, we go around the whole set.”

Hall has played Evans on “Days of Our Lives” on and off since 1976. In 1994, the series introduced a storyline where Stefano DiMera (Joseph Mascolo) hypnotized Evans to make her fall in love with him, People magazine reported. That action resulted in her being left open to demonic possession. Ultimately, she became possessed by the devil. 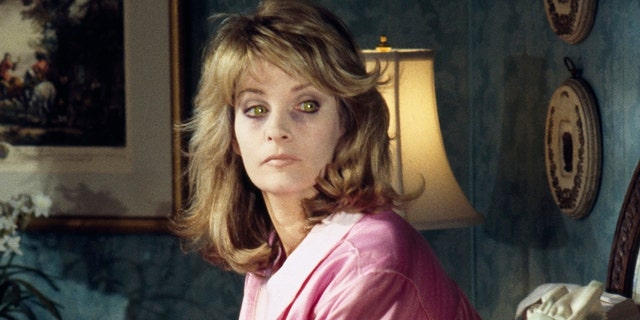 The story continued through 1995 and concluded that summer, Deadline.com reported. The outlet shared that John Black, Evans’ husband who was thought to be a priest, had to perform an emergency exorcism.

In September, NBC announced the show will revisit the popular narrative this fall.

“Fans can look forward to twists and turns you’d never suspect as well as familiar faces returning to save the day (or not),” read a statement from the network, as reported by Deadline. “This time around, the devil knows no bounds and no one in Salem is safe!”