The In Memoriam section of The Emmys 2020 had fans in floods of tears when Grammy award winning singer H.E.R. (real name Gabriella Wilson) took to the stage to recognise the many celebrities that Hollywood have lost this year. Dressed in a pink Vera Wang gown, the songstress sat at a piano and performed Nothing Compares 2 U by Prince, as the touching tributes appeared on the screen behind to commemorate the late stars, from Naya Rivera, Chadwick Boseman, Regis Philbin, and Kirk Douglas.

The In Memoriam section is always tough, but this year is particularly hard #Emmys

She soon picked up to her electric guitar for an incredible conclusion, which ended on a special tribute to the late Black Panther star.

A speech by the actor began to play as she finished her performance, which read: “Purpose crosses disciplines. Purpose is an essential element of you.

“It’s the reason you’re on the planet at this particular time in history. The struggles along the way are only meant to shape you for your purpose.” 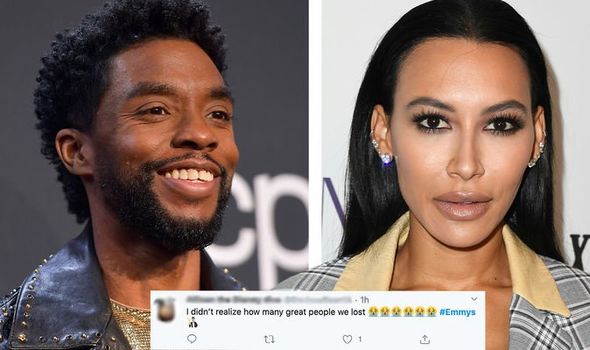 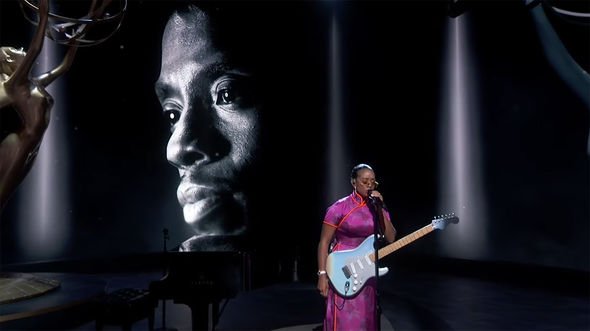 His death came as a shock to many, who were unaware of his illness.

The singer died in tragic circumstances earlier this year, after she drowned while on a boating trip on Lake Piru with her four-year-old son Josey.

The lake is renowned for its strong currents and Ventura County Sheriff Bill Ayub revealed that she used the last of her strength to save her child before going underwater. 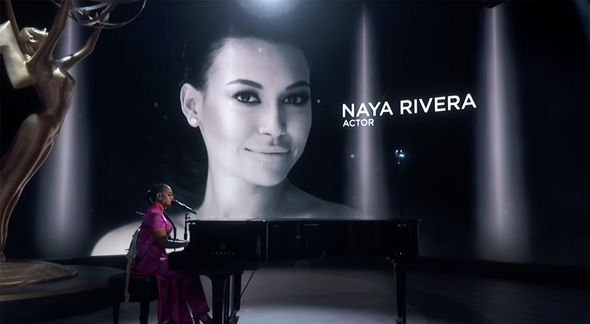 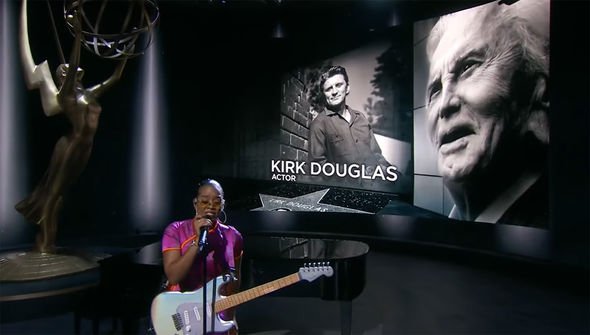 “She mustered enough energy to get her son back onto the boat, but not enough to save herself,” Ayub said at the time.

Her disappearance sparked a six-day search before her body was eventually recovered.

Taking to Twitter, they shared their thoughts on the moving tributes.

“The In Memoriam section is always tough, but this year is particularly hard #emmys,” one said.

A second added: “The in memoriam always makes me cry #Emmys.”

“Where are my tissues!? #Emmys #ImMemoriam,” a third sobbed.

A fourth agreed: “Oof, we started this In Memoriam with Naya so I’m going to go back to crying now #Emmys.”

“Gold star for whoever’s idea it was to put an overlay of the celeb onto memorable sets,” a fifth gave credit.

“CRYING at Chadwick Boseman!!!!! When movie stars make the TV In Memoriam, you know they were a BIG DEAL #Emmys,” someone else pointed out.

“Beautiful #emmys in memoriam performance by H.E.R,” another applauded the touching performance.

A seventh noted: “We’ve lost so may talented people this year, Naya, Chadwick, Regis it’s tragic but a beautiful way to celebrate their lives.”

Spectacular house built on the ruins of a torture hell-hole

‘NCIS: Los Angeles’: You Won't Have to Wait Much Longer for the Next Season 12 Episode

Facebook will let users control their data from other companies