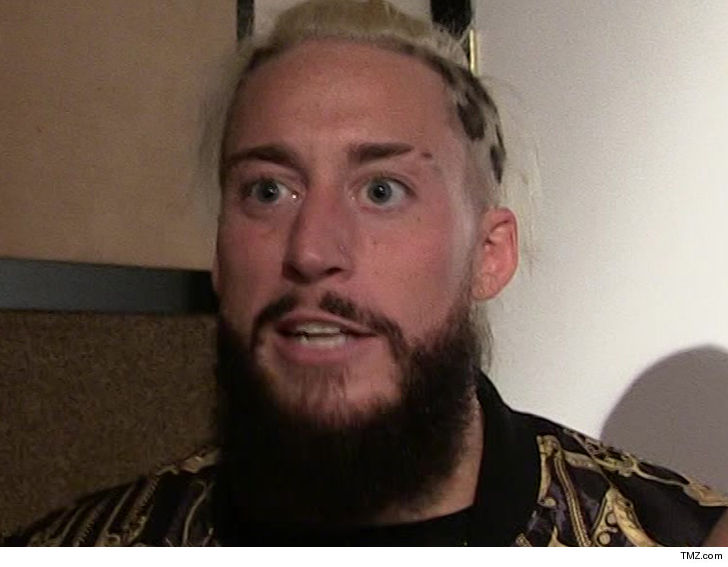 Fired WWE star Enzo Amore got tackled to the ground and kicked out of a wrestling event Sunday that he probably (definitely) shouldn’t have been at.

The former two-time Crusierweight Champion crashed WWE’s ‘Survivor Series’ and made a fool of himself in the crowd by standing on his chair, holding up his belt … and screaming A LOT. He was clearly pissed … but security was having NONE of it, and chased him out the building.

You can see that Enzo briefly got away from guards, and seemed to exit on his accord — with his hands up, no less. It’s unclear if authorities dealt with him outside, but he definitely interrupted things enough to cause a scene. The crowd wasn’t diggin’ it either.

In footage obtained by Pro Wrestling Sheet, you see Enzo being escorted through the tunnel and right out the exit door. There didn’t seem to be much discussion or chastising … just a good ol’ fashioned GTFOH.

As we reported … Enzo was accused of rape at the beginning of 2018, and was fired by the WWE shortly after. The Phoenix Police Dept. eventually closed the case, and no charges were filed.

This probably ain’t the best way to get back into the ring … just sayin’.

Royal photographer explains how Harry has changed since Meghan