Many of DMX‘s friends came to pay tribute to the late rapper at his memorial in Brooklyn, New York on Saturday, April 24. Among those who spoke were rappers Eve — the “First Lady of the Ruff Ryders” — and past collaborator Nas. Standing with Alicia Keys‘ husband Swizz Beatz, Eve remembered her longtime friend. “I am seriously the luckiest, luckiest woman in the world to have been adopted by the Ruff Ryders, but to have known DMX the way that I knew him as a man, a father, a friend,” she said.

“This is so hard y’all. What I pray, what I hope, I pray to God, I pray to our angels, our ancestors, that his journey was smooth. I know that he will rest in power. Rest in love, but most of all he feel rest in peace,” she added. Kanye West‘s Sunday Service Choir performed, kicking off the service which was attended by his 15 children, who also gave touching eulogies just weeks after their father’s unexpected death at 50.

Nas described his Belly co-star DMX as a “hip-hop icon” during his speech. “It’s an honor to be here tonight but at the same time, it’s a sad day. It’s a glorious day. I just want to say I’m honored to be here,” he said to the crowd, wearing a green camo outfit with a hat.

The April 24 memorial was held in DMX’s native New York City at the Barclay’s Center. The touching service, which was also streamed live on YouTube, came just a few weeks after the visionary musician died at the age of 50 following a heart attack. 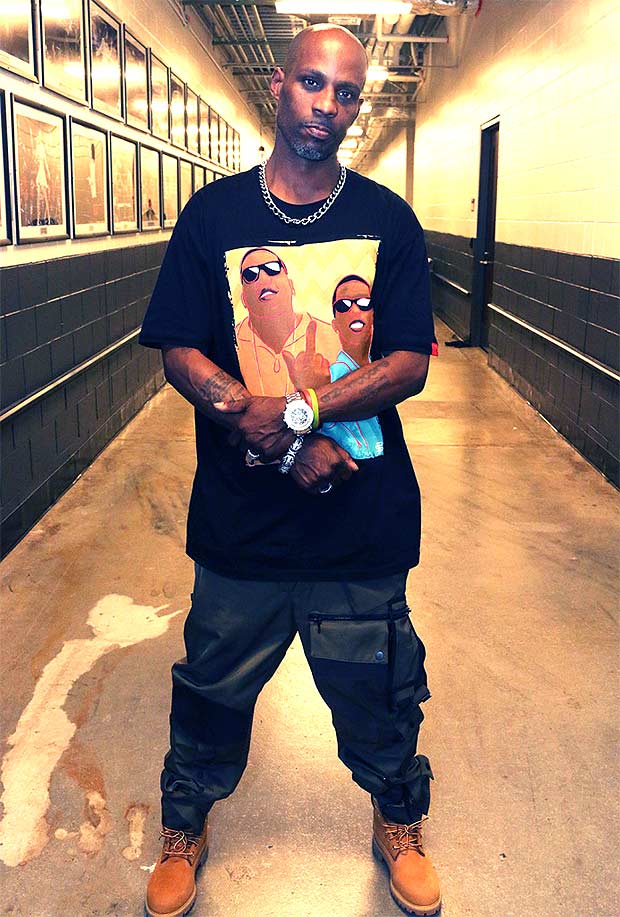 DMX tragically passed away on April 9 at the age of 50. He suffering a heart attack one week prior, and sadly never recovered. “We are deeply saddened to announce today that our loved one, DMX, birth name of Earl Simmons, passed away at White Plains Hospital with his family by his side after being placed on life support for the past few days,” a rep for the musician said in a statement to PEOPLE. “Earl was a warrior who fought till the very end. He loved his family with all of his heart and we cherish the times we spent with him.”

Stars like T.I., actually named DMX as one of his 50 greatest rappers of all time on The Brew Podcast, quickly took to social media to share loving messages about the musician. “Rest In Peace to a cultural icon. There are no words that can mend the loss the hip-hop community felt today #RIPDMX,” he wrote, including the white dove emoji, a symbol of peace. Our thoughts are with DMX’s friends, family and fans.

The truth about Josh Hutcherson’s girlfriend