Home » Celebrities » Everything You Need to Know About 'Ballers' Season 5 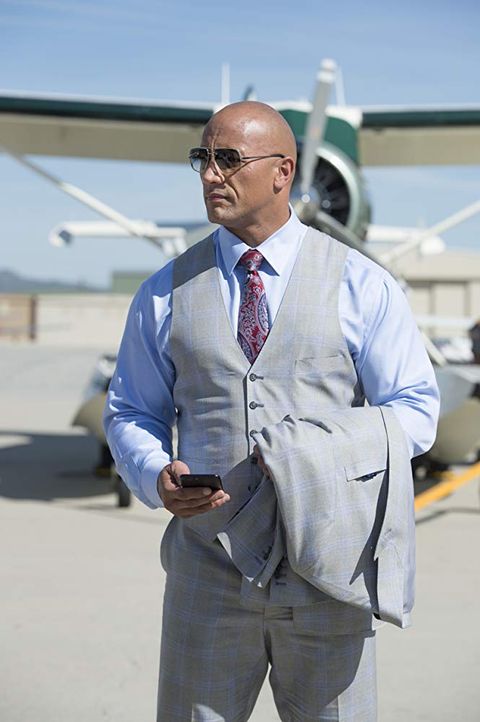 Ballers is going to keep on balling. Dwayne “The Rock” Johnson’s HBO series has been greenlit for a fifth season. Season four of the dramedy just wrapped up in October, with sports financial manager Spencer Strasmore (Johnson) facing a showdown with the NCAA.

What’ll happen when the new batch of episodes drops? Here’s everything we know about Ballers Season 5.

When does Ballers Season 5 start?

The last season just finished with episode nine on October 7. Season five is expected in 2019. In all likelihood, it’ll start airing in the summer, like past seasons, but there’s no guaranteed premiere date as of now.

Johnson is a busy, busy, busy man. In 2018, he was the highest-paid actor in the history of Forbes‘ Celebrity 100 list, and he already has three movies scheduled for next year. So things could shift around.

Who’s in the Ballers Season 5 cast?

Johnson will return as Spencer, of course, the former football star who now helps athletes cash in on their dreams as part of Anderson Financial Management. His right-hand man Joe (a delightfully scenery-chewing Rob Corddry) should also be back. John David Washington—Denzel Washington’s son—will be coming off his major success leading this year’s Spike Lee movie BlacKkKlansman, and returning to his role as Ricky, a top-rated NFL athlete.

What’s going to happen in the next season of Ballers?

The end of season four saw Spencer having an emotional moment at his brother’s grave and facing a legal struggle with the NCAA. He sued the NCAA, and publicly blamed the organization for his brother’s suicide. The PR fiasco led to Quincy (Eli Goree), who’s under Spencer’s guidance, being eligible again to play for USC. So Spencer was able to do some good, but it’s not yet clear if his lawsuit is still in play and how he will (or won’t) resolve his issues with the NCAA. Will he take the association to court, demanding pay for student-athletes, and get revenge for his brother? He did say “f**k the NCAA” to his dead brother so… possibly.

Joe scored a victory of his own by sealing a deal with Nike for skateboarders he represents. He’ll no doubt continue trying to elevate the extreme sports agency SportsX that Anderson Financial acquired.

Meanwhile, Ricky is now on the West Coast and getting in shape since he ended his retirement, but also dealing with quite a bit of emotional and physical baggage. The season-four finale revealed that he’s been using steroids. He comes clean to Joe, who says he’ll be cut from the team if he tests positive after the fifth game. So Ricky’s return to NFL glory is looking shaky, to say the least.

What are fans saying about Ballers Season 5?

HBO is keeping mum on plot for season five, but that hasn’t stopped fans on Reddit. With his gambit taking on the NCAA, Spencer has stirred up drama—but also potentially brought in a lot of new clients. Viewers seem to think Ballers will take an even more head-on approach to college athletics in season five.

“It seems pretty obvious that Spencer figured out a way to get everything he wanted,” one Reddit user said of the season four finale. “And moving forwards, if he’s able to get college kids paid, he’s the face of the movement and will be every major player’s first choice to manage their money. This is good for writing in the show too because you get to bring in college football. I was honestly kinda giving up on the show, and now I’m pretty excited for the next season.”

The fifth season is a do-or-die moment for many shows, so here’s hoping Ballers know how to keep on thriving.

Skint Katie Price drives new £52,000 Land Rover Discovery as she gets back behind the wheel after driving ban

The Mail's guide to the best box sets, movies and podcasts