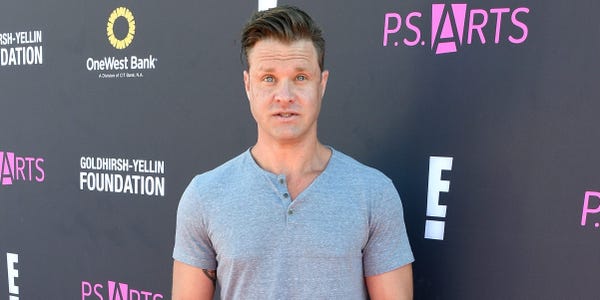 After a night out, 39-year-old Bryan and a woman the Daily Mail reported might be his girlfriend were arguing. The woman told police he put his arms around her neck and began to squeeze, TMZ reported.

When she tried to call 911, the woman said Bryan tried to take her phone, according to reports. She ultimately escaped and fled, and neighbors called the police.

When officers arrived, Bryan was sitting outside his home and the woman was at a nearby friend's place.

Police took Bryan to Lane County jail and he was booked around 1 a.m. on Saturday, according to The Chicago Tribune.

Bryan is facing three charges, including one felony strangulation charge and two misdemeanor charges of fourth-degree assault and interfering with a report.

Two weeks earlier, the former child star who played Tim Taylor's eldest son, Brad, on "Home Improvement," announced that he and his wife, Carly Matros, are planning to separate after 14 years of marriage. They have four children.

After finding childhood fame on "Home Improvement," Bryan has since appeared in "Fast and Furious: Tokyo Drift" after stints on shows like "Veronica Mars," "Cold Case," and "Burn Notice."

Rapper who bragged about getting rich off unemployment benefits in music video arrested for $1.2 million scheme, federal prosecutors say

International Emmy Awards Nominations: Glenda Jackson & ‘For Sama’ Among Those Vying For Prizes