”It will lead to violence. Not sure how we can stay,“ Stephen Hayes said, the New York Times reports 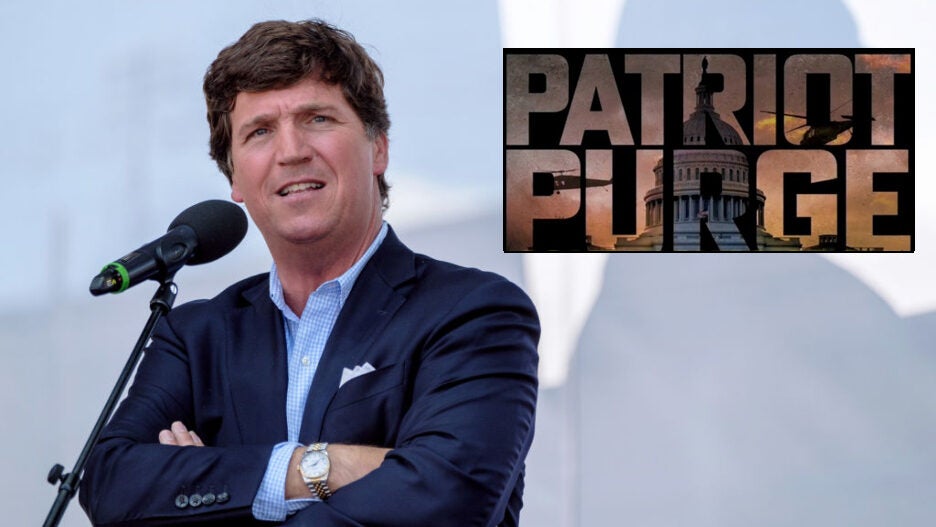 Longtime Fox News contributors Jonah Goldberg and Stephen Hayes have opted to leave the network to protest Tucker Carlson’s recent Fox Nation special “Patriot Purge” about the Jan. 6 riot at the Capitol, citing concern that the program will “lead to violence,” according to a report in Sunday’s New York Times.

Goldberg and Hayes exchanged texts after the trailer for the Fox Nation special was released on Oct. 27, the Times media columnist Ben Smith wrote, with Goldberg telling Hayes, “I’m tempted just to quit Fox over this.” And Hayes agreed, replying, “I’m game. Totally outrageous. It will lead to violence. Not sure how we can stay.”

Described as a three-part documentary about the Jan. 6 Capitol riot, “Patriot Purge” is filled with conspiracy theories and an assortment of lies about the events of the day – including one that the riot was actually a “false flag” operation designed to make conservatives look bad. After appearing on Fox’s online subscription streaming service on Nov. 1, both men decided to turn in their resignations after working at the network since 2009.

A Fox News spokesperson didn’t immediately respond to a request for comment.

Goldberg and Hayes, veterans of the National Review and Weekly Standard writer were prominent players in right-wing media circles in the pre-Trump era but seem to feel increasingly out of place in the GOP landscape of 2021. Two years ago, the two founded the online outlet The Dispatch as “a place that thoughtful readers can come for conservative, fact-based news and commentary.”

Goldberg told the Times that he and Hayes stayed at Fox because conversations at the network lead them to believe that it would attempt to “recover its independence and, as he put it, ‘right the ship.’” But, instead, Goldberg said that Carlson’s “Patriot Purge” was “a sign that people have made peace with this direction of things, and there is no plan, at least, that anyone made me aware of for a course correction.”

The resignations landed as Fox Corporation chairman Rupert Murdoch said during the annual News Corp investor meeting last week that his goal of advancing a conservative political agenda was being hindered by Trump.

“It is crucial that conservatives play an active, forceful role in that debate, but that will not happen if President Trump stays focused on the past. The past is the past, and the country is now in a contest to define the future,” Murdoch said in remarks that were not made public at the time but have since been reported by multiple outlets.

Carlson’s “Patriot Purge” has drawn sharp criticism since its launch, with the Anti-Defamation League calling on Fox News to cancel it. “Let’s call this what it is: an abject, indisputable lie, and a blatant attempt to rewrite history,” ADL CEO and National Director Jonathan A. Greenblatt said in a letter addressed to Fox Corporation CEO Lachlan Murdoch. Greenblatt expressed alarm that the “false narrative and wild conspiracy theories” presented in “Patriot Purge” could “sow further division” and possibly “animate violence.”

“There are a few on-air personalities at Fox who push back at the numerous conspiracy theories floating out there, many of which are given flight by former President Trump,” Greenblatt continued. “But the reality is that the network’s viewers are, in large part, Trump loyalists. Decrying the conspiracy theories and alienating Trump would alienate a chunk of their audience.”

How DBA Is Helping Creators Grow Their Businesses in 2020