Home » Celebrities » Harry Styles on his sexuality: ‘It doesn’t matter & it’s about not having to label everything’ 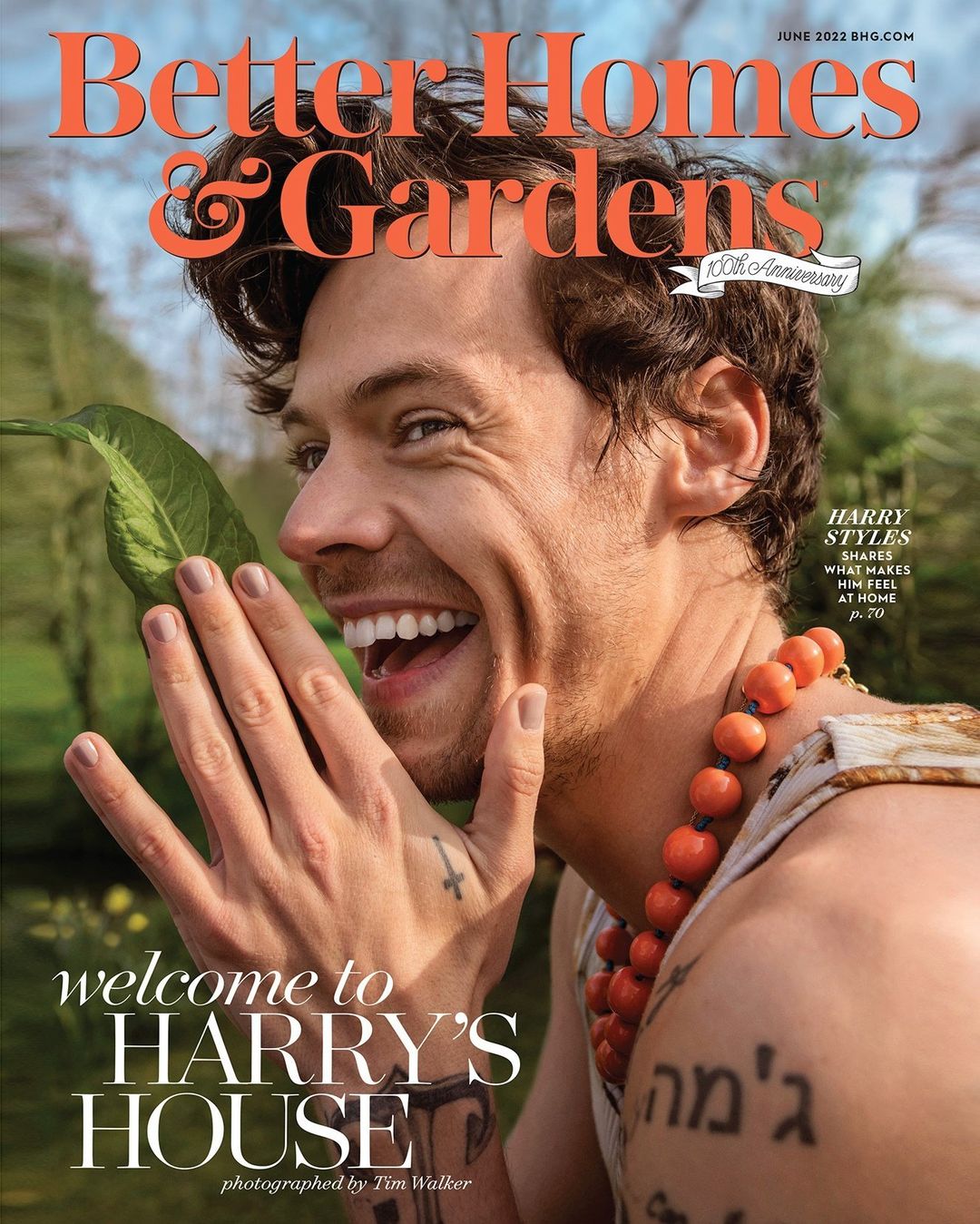 This is completely charming. Harry Styles decided to appear on the cover of the June issue of Better Homes & Gardens. BH&G usually doesn’t have big celebrity covers, but considering his new album is called Harry’s House, I would assume someone thought this would be clever cross-promotion. It’s adorable! The magazine’s profile of Harry reads like a standard celebrity profile, the kind of thing you would read in Vogue or GQ. Some highlights:

He loves cold-water swimming: “I feel like people who have discovered cold water swimming are just so happy for you that you’ve also found it.”

Why ‘Harry’s House’: “I realized that that home feeling isn’t something that you get from a house; it’s more of an internal thing. You realize that when you stop for a minute.”

Pandemic navel-gazing: “I think everyone went through a big moment of self-reflection, a lot of navel-gazing, and I don’t know if there’s anything more navel-gazing than making an album. It’s so self-absorbed.”

How is he so sane & productive? “My producer keeps asking me when I’m going to have my big breakdown. The most honest version I can think of is, I didn’t grow up in poverty by any means, but we didn’t have much money, and I had an expectation of what I could achieve in life. I feel like everything else has been a bonus, and I am so lucky.”

Ashamed about his sex life: “For a long time, it felt like the only thing that was mine was my sex life. I felt so ashamed about it, ashamed at the idea of people even knowing that I was having sex, let alone who with… At the time [during 1D], there were still the kiss-and-tell things. Working out who I could trust was stressful. But I think I got to a place where I was like, why do I feel ashamed? I’m a 26-year-old man who’s single; it’s like, yes, I have sex.”

He’s been thinking a lot about celebrity & privacy: “I think we’re in a moment of reflection. You look back, especially now there’s all the documentaries, like the Britney documentary, and you watch how people were abused in that way, by that system, especially women. You recall articles from not even five years ago, and you’re like, I can’t even believe that was written.”

He thinks it’s “outdated” to ask him how he defines his sexuality: “I’ve been really open with it with my friends, but that’s my personal experience; it’s mine. The whole point of where we should be heading, which is toward accepting everybody and being more open, is that it doesn’t matter, and it’s about not having to label everything, not having to clarify what boxes you’re checking.”

He comes across as a genuinely nice guy, honestly. I’ve always appreciated that Harry doesn’t explain his sexuality or why he wears pearls, corsets, lace and dresses. He just… does it and shrugs and keeps living his life. When he talks about working out who he could trust and the kiss-and-tell stuff, my mind immediately went to the Taylor Swift mess, but honestly, the British media had a field day with all of Harry’s hookups back in the day. He had a thing, for a time, for older women, and those relationships or flings were always splashed across the British tabloids. I think getting some distance from England really helped him figure out some things too – he seems to spend more time in America these days, plus he’s back on tour, so all of that means less time within the confines of Salt Island and their crazy tabloid culture. 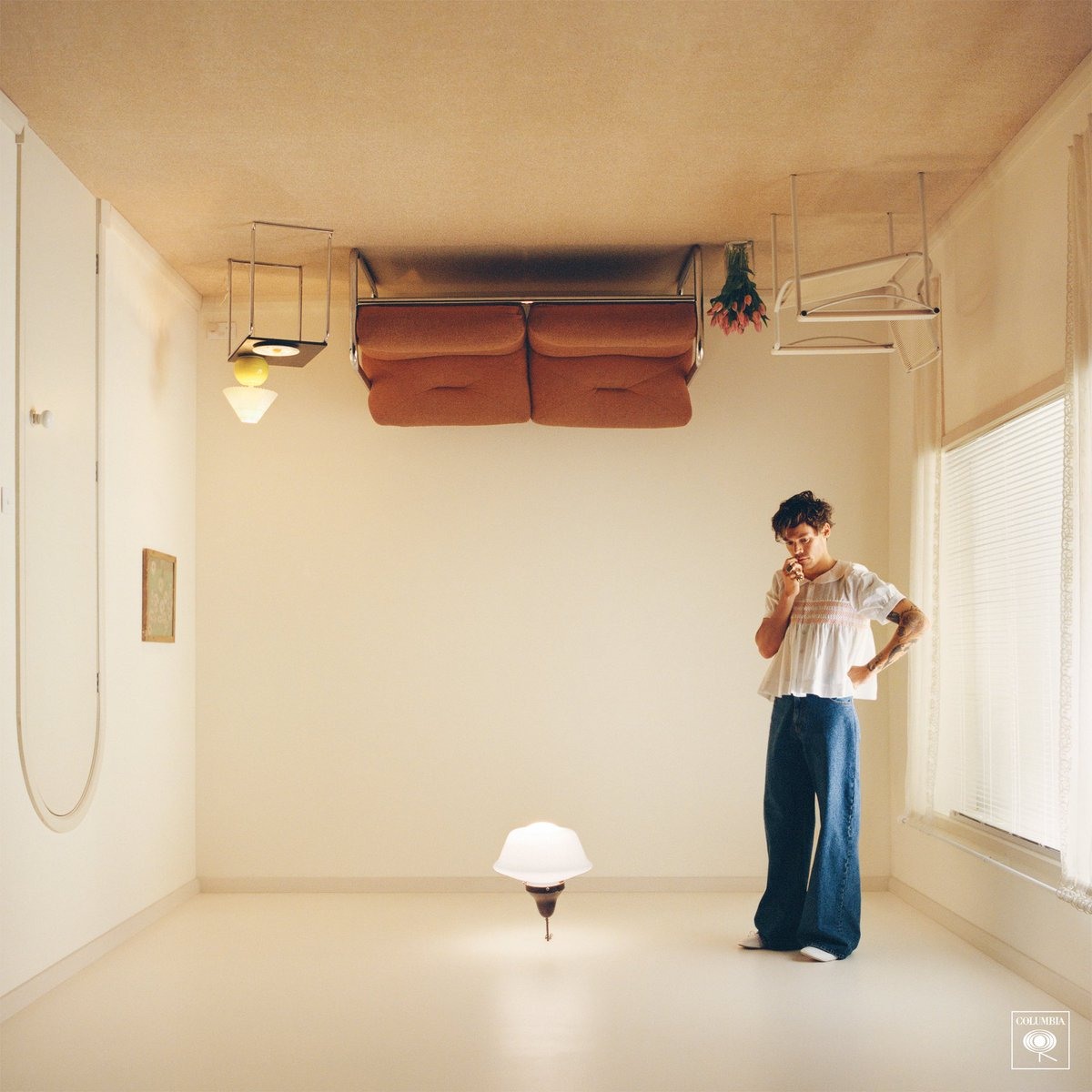 A third 'are overpaying for mobile phones', consumer watchdog warns