Home » Celebrities » Hillary Clinton on Bernie Sanders: ‘ Nobody likes him… he got nothing done’ 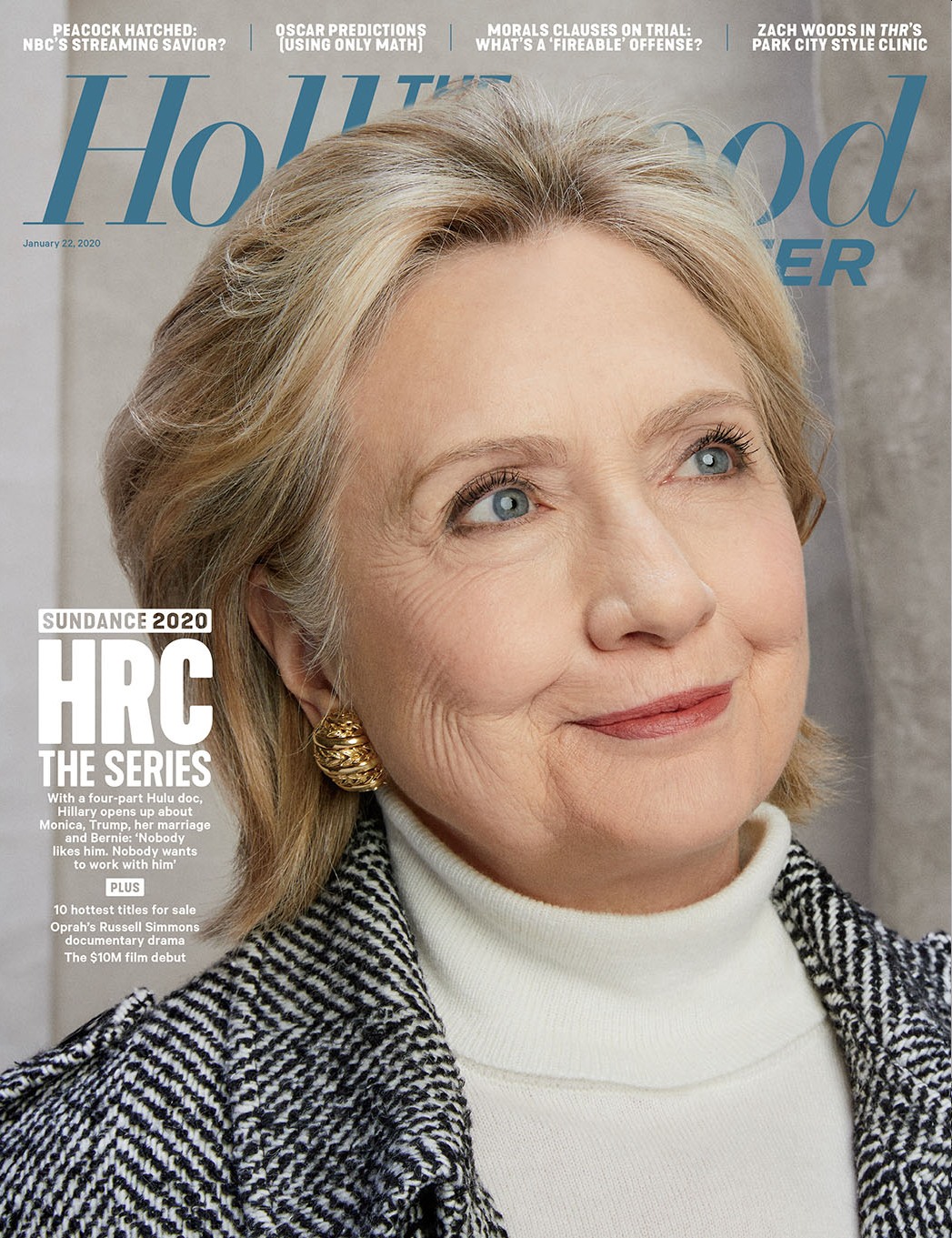 The Sundance Film Festival starts soon, which is why several trade papers have put Sundance previews on their most recent covers. The Hollywood Reporter’s new cover story: Hillary Clinton and her four-part Hulu series Hillary, which premieres at Sundance. Obviously, the docu-series is about Hillary’s life and work and many controversies and campaigns. The director says that she (and Hillary) would have loved to have more on-camera interviews with some of Hillary’s biggest detractors, but all of them turned it down. Which just shows you that most of these people don’t actually give a sh-t about anything they’re saying. The director also says that Donald Trump and Bernie Sanders were NOT asked for interviews, because (I’m paraphrasing) who needs to relitigate sh-t with these old dudes? That being said, Hillary talks sh-t, because of course she does. Hillary SNAPPED. You can read the full piece here. I’m just going to excerpt the Bernie Sanders part, because that’s the part everyone was discussing:

THR: In the doc, you’re brutally honest on Sanders: “He was in Congress for years. He had one senator support him. Nobody likes him, nobody wants to work with him, he got nothing done. He was a career politician. It’s all just baloney and I feel so bad that people got sucked into it.” That assessment still hold?
HRC: Yes, it does.

THR: If he gets the nomination, will you endorse and campaign for him?
HRC: I’m not going to go there yet. We’re still in a very vigorous primary season. I will say, however, that it’s not only him, it’s the culture around him. It’s his leadership team. It’s his prominent supporters. It’s his online Bernie Bros and their relentless attacks on lots of his competitors, particularly the women. And I really hope people are paying attention to that because it should be worrisome that he has permitted this culture — not only permitted, [he] seems to really be very much supporting it. And I don’t think we want to go down that road again where you campaign by insult and attack and maybe you try to get some distance from it, but you either don’t know what your campaign and supporters are doing or you’re just giving them a wink and you want them to go after Kamala [Harris] or after Elizabeth [Warren]. I think that that’s a pattern that people should take into account when they make their decisions.

THR: Speaking of, he allegedly told Sen. Elizabeth Warren in 2018 that he didn’t think a woman could win, a statement he vigorously denies. How did you digest that?
HRC: Well, number one, I think [that sentiment] is untrue, which we should all say loudly. I mean, I did get more votes both in the primary, by about 4 million, and in the general election, by about 3 million. I think that both the press and the public have to really hold everybody running accountable for what they say and what their campaign says and does. That’s particularly true with what’s going on right now with the Bernie campaign having gone after Elizabeth with a very personal attack on her. Then this argument about whether or not or when he did or didn’t say that a woman couldn’t be elected, it’s part of a pattern. If it were a one-off, you might say, “OK, fine.” But he said I was unqualified. I had a lot more experience than he did, and got a lot more done than he had, but that was his attack on me. I just think people need to pay attention because we want, hopefully, to elect a president who’s going to try to bring us together, and not either turn a blind eye, or actually reward the kind of insulting, attacking, demeaning, degrading behavior that we’ve seen from this current administration.

Hillary has had enough of Bernie Sanders’ bullsh-t and I have to say ME TOO. I’ve been over that old fart since 2016 and his toxic bros have only gotten worse since then. I feel like this is Hillary’s strategy now – she’s not going to run for anything ever again, so she gets to sit on the sidelines as a Democratic elder and say “actually, this is how it really f–king is.” She did that with Tulsi Gabbard too. And yes, I saw all of the Bernie bros and Russian bots attacking Hillary for spilling the toxic-bro tea to THR yesterday. It’s almost like… they’re too stupid to understand that they’re making her case.

Cover and photos courtesy of THR.

Coronavirus challenge looms as Muslims, Christians set to gather for worship after lockdowns