Holly Willoughby almost ‘knocked out’ This Morning’s medic with a cork in a hilarious blunder during today’s cooking segment. 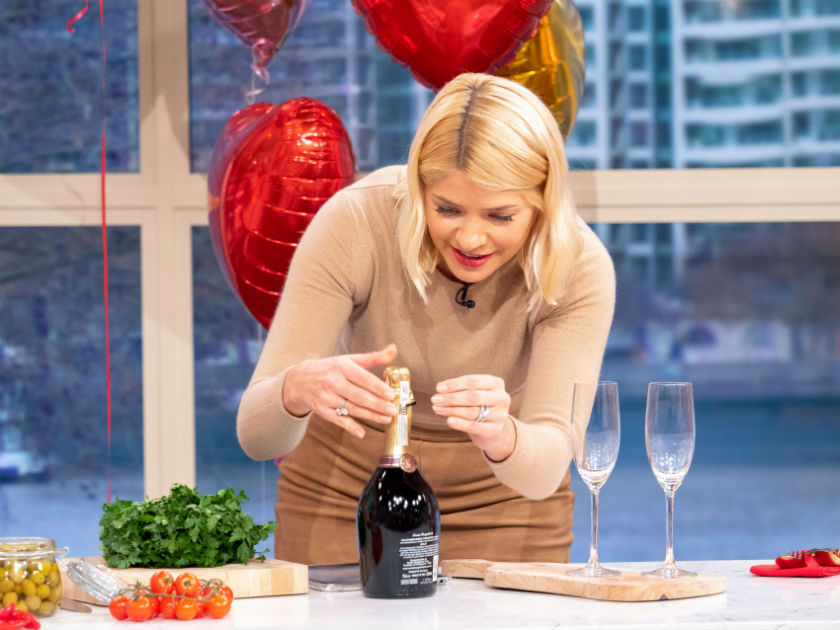 With chef Gino D’Acampo calling in sick on his way to the studios, it was up to Holly and co-host Phillip Schofield to tackle cooking a Valentine’s Day meal.

But it almost went horribly wrong when Holly popped open a bottle of prosecco and the cork went flying to the other side of the studio.

Phillip then joked that the cork almost ‘hit’ the show’s medic.

But it wasn’t just Holly’s over zealous cork popping that had fans in fits of laughter, as Gino was soon on the phone yelling at the pair for the terrible job they were doing of cooking his crab linguine. 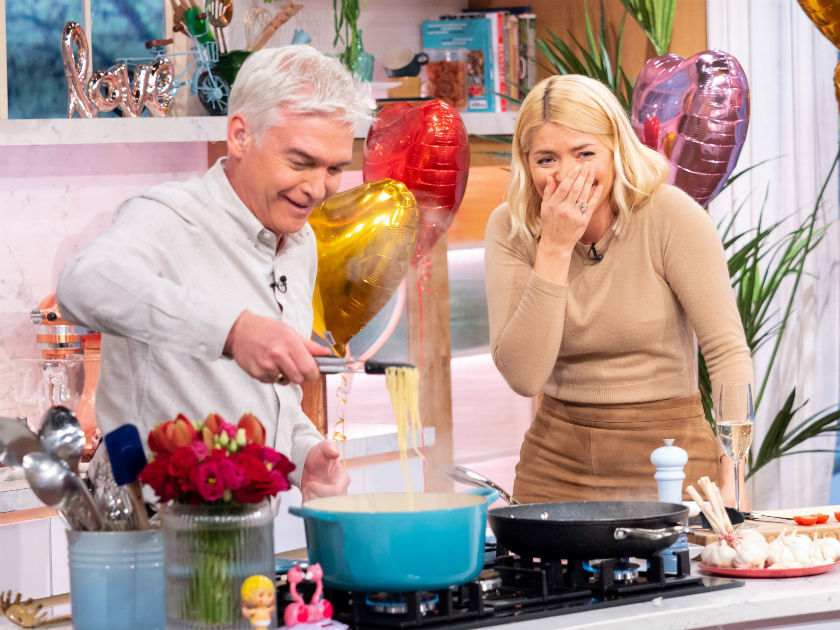 ‘Stir the pasta!’ Gino demanded. ‘The pasta and the garlic and the chilli are burning!’

But Holly and Phil were soon begging him to go back to bed and stop shouting at them.

‘Can I say something? You don’t sound nearly sick enough not to be here,’ Holly said, adding: ‘By the way, stop shouting’. 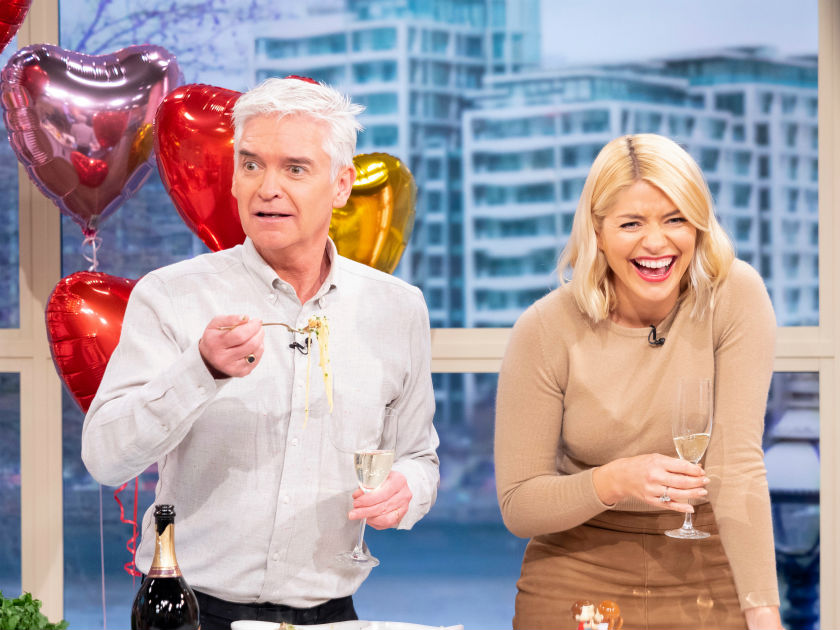 Meanwhile, Holly’s voice was noticeably hoarse during the show after she celebrated her 38th birthday on Sunday.

After kicking off celebrations early with The Streets gig at the end of last week, Holly spent Sunday at a relaxing spa resort with her three children.

The blonde beauty took to Instagram to give fans a glimpse into her big day, as she shared a photo of herself cuddling on a sofa with her daughter Belle, seven, and two sons Harry, nine, and Chester, four – whom she has with her hubby Dan Baldwin.

‘Hugs, happiness and birthday bundles…Hello 38… what do you have in store?,’ Holly wrote alongside the sweet image, which saw her make-up free and lying down on a sofa as her children swarmed her with love.

Thurrock chose to leave the EU. Are voters there still happy?

Facebook says it will ban groups that openly support QAnon