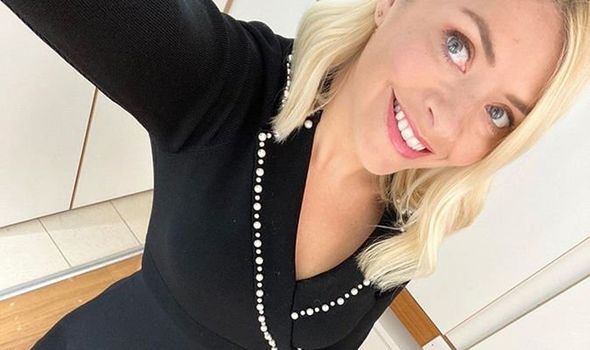 This Morning host Holly Willoughby has become a style icon over the last few years thanks to the flattering and feminie outfits she wears on television.

The 39-year-old TV star has amassed an Instagram following of 6.6 million users, as fans flock to her account to see her daily outfit posts.

True to form, Holly took to the social media site yesterday to share the details of her latest ensemble, and shocked one celebrity follower with her choice.

Lisa Riley, who is best known for playing Mandy Dingle in Emmerdale, said the post was the “highlight” of her day.

She noticed that Holly’s black dress, which featured a pearl detail along the plunging neckline, was remarkably similar to one worn by her soap character.

The 43-year-old Emmerdale star posted a side-by-side picture of the pair to prove her point. 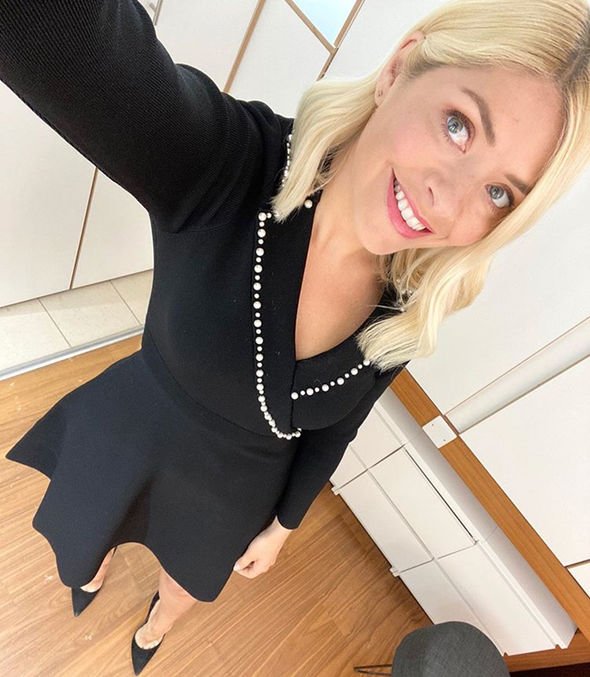 The actress went on to explain: “On today’s @itv @thismorning the #style icon that is the beautiful @hollywilloughby has chosen a VERY similar outfit to Mandy Dingles Salon ‘Work Suit’ in @emmerdale.”

Lisa continued: “We could be a new girl group #thepearlyqueens.”

“I wouldn’t have thought #holly would be #shopping in Hotten for her #clothes,” she added, before signing off with the hashtags: “#fashion #styleicon #lockdown #tv #emmerdale just a laugh #laugh.” 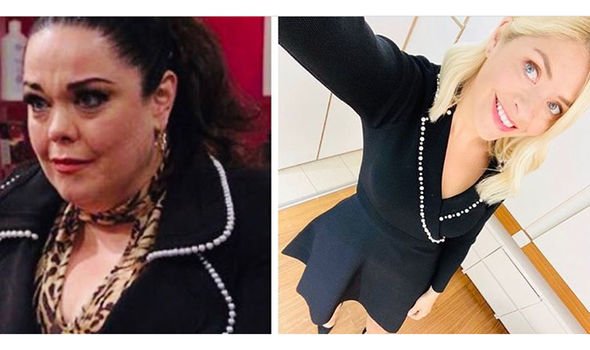 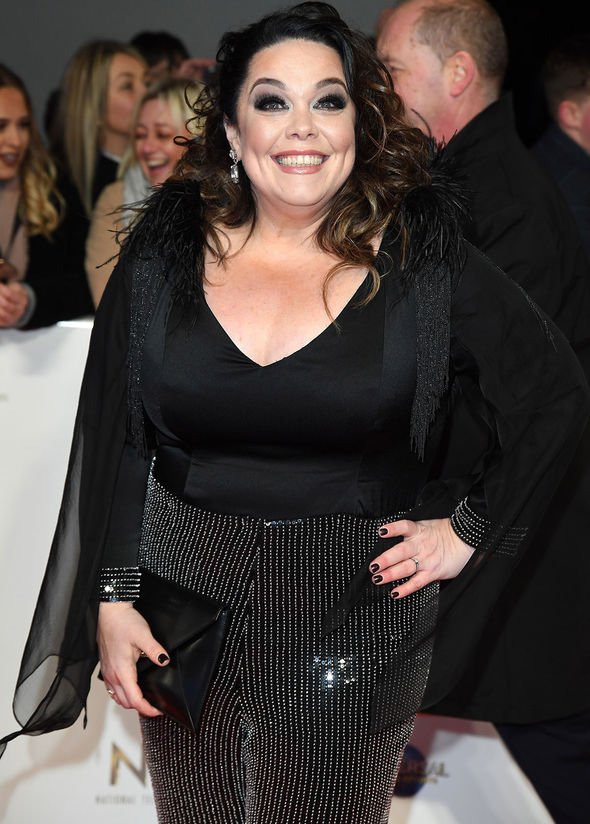 Also spotting the likeness one user took to the comments section to say: “EXACTLY what I thought as soon as I saw it #HollyWillsStyledByMandyDingle #MandyDingleStyleIcon #MandyDingleFashionGroup [laughing emoji].”

Another added: “Mady Dingle is an inspiration to many.”

A third added: “Love this.”