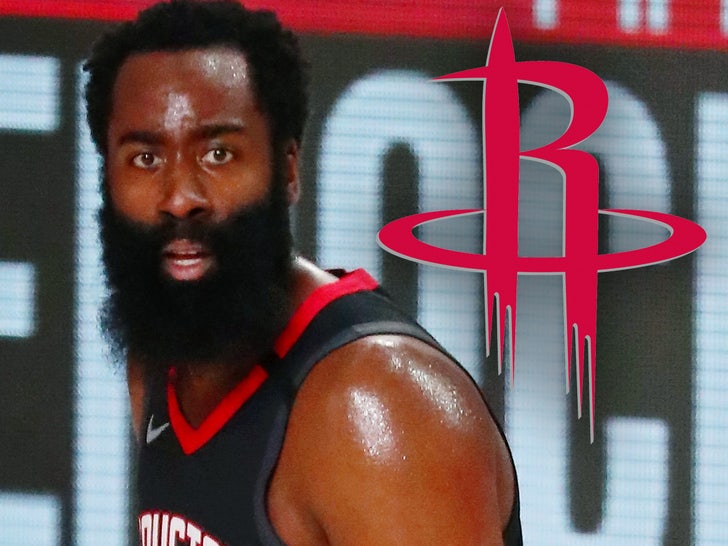 The NBA has postponed the Houston Rockets vs. OKC Thunder game set for Wednesday night — because the Rockets don’t have enough players available to field a team due to COVID restrictions.

An NBA team needs at least 8 players to compete — and the Rockets don’t have enough guys.

Here’s the deal … the NBA says, “Three Houston Rockets players have returned tests that were either positive or inconclusive for coronavirus.”

Additionally, the league says 4 more players are quarantined due to the league’s contact tracing protocol.

Rockets superstars John Wall and DeMarcus Cousins are 2 of the players in the contact tracing protocol, according to The Athletic’s Shams Charania.

Plus, there’s more drama including James Harden, the NBA says the superstar is also unavailable due to “violation of the health and safety protocols.”

Harden was spotted partying this week without a mask. Some people claimed Harden was at a strip club but Harden says he was just showing his “home girl love” at a private event.

So, that’s a total of 8 guys unavailable for the Rockets — which leaves them without enough players to field a team. Crappy way to kick off the season.

The Rockets vs. Thunder game was supposed to be one of the NBA’s marquee opening night matchups to kick off the 2020-21 season.

Singapore, Malaysia announce billions in stimulus to prop up economies as coronavirus spreads