Home » Celebrities » How many Aston Martins go in the line of fire to shoot a Bond movie?

How many Aston Martins go in the line of fire to shoot a Bond movie? Answer: TEN… Stunning new images from No Time To Die show iconic DB5s during filming in the Italian stone city of Matera

No Bond film is complete without a high-octane car chase – although with 007’s record of totalling expensive motors, the MI6 underling who deals with his insurance must be tearing his hair out.

Stunning new behind-the-scenes pictures from No Time To Die show ten Aston Martin DB5s, eight of which were specifically made for the film, against the backdrop of the stone city of Matera, southern Italy.

But it’s uncertain how many of them will still be in tip-top condition after filming. During production of Daniel Craig’s previous outing as Bond in 2015, ten Aston Martins were used – and seven of them were destroyed.

In Spectre, a movie record of £24million-worth of motors, also including a Land Rover, ended up being wrecked. 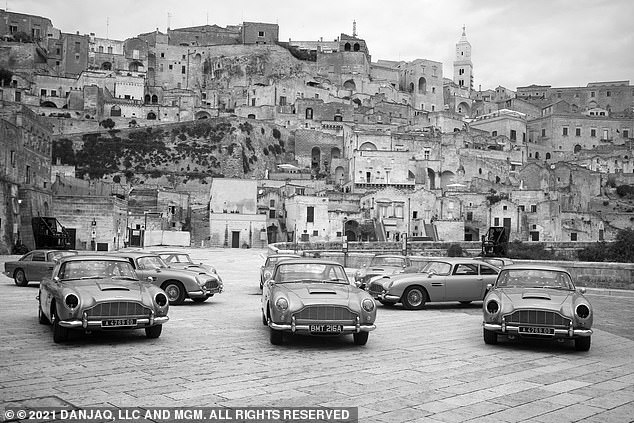 Ten DB5’s, eight of which were made specifically forthe film, against the backdrop of Matera, Italy. NO TIME TO DIE is an EON Productions and Metro Goldwyn Mayer Studios film 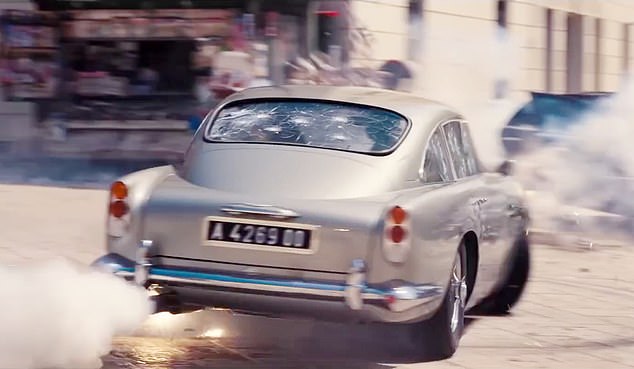 In Spectre, a movie record of £24million-worth of motors, also including a Land Rover, ended up being wrecked. Pictured: A still image from No Time to Die 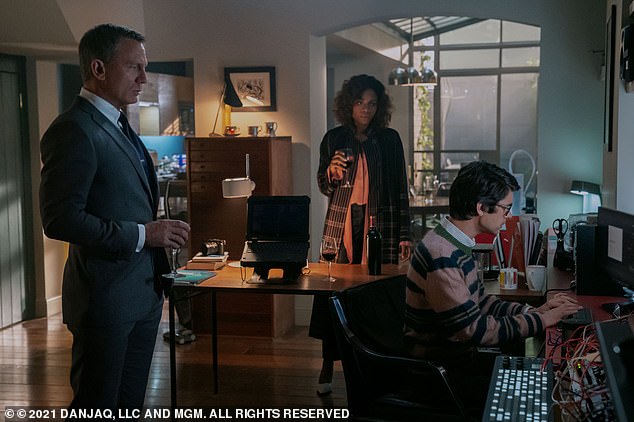 The recent trailer for No Time To Die also shows 007 putting his Aston Martin in extreme peril, as he and love interest Madeleine Swann (played by Lea Seydoux) shelter behind bullet-proof glass as enemies take aim at them – before Bond floors the accelerator.

The black and white photograph of the ten DB5s is part of a new exhibition at the Leica Gallery in Mayfair, London – steps away from Bond Street – celebrating the release of the 25th spy adventure.

Leica has long been Bond’s favourite make of camera. In Ian Fleming’s 1959 novel Goldfinger, Bond uses a Leica M3 – which had a near-silent shutter – to capture the titular villain’s cheating ways.

For the ‘No Time To Die – behind the scenes’ exhibition, 007 producer Michael G Wilson, Craig and photographers Nicola Dove and Greg Williams captured a series of intimate moments during shooting with their Leica cameras. 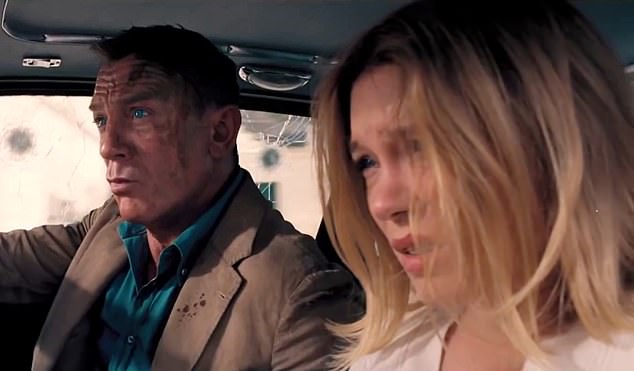 Pictured: Still image of Daniel Craig as James Bond in the trailer for No Time to Die 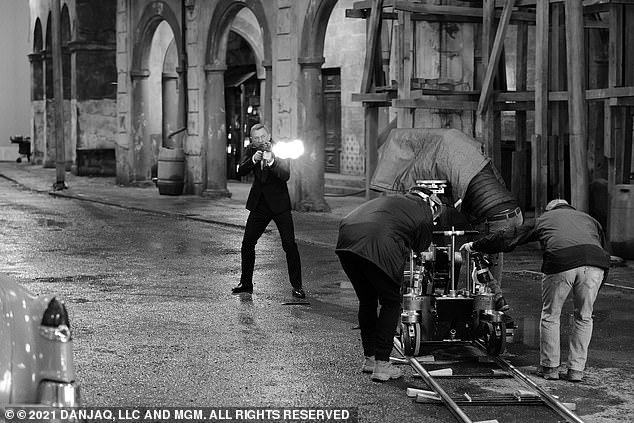 Daniel Craig on the Cuba set,Pinewood Studios. NO TIME TO DIE is an EON Productions and Metro Goldwyn Mayer Studios film

One of Nicola Dove’s photos shows Craig, with Naomie Harris as Miss Moneypenny, looking over the shoulder of Ben Whishaw’s Q as he taps away on a computer. The exhibition runs until October 15.

No Time To Die, directed by Cary Fukunaga, was originally scheduled for release in April 2020, but was pushed back more than 18 months due to the pandemic.

The premiere will take place at the Royal Albert Hall in London on September 28, and it will be released in cinemas on September 30. Craig, 53, has stated that the film will be his last as Bond.

Dwayne Johnson Reveals the Cast of 'Young Rock' TV Series, Including Three Versions of Himself

UK lockdown rules: what you are allowed to do from Monday