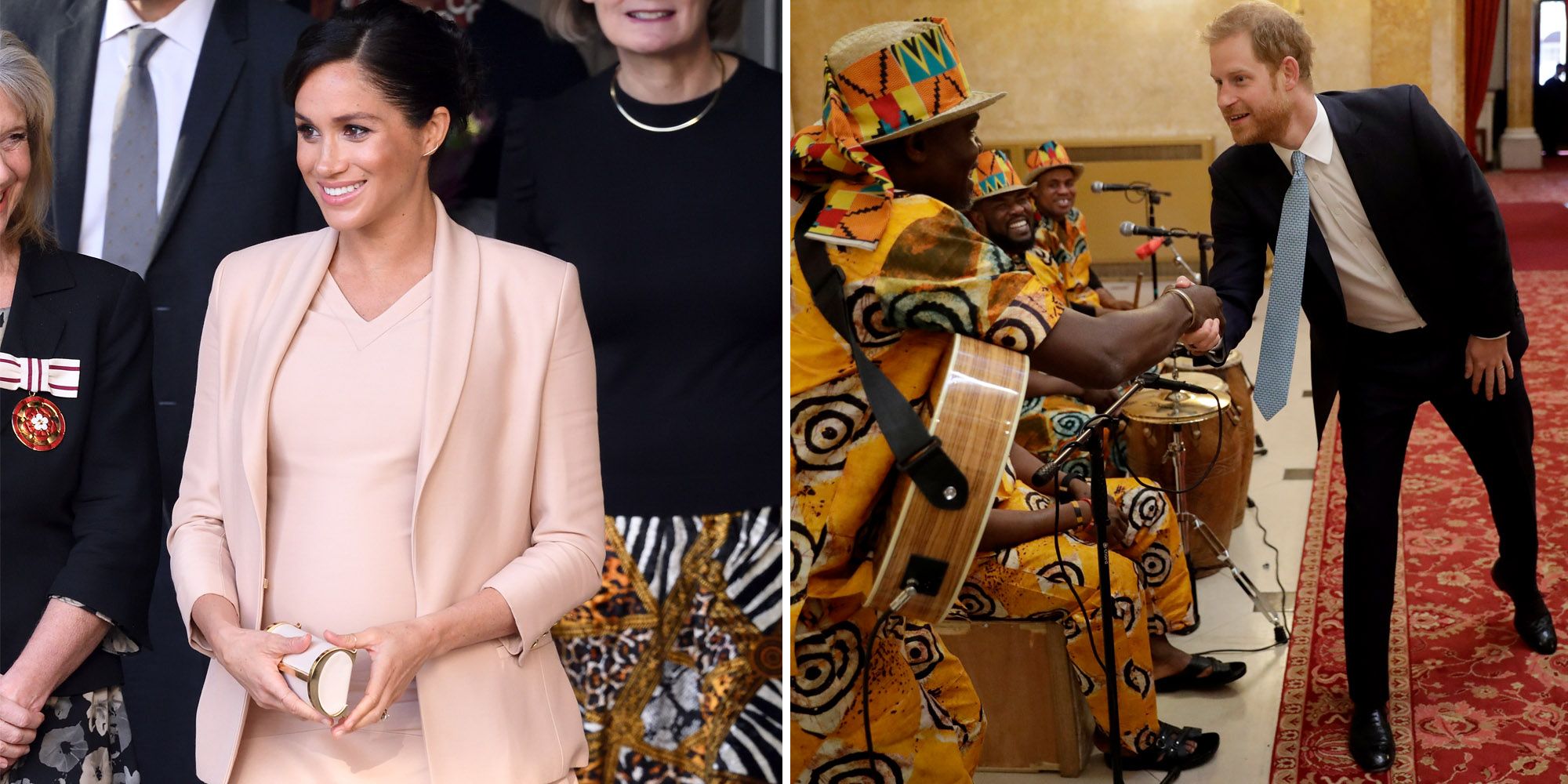 Prince Harry and Duchess Meghan are determined to do good on a promise they made the day they got engaged: to encourage the next generation to become advocates for causes they believe in. On Wednesday, January 30, the Duke and Duchess of Sussex continued their mission with two solo appointments focused on youth issues and diversity.

Harry, in his queen-appointed role as Commonwealth Youth Ambassador, took center seat at a roundtable session with young representatives from across the 53 sovereign states, ahead of the 2020 Commonwealth Heads of Government Meeting (CHOGM) in Rwanda.

And Meghan’s visit to the National Theatre marked her first since becoming their royal patron, a responsibility passed on by the queen after 40 years in the position. The duchess hopes the job will help bring together the arts and people—particularly younger ones—from different backgrounds and communities to produce world-class theater that’s more inclusive and accessible. The visit offered the duchess a chance to learn more about the National’s work with arts and community organizations across the country and how it’s using theater as a “force for change.”

“It’s really quite wonderful,” Meghan said while touring the Thames-side building and meeting a cross-section of young people who are involved in a number of initiatives, including the award-winning participatory program Public Acts, which encourages people of all ages and from all backgrounds to contribute to a theater production.

Meghan chatted with apprentices who work on the theater’s props and scenery and who specialize in carpentry, metalwork and painting. “From all diverse technical backgrounds, you are all coming together to make one thing,” she said. “It’s so wonderful.”

Artistic Director Rufus Norris first met Meghan during a private visit last December. Her partnership with the theater is a “perfect match,” he told BAZAAR.com in a roundtable interview, adding that Wednesday’s varied engagement itinerary was “absolutely led by the passion of the duchess.”

He added, “She was very clear about the areas of our work that she wanted to get an insight into. Any member of the public can come and see the shows that we do, but the other work is obviously less visible to most … and she’s been very clear that it’s that work—the community work, the national work, and the educational work—and the representation that she’s very passionate about.”

Although Meghan made a name for herself in show business playing Rachel Zane for seven seasons of TV drama Suits, her love for the theater began at a young age. She performed in numerous school productions before studying the craft at Illinois’ prestigious Northwestern University, where she discovered an interest in Greek tragedies. She also volunteered at an after-school performing arts program for children living in Los Angeles’ underprivileged school districts.

“The duchess, with her background, is a very natural fit for the organization,” said Norris. “She is passionate about the impact the arts can have, whether it’s social prescription to do with health or to do with community building.”

During her visit, Meghan—wearing a blush pink Brandon Maxwell dress, Aquazzura pumps and Carolina Herrera clutch—also watched a group of fifth-grade students put on a special performance of their own musical version of War Horse. “You guys did an amazing job when I saw you perform right before Christmas,” she smiled. “I snuck in and watched. It was great, I didn’t want to leave.”

On Thursday, January 31, Meghan will continue her focus on accessibility and inclusivity with a visit to the Association of Commonwealth Universities, an organization dedicated to building a better world through higher education.

National Theatre Executive Director Lisa Burger said their new royal patron marks the start of an “exciting” new chapter. “Certainly the duchess’s profile will mean that … the National’s mission to make excellent theater absolutely available to everyone [will] be apparent to a lot more people—and that’s really important to us.”

Four miles away, Harry’s morning engagement offered a chance to hear more about the projects youth ambassadors are involved in ahead of 2020’s CHOGM and share his own views, admitting his own impending fatherhood has made him more determined help.

“As someone who is about to become a father, I am acutely aware of our shared responsibility to make this world more resilient and its inhabitants more accountable for the next generation,” he said in a powerful speech at west London’s Lancaster House. “I can honestly say I feel more passionate than ever about the huge opportunity we have here: To empower young people across the Commonwealth, you who are here in this room today, and the millions around the world who are part of this global collective of change makers.”

He also stressed the importance of mental health support for people under 30 and the issues of sustainability and environmental protection. “What I have come to understand so deeply is that all health is interconnected—our mental health, our planet’s health, the health of our communities,” he said. “We do not survive, and certainly do not thrive, without the acknowledgment and understanding that in addressing one problem, we are paradoxically solving another. That is the power you hold in your hands.”

Rapturous applause greeted his words from the ambassadors gathered in the conference hall. They represented nations including India, Fiji, Ghana and Jamaica.

Lord Tariq Ahmad, Minister of State for the Commonwealth, hosted the event and tells BAZAAR.com that Harry has already made a “strong impact” as Youth Ambassador since taking on the role just nine months ago. “He has a lot of empathy and is someone who they can connect with,” he says. “Both the Duke and Duchess are fantastic role models for today’s youth‚ it’s evident not just in what they say but also the work they do. [They’re] a very dynamic couple.”

Brooke Shields Gets Smacked in the Face by Her Daughter for Viral TikTok Challenge: 'I Have a Fat Lip'