Home » Celebrities » Is Benny Watts From ‘The Queen’s Gambit’ A Real Person? He’s Based On A Chess Star

For many viewers who know little about the world of chess, The Queen’s Gambit is an eye-opener. Not just in how thrilling the sport can be, but in the reality of its history. Some have thought Beth Harmon must be based on a real person and are surprised to learn the story is fiction, based on the 1983 novel, The Queen’s Gambit. But is anyone in the series based in fact? For instance, is Benny Watts from The Queen’s Gambit a real person? Unlike Beth, there was a real-life inspiration for the character.

Author Walter Tevis wrote The Queen’s Gambit. It was one of his last works; his other well-known titles include The Hustler and The Color Of Money. His novels are as much character studies in how certain personality types which either thrive (or fail) within society and how our culture responds to them. The Queen’s Gambit is a particular favorite among his fans because it tackles not just how our society treats genius, but female genius. Beth’s domination of the very male-dominated chess sport also lets the reader (or the viewer) experience how women are also conditioned to view themselves and how Beth struggles against that mold.

One of Beth’s most important relationships is with Benny Watts, a fellow chess prodigy. Like Beth, he had a knack for the game as a child, but unlike her, was given opportunities from an early age, and by the time they meet, he’s a seasoned champion who doesn’t bother to compete half the time. 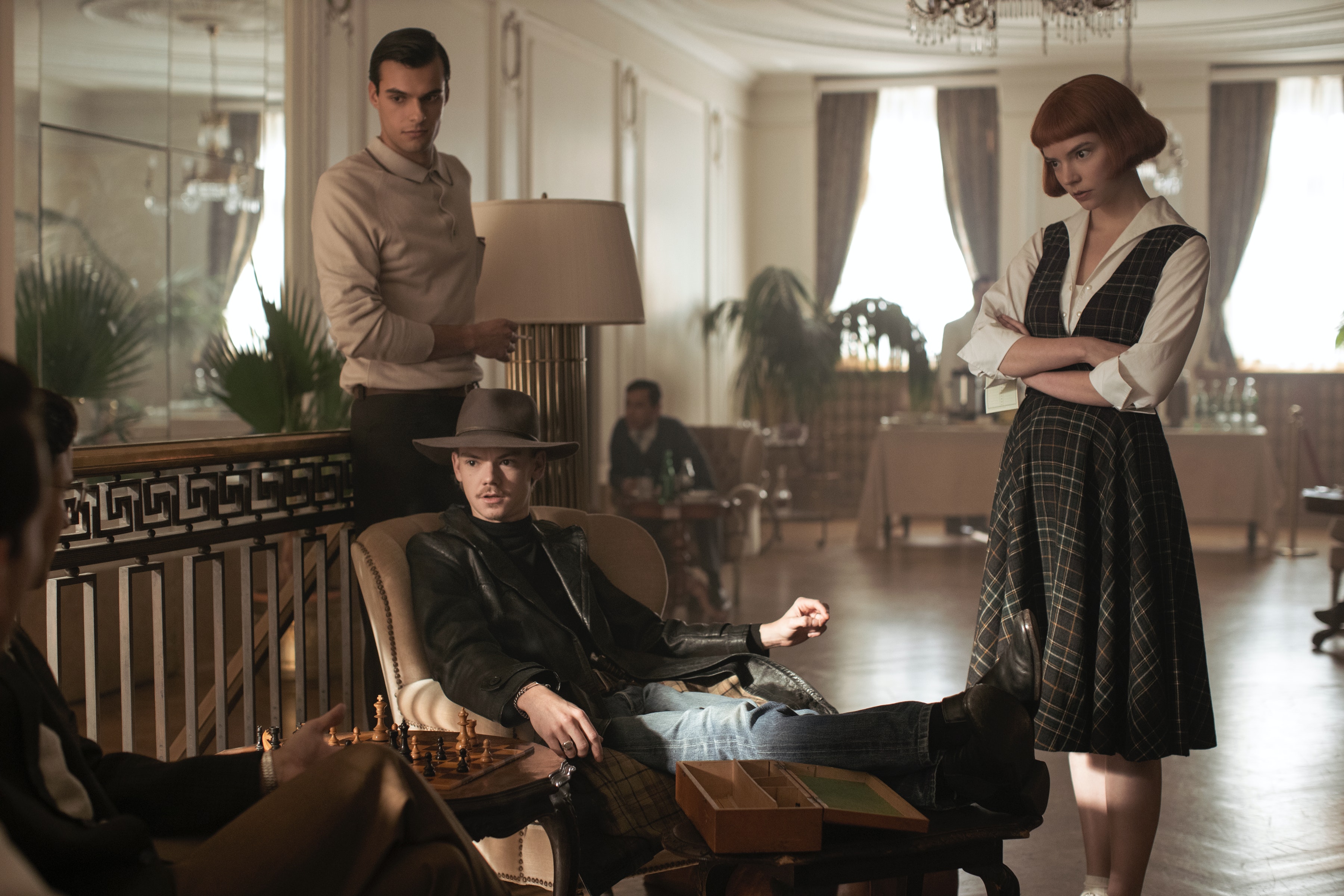 However, unlike Beth, Tevis had a model on which to base Watts: Bobby Fischer. A real-life child prodigy chess genius, by the time Fischer was a teenager, he was going up against Grandmasters three to four times his age and beating them. In 1956, at the age of 13, he won a match dubbed "The Game of the Century."

At 20, he set a record at the US Chess Championship with 11 wins in 11 games. At age 29, he beat Boris Spassky of the USSR, which was viewed as a proxy fight for the Cold War, and was one of the most publicized chess matches in history.

But by his mid-30s, Fischer had retired after reports of erratic behavior surfaced, and by the time Tevis was writing this novel, he had disappeared from public view. Watts was his semi-tribute to Fischer, creating a version of the real-world champion for Harmon to take on and beat, both in heart and mind.

Model stuns in tiny snake print bikini from Fashion Nova as fans ask ‘where’s the rest of it?’

Gaza: Palestinians in limbo for Christmas after permits reversal