Home » Celebrities » Is ‘The Front Runner’ Worth Seeing? Read Our Review!

We’re knee-deep in Oscar season now, which means that a prestige drama titled The Front Runner begets high expectations. A former presidential hopeful named Gary Hart once had high expectations too. In 1988, the U.S. senator from Colorado had the youthful good looks, charm and the political cred to conceivably go all the way to the White House. Then his promising candidacy fizzled out. Perhaps it’s only fitting that his movie follows suit. 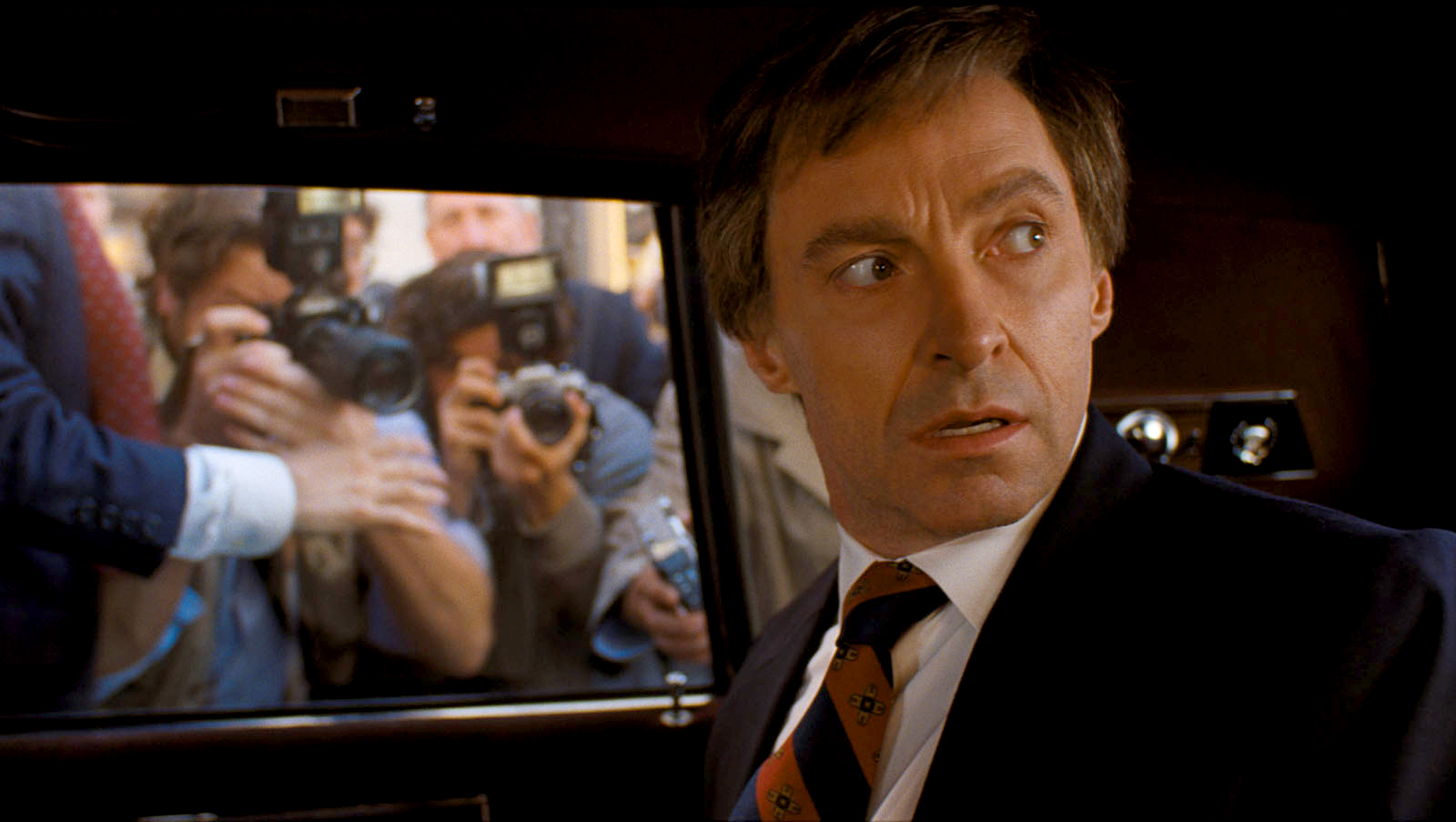 The ever-versatile Hugh Jackman plays the shaggy-haired candidate. And for those who don’t remember this historical footnote, here’s what happened: After losing the Democrat nomination in 1984, Hart was primed to vie against Republican George H. W. Bush for the presidency. Game, set, match. In his favor? He had charisma to spare — maybe not P.T. Barnum levels, but right up there with Wolverine circa X-Men: Days of Future Past. He’s a schmoozer that thrives on working a crowd. As for his social and financial platform for running the country. . . well, this is never outright addressed. But did I mention the charisma.

Hart is also a family man with a wandering eye. During a solo trip to Miami, he hobnobs on a docked yacht called Monkey Business. That’s where he strikes up a conversation with a comely blonde and pharmaceutical rep named Donna Rice (Sara Paxton). They hit it off, and an affair begins. Soon, reporters at The Miami Herald are tipped off to the liaison. They pursue it, do their research (i.e., covert photographs!) and run with the headlines. Call it an emotional dagger to the Hart. BTW, The Front Runner is this briskly paced.

Wait, a politician embroiled in a sex scandal?! Stop the press! While high-profile infidelity is a blip on the 24/7 news cycle in 2018, it was A Big Deal three decades ago. Introducing the film at its world premiere of the Telluride Film Festival, director and co-writer Jason Reitman (Juno, Up in the Air) noted that he hopes audiences can detect the thread between then and now. It’s impossible not to, yet the scandal is not presented in any sort of thought-provoking way. The same goes for its themes of morality in public office, the responsibility of journalism, and the role of family values. There’s an underlying #MeToo message in the way Rice is so casually dismissed as a dumb blonde. Reitman touches on all the above without a firm grasp. His work in Tully earlier this year was far more rewarding.

Jackman — an actor who can do it all on a screen and is well-cast here — can’t quite sell the intrigue. We’re all adults here, so we know why a politician would cheat on his estranged wife that happens to live across the country. He’s angry only because he’s caught by a few eager reporters that wander onto his property; he’s remorseful only because the missus (Vera Farmiga in a thankless role) found out; he’s sad only because he knows his campaign is free falling. It’s a formula we’ve all seen played out in front of cameras for decades. I still don’t know what makes this guy tick as a disgraced political animal, let alone as a human being. He’s a cipher in his own story. And yet, Reitman asks us to be sympathetic toward this lying, cheating senator.

The best moments in The Front Runner don’t even feature him. Like Primary Colors, The Ides of March and The West Wing, the campaign staff is full of colorful, whip-smart characters. You’ll see J.K. Simmons, Toby Huss and Kevin Pollack volley barbs back and forth before fading in the background. The dialogue is strictly Aaron Sorkin-lite, however, as it lacks that screenwriter’s rat-a-tat wit. Hart’s rendezvous started on a yacht called Monkey Business. The only death is a presidential campaign. Levity is needed, if not required. As is a fact-checker: Thanks for the Us Weekly shout-out, guys, but the magazine wasn’t around in 1988!

Meanwhile, the mediocre The Front Runner probably won’t be around in a month. That’s what happens when you don’t rock the vote.

The Front Runner opens in select theaters on Tuesday, November 6

Woman in her 80s found dead in rural Devon as man, 35, arrested over 'murder'