Love Island winner Jack Fincham has responded to reports that his girlfriend Dani Dyer has moved out of their shared home following his cocaine binge confession. 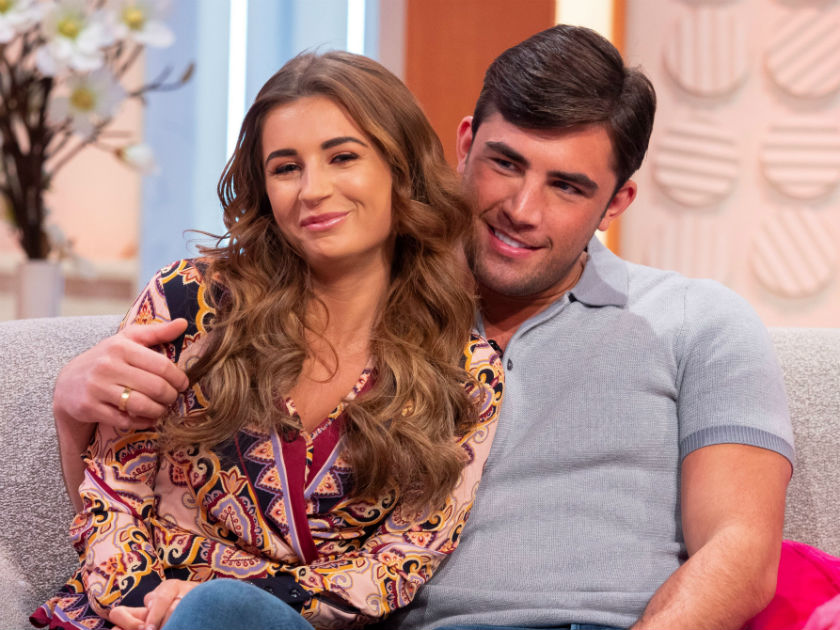 The former pen salesman recently admitted that he had snorted cocaine in the early hours of the morning following a wild night out – and now, according to reports, his ‘disappointed’ girlfriend Dani has fled their love nest.

According to The Sun, Dani’s mum Jo was seen collecting her daughter’s belongings from the young couple’s home in a suitcase.

They also claimed that Jo and husband Danny Dyer have begged their daughter to leave Jack and move back into their family home in Essex.

More: Jack Fincham and Dani Dyer pack on the PDA at NTAs after ‘uncomfortable’ Lorraine appearance

But Jack and Dani have since responded to the rumours, claiming they are ‘untrue’.

Taking to Twitter, Jack said: ‘Please don’t read everything you read , I love Dani and her family and me and Dani are fine we love each other , it’s a shame that this has been written as it’s so untrue.’

While Dani said: ‘I can’t believe I’m commenting on a paper but when my family are constantly brought up I can’t bare it.

‘MY family have done nothing but always love and support jack through good times and bad. So don’t send me messages and judge something you know nothing about!’

Earlier this week, Jack revealed the downside of being in the public eye after he gave in to the pressure of constantly being offered drugs.

‘I’m in a new world of partying and stuff, and being in circles that I would never normally have been in,’ he told The Sun.

‘I’d never normally be in these situations but, yes, since winning the show I have been offered cocaine a lot.’

Recalling a night out with his Love Island pals Adam Collard and Sam Bird over the weekend, the star continued: ‘I went out all night, I was drinking and I just got carried away and made a stupid, stupid mistake which I wish I’d never done, you know. I regret it.’

After admitting to snorting cocaine in the early hours of the morning, Jack continued: ‘That night, it was a complete error in judgment. It’s a silly thing to do, it’s not something I’ve made a habit of. I mean, what an idiot.

‘It’s not a reflection of my character, but I’ve had a blowout. It was a lapse in judgment, but it’s not something that I’ll ever do again.’

Owning up to his mistakes, Jack has since confessed the slip up to girlfriend Dani, who is said to have been ‘disappointed’ by her boyfriend’s actions.

‘I’ve told Dani, and obviously she doesn’t agree with anything like that at all,’ he said. ‘She doesn’t like all that. But obviously she’ll always support me.

‘She said, “I’ll always support you, you made a mistake, we all make mistakes, but don’t ever do it again”. I don’t want to bring her into it, I’ve had a conversation with her and it’s not fair on her.’

What is the federal minimum wage and would Trump or Biden raise it?