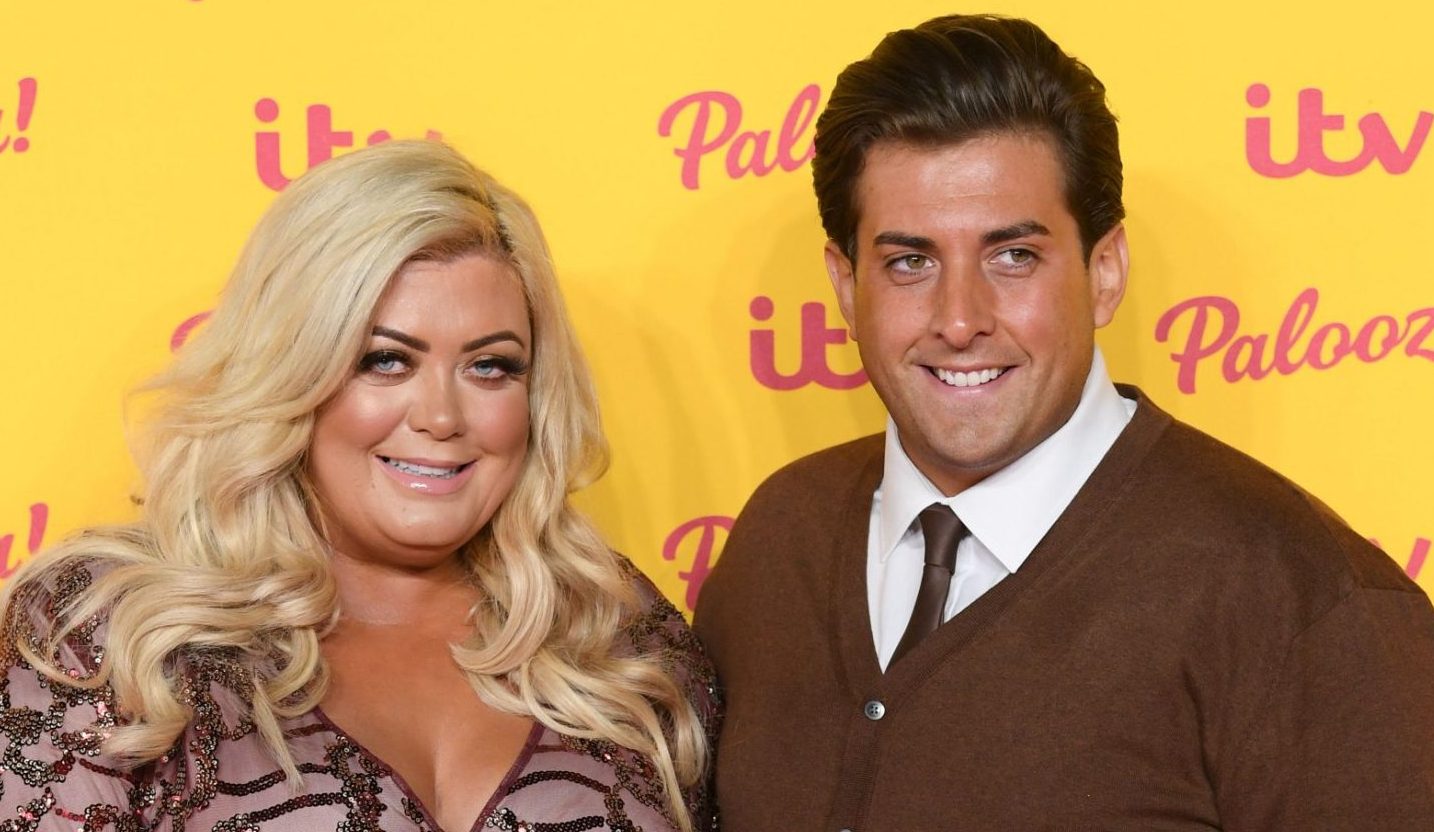 Gemma Collins’ recent engagement to Rami Hawash has clearly made its way to her ex, James ‘Arg’ Argent with the Towie star jokingly pleading for her to call the whole thing off.

Earlier this week the 40-year-old reality TV star confirmed that she and partner Rami – who rekindled their romance during lockdown, seven years after they first got engaged – are once again set to wed.

As they say, second time’s a charm…

But Arg has been spotted appearing to poke fun at their news during an appearance at the PDC World Darts Championship at London’s Alexandra Palace this week.

In photos obtained by The Sun, the 34-year-old reality star was seen chuckling away as he held up a sign which read: ‘GC, call off the engagement!! (sic)’

It comes after Gemma – who split from Arg over the summer last year after they were on/off boyfriend and girlfriend for the better part of a decade – confirmed she and Rami were engaged, but admitted the couple have been keeping the news quiet until his divorce comes through.

In a revealing chat with the Times – in which Gemma referenced saving ex-partner Arg’s life ‘three times with no thankyou’ – she detailed: ‘Yeah, but we can’t really come out and say anything yet because Ram was married before and his paperwork has not come through, so until that’s officially signed, we’ve not said anything.

‘They’ve not been together for two years. I know her, she’s got a partner, she’s as good as gold. There’s a child involved, he’s only three, obviously I love him to death.

‘But until that paperwork’s signed I can’t come out.’

Gemma and Rami first got engaged in December 2013 when he hid an engagement ring in her Christmas pudding, but they split the following year.

Going one step further, the reality star recently revealed she and Rami have been trying to have children, and she has been seeking advice from her close pal and former co-star Amy Childs.

She said: ‘I was with Amy Childs at the weekend and we had a friend’s wedding and she’s like a guru at how to get pregnant.

‘She was telling me that there’s certain days in the month that you’ve got to do this. So I basically appointed her to be the head of my pregnancy.

‘She’s told Rami what days we’ve got do it on and all that. So we’re reporting back to Amy every time we do it!’

England's cases drop by 15% in a week, official data shows

Michael B. Jordan Looked Into The Camera At The MTV Movie & TV Awards & Twitter Could Not Deal