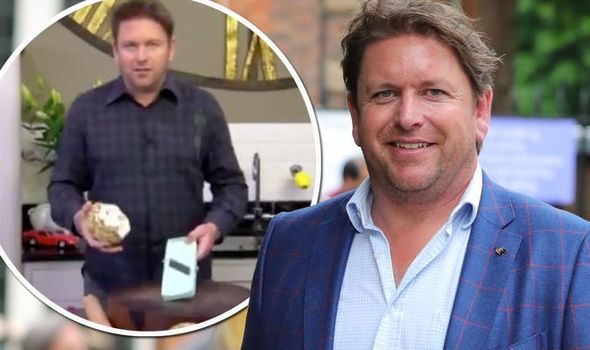 TV chef James Martin was presenting a celeriac masterclass when he made his comments about a popular side dish. The 48-year-old said his childhood memory of coleslaw, which is typically made from cabbage, carrots and onion, had left him “scarred for life”.

James was making what he dubbed the “French equivalent of coleslaw,” on his Saturday Morning show when he recalled an unsettling memory.

“I don’t mind coleslaw,” the ITV star told viewers at home before going into more details.

“It kind of left me scarred for life as a young kid, did coleslaw, as you get dragged to weddings…

“I don’t even want to go there,” he remarked, however did not go any further. 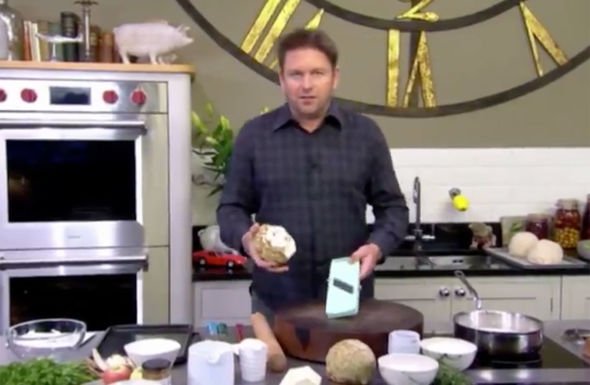 Remoulade is a French cold sauce similar to mayonnaise which when used to coat thinly chopped celeriac makes a dish similar to coleslaw.

Earlier this week, James hosted his first ever virtual cookery masterclass, showing viewers at home how to create a three-course meal.

Following the event, the chef received a flurry of messages from frustrated fans after technical difficulties blighted the broadcast. 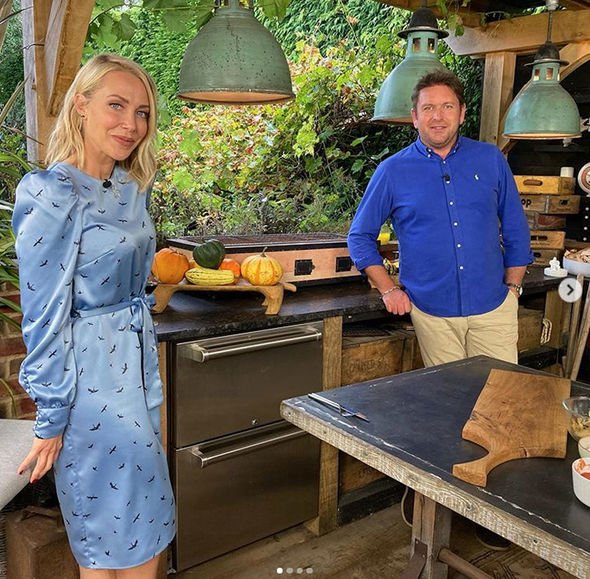 James took to social media the following day to address those who felt “anger” towards him and to apologise.

He also revealed that he had received a “large amount of vile comments” online.

The chef wrote on Instagram, in view of his 471,000 followers: “Having seen some of the comments posted online regarding last night’s cook along and the anger towards me given the technical issues that the production team were having, I would like to apologise again for this and I will be chasing up with Live Nation, the production company, IT team and all the people they hired, to find out the problem.”

James went on to say that he “wasn’t involved in the IT side of things,” before telling followers he would be taking a break from social media.

His lengthy post continued: “Due to the large amount of vile comments posted directly towards me, this will be my last post as I will be taking a break from posting personally and all social media for the foreseeable future.”

15 Fall Midi Dresses So Cute, You'll Have to Stop Yourself From Wearing Them Every Day