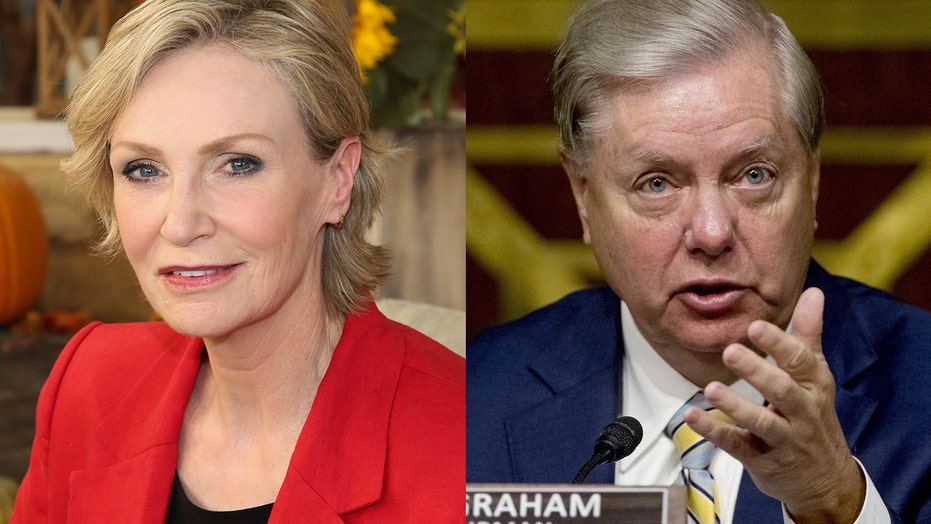 Jane Lynch pulled no punches in criticizing Sen. Lindsey Graham for his aside during the hearings to confirm Judge Amy Coney Barrett to the Supreme Court.

The actress joined myriad celebrities speaking out on social media during the hearings to find out if President Trump’s court nomination should fill the seat left vacant by Justice Ruth Bader Ginsburg, who died in September at age 87.

During his time, Graham took a moment to address comments made by Sen. Sheldon Whitehouse, a Democrat from Rhode Island who opted to spend his time at the hearing outlining a “dark money” scheme that he believes is influencing judicial decisions and GOP court appointments.

“Let’s go to Citizens United. To my good friend Sen. Whitehouse, me and you are going to come closer and closer about regulating money,” Graham said in a clip shared by Lynch. “Because I don’t know what’s going on out there but I can tell you there’s a lot of money being raised in this campaign, and I’d like to know where the hell some it’s coming from.” 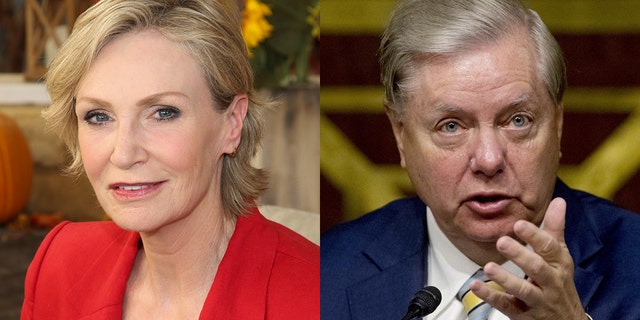 He then turned his attention to Barrett, noting, “That’s not your problem.”

“What a self pitying narcissistic whining little a– boy,” the “Weakest Link” host wrote over the clip of the incident.

Graham is running against Jaime Harrison, who is looking to unseat him in the Senate. Lynch’s comment seems to imply that the barb from Graham at the hearing seemed to have more to do with his candidacy than the topic at hand.

Lynch is taking the race in South Carolina seriously, having previously tweeted her support for Harrison in May, writing: “This guy, @harrisonjaime and people like him will bring back honor and dignity to a badly damaged congress. He’ll also send @LindseyGrahamSC tush back home. South Carolina must be so proud to call @harrisonjaime their very own!”