Jenelle Evans hasn’t said too much about everything that is going on in North Carolina these days, but yesterday, the news broke that CPS was planning on removing both Ensley and Maryssa from her property.

It was claimed CPS was unable to locate the Easons and that Ensley had yet to be removed from Jenelle’s care. Then, the story broke that Jenelle’s sister reportedly used Facebook to share that CPS had indeed removed Ensley. 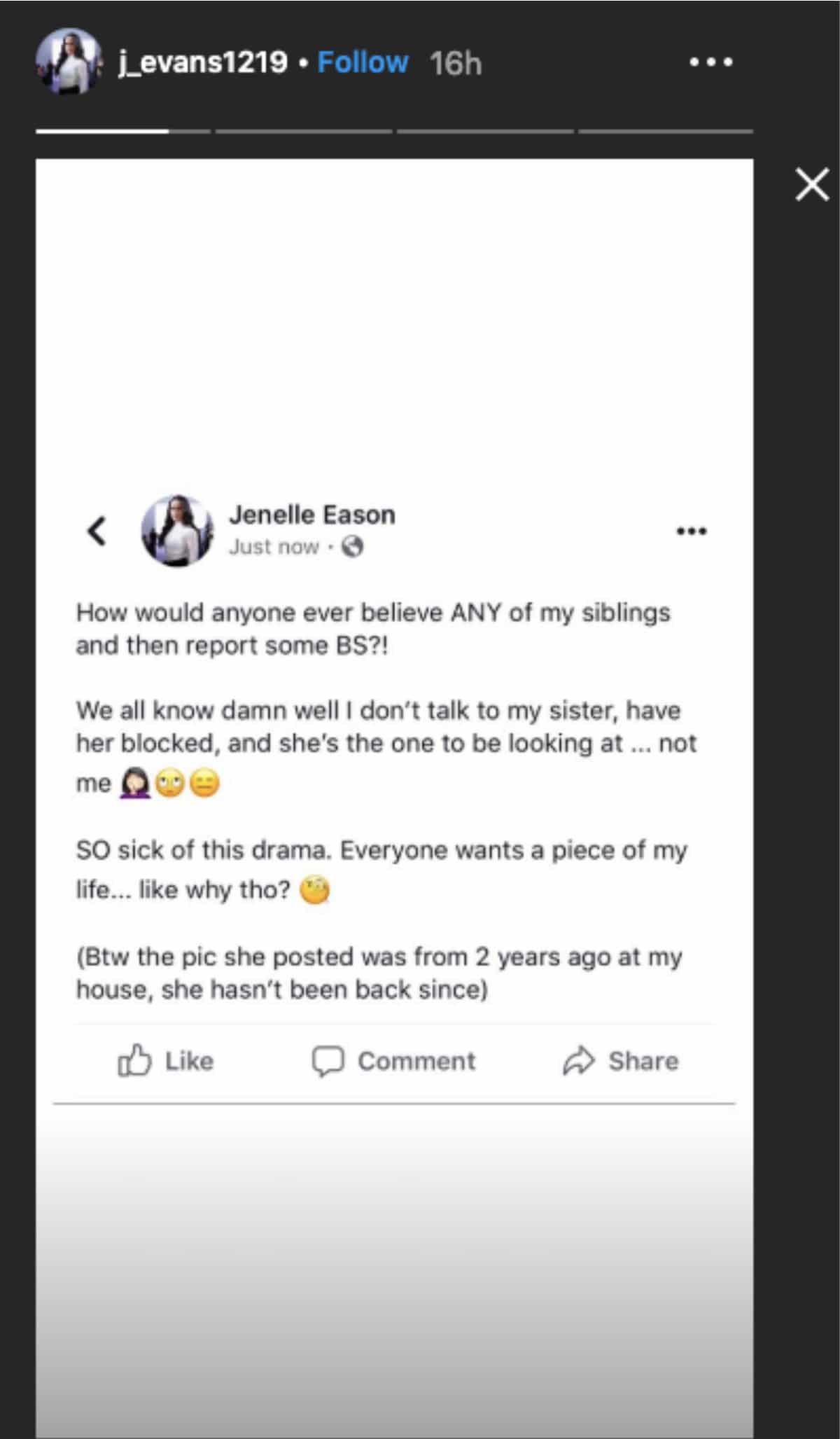 On Instagram, she questioned how anyone could believe her sister’s claims as she doesn’t talk to her sister. The claims that Jenelle is referring to came from a Facebook profile with the name of Ashleigh Elizabeth Wilson.

“I need prayers for Kaiser, Ensley, and Jace. Kaiser is safe right now. Ensley not so sure, my mother and I hope God puts her in good hands. We’re not sure where CPS put her. If I have to take her in, I will,” the post read.

“My mother will as well. I knew this day would eventually happen. Jace is okay with my mom he’s very upset. We need prayers,” the post continued, making fans believe that this was Jenelle’s sister posting it.

You can see the post below by clicking on the photo with the children.

However, it was later revealed that Jenelle’s sister’s name isn’t Ashleigh Elizabeth Wilson on Facebook. Another profile with a different name made comments about how she’s trying to make peace with Jenelle.

The Blast is reporting that they have spoken to the real Ashleigh Evans Wilson, and she claims that she hasn’t revealed any information about child protective services.

According to that report, she also added that the Facebook page in question is fake and that she’s been the victim of trolls on social media for years, simply because of her sister. She noted that the CPS investigation involving Jenelle is private.

Do you have something interesting to say about this? Start or join a discussion on our forum!

Every Way Adam Rippon Has Inspired Us This Year