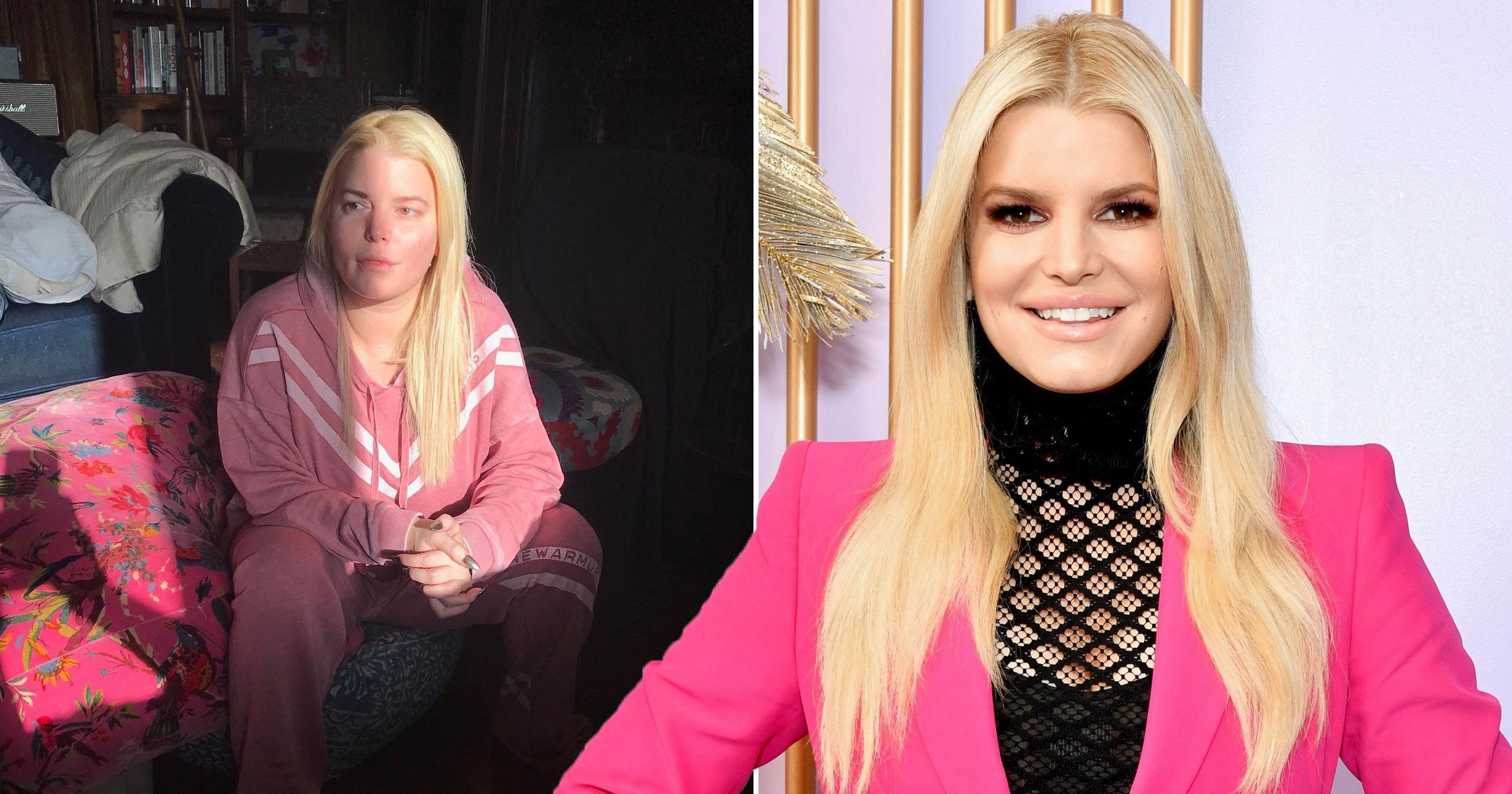 Jessica Simpson bravely opening up about her battle with alcohol is a key step in her ongoing sobriety, according to experts.

The singer, 41, had shared a photo of herself from November 1, 2017, when she was at the height of her battle with alcohol to celebrate four years of sobriety.

Alongside the photo, which she describes as ‘unrecognisable’, Jessica told her followers: ‘This person in the early morning of Nov 1, 2017 is an unrecognisable version of myself. I had so much self discovery to unlock and explore.

‘I knew in this very moment I would allow myself to take back my light, show victory over my internal battle of self respect, and brave this world with piercing clarity.

‘Personally, to do this I needed to stop drinking alcohol because it kept my mind and heart circling in the same direction and quite honestly I was exhausted.

‘I wanted to feel the pain so I could carry it like a badge of honour. I wanted to live as a leader does and break cycles to advance forward – never looking back with regret and remorse over any choice I have made and would make for the rest of my time here within this beautiful world.’

While the picture, in which she looked bloated and confused, was a shocking image for her followers, Jessica used it as an example of just how far she has come since her darkest time.

Better Way Recovery’s founder Peter Griffith believes speaking out about her alcohol addiction is a vital step in Jessica’s recovery.

He told Metro.co.uk: ‘It’s definitely such an important post by Jessica Simpson and very brave. Suffering in silence, unfortunately, is a lot of peoples stories.

‘Having the courage to ask for, and accept others’ help, is always the first step to recovery.’

Peter added: ‘Speaking from my own experience, at the end of my active addiction I was so isolated and lonely I was suicidal, but what I know now from being in recovery, if I’d have killed myself I would have been killing the wrong person, because I didn’t know who I was back then.’

Peter believes ‘from the curse of addiction comes the blessing of recovery, and the positive ripple effect that comes with that,’ which he found meant bringing his family back together and being a ‘productive member of society’.

Jessica continued in her post: ‘I can’t believe it has been 4yrs! It feels like maybe 2. I think that is a good thing. Ha. There is so much stigma around the word alcoholism or the label of an alcoholic.

‘The real work that needed to be done in my life was to actually accept failure, pain, brokenness, and self sabotage. The drinking wasn’t the issue. I was. I didn’t love myself. I didn’t respect my own power. Today I do.

‘I have made nice with the fears and I have accepted the parts of my life that are just sad. I own my personal power with soulful courage. I am wildly honest and comfortably open. I am free.’

I have been waiting a lifetime to join fray

Space ‘elevator’ to the moon may soon be a reality

Freebie Queen reveals how she bagged £1.4k of designer beauty products, jewellery and electronics for FREE