Biden addressed the accusation for the first time Friday on MSNBC 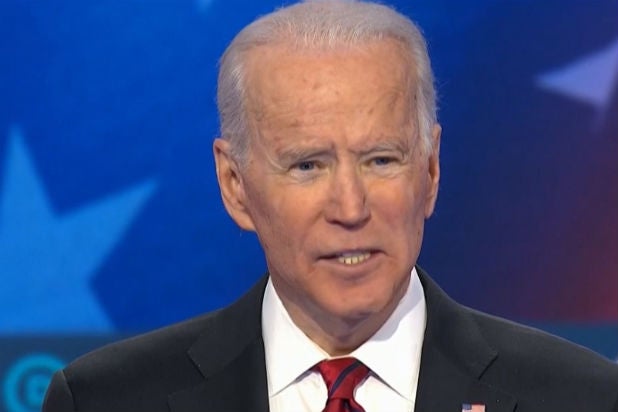 Joe Biden on Friday flatly denied former senate staffer Tara Reade’s accusation of sexual assault and called on the National Archives to release any record of a 1993 complaint that Reade has said she filed related to her encounters with the then-senator.

“This never happened,” the presumptive Democratic presidential nominee said in a statement.

In a Friday appearance on MSNBC’s “Morning Joe,” the presumptive Democratic presidential nominee spoke for the first time about the accusation, which has been slow to receive attention from major news outlets. The vetting of Reade’s decades-old accusation has been one reason why several media outlets have been cautious in their reporting.

MSNBC’s Chris Hayes took on the topic at length Wednesday night during his primetime show, being one of the first people on a major news broadcast network to broach the subject. He was subsequently both praised and torn apart online and his name trended on Twitter well into Thursday morning alongside calls to #FireChrisHayes.

Last year, Reade first told a local paper in Nevada County that Biden had inappropriately “put his hand on [her] shoulder and run his finger up [her] neck” when she worked in his Senate office. But in late March, Reade appeared on Katie Halper’s podcast to say that Biden, in 1993, had also pushed her up against a wall in a secluded area of the Capitol building, kissed her, reached under her skirt to penetrate her with his fingers, and then said “You’re nothing to me” after she pulled away.

A Biden campaign spokesperson said the accusations are “false” shortly after the release of the podcast episode last month. “Women have a right to tell their story, and reporters have an obligation to rigorously vet those claims. We encourage them to do so, because these accusations are false,” Kate Bedingfield, the deputy campaign manager and communications director for Biden’s campaign, said in a statement.

On Monday, a former neighbor of Reade’s recounted that the ex-Senate staffer told her about Biden’s alleged assault back in the mid-’90s.

Speaking with Rich McHugh — the former NBC News producer who worked with Ronan Farrow on his Harvey Weinstein investigation — for a piece published Monday on Business Insider, Reade’s neighbor Lynda LaCasse said Reade had told her around 1995 or 1996 that Biden had “put her up against a wall,” “put his hand up her skirt and he put his fingers inside her.”

The Rain season 3 explained: Why did Apollon create the virus? Rasmus star opens up