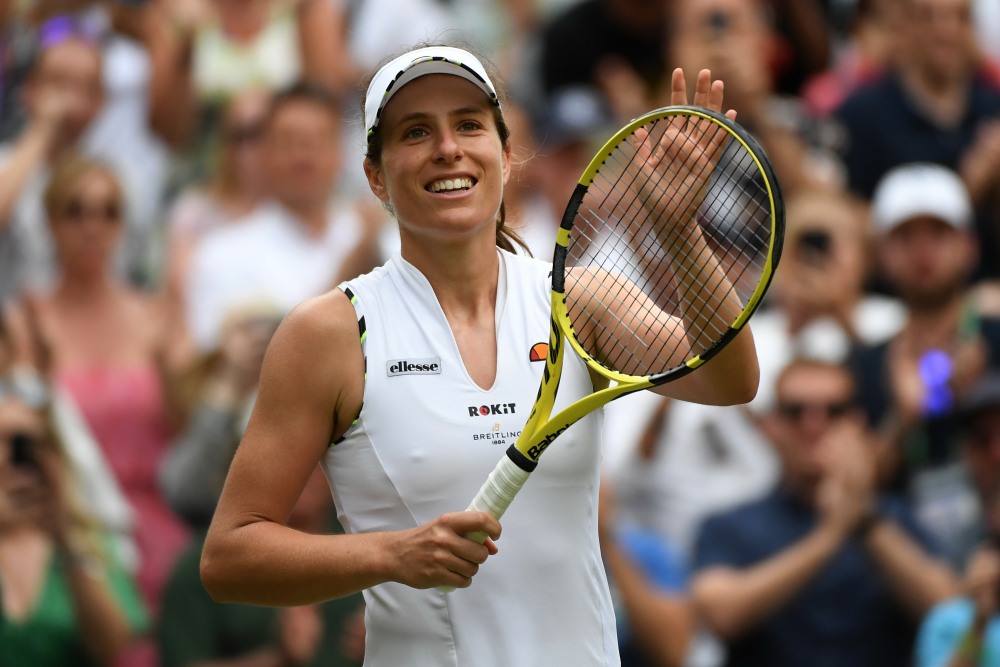 The Wimbledon women’s quarterfinals were going on yesterday, which is why I was so distracted, and why some of my posts were basically like “here are photos, BLAH, gossip!” I was trying to watch some of Serena Williams’ match and work and keep up with the other scores too. Serena was first on Center Court, and she battled brilliantly through a tense three-setter against a fellow American, Allison Riske (who is awesome). Serena will play her semifinal tomorrow.

Following Serena’s win, the British people were excited to see the next match on Center Court, a match which would determine who played Serena in the semi. The match: British #1 Johanna Konta versus an unseeded Cezch player named Barbora Strycova. Strycova is well-known to people who follow women’s tennis – while she’s out of the top 50 in singles ranking, she’s #3 in the world in doubles, and she has a tricky game for many players. Tricky for Konta, who is extremely talented but does seem to lose the plot a little bit in some the biggest matches of her career. Konta gets nervous, she gets a bit tight, misses a few shots and then it all just starts falling apart. Which is exactly what happened in the QF: Konta and Strycova had a tight and tense first set, Strycova managed to pull out a first-set win in the tiebreak, and then Konta kind of fell apart in the second set.

That kind of thing literally happens all the time in men’s tennis and women’s tennis. But because it’s Wimbledon and Konta is British (sort of), of course she carries the burden of expectations in her home country. After the loss, the British journalists absolutely beat up on her in the press room and Konta SNAPPED. Please take a moment to watch this whole video:

The journalists were absolutely being incredibly rude. It’s one thing to ask a pointed question to a player who is clearly still feeling the big loss, but to go in on Konta with rude question after rude question was not a great look for those British journalists. They didn’t want her to say “I f–ked it all up, you’re right,” they were just trying to make her feel even worse. Konta told the one guy: “I don’t think you need to pick on me in a harsh way. I think I’m very open with you guys. I say how I feel out there. If you don’t want to accept that answer or you don’t agree with it, that’s fine. I still believe in the tennis that I play. I still believe in the way I competed.” When the same guy kept going in, she curtly says: “Please don’t patronise me.”

Was all of this fair or unfair? Like, just from a tennis-perspective, Konta does fall apart in so many big matches and she did in the QF. It would genuinely help her to acknowledge it and work on that. That being said, it’s incredibly rude to go after her so rudely right after a crushing loss on home turf. TL; DR version: British male journalists are a–holes to women, news at seven. 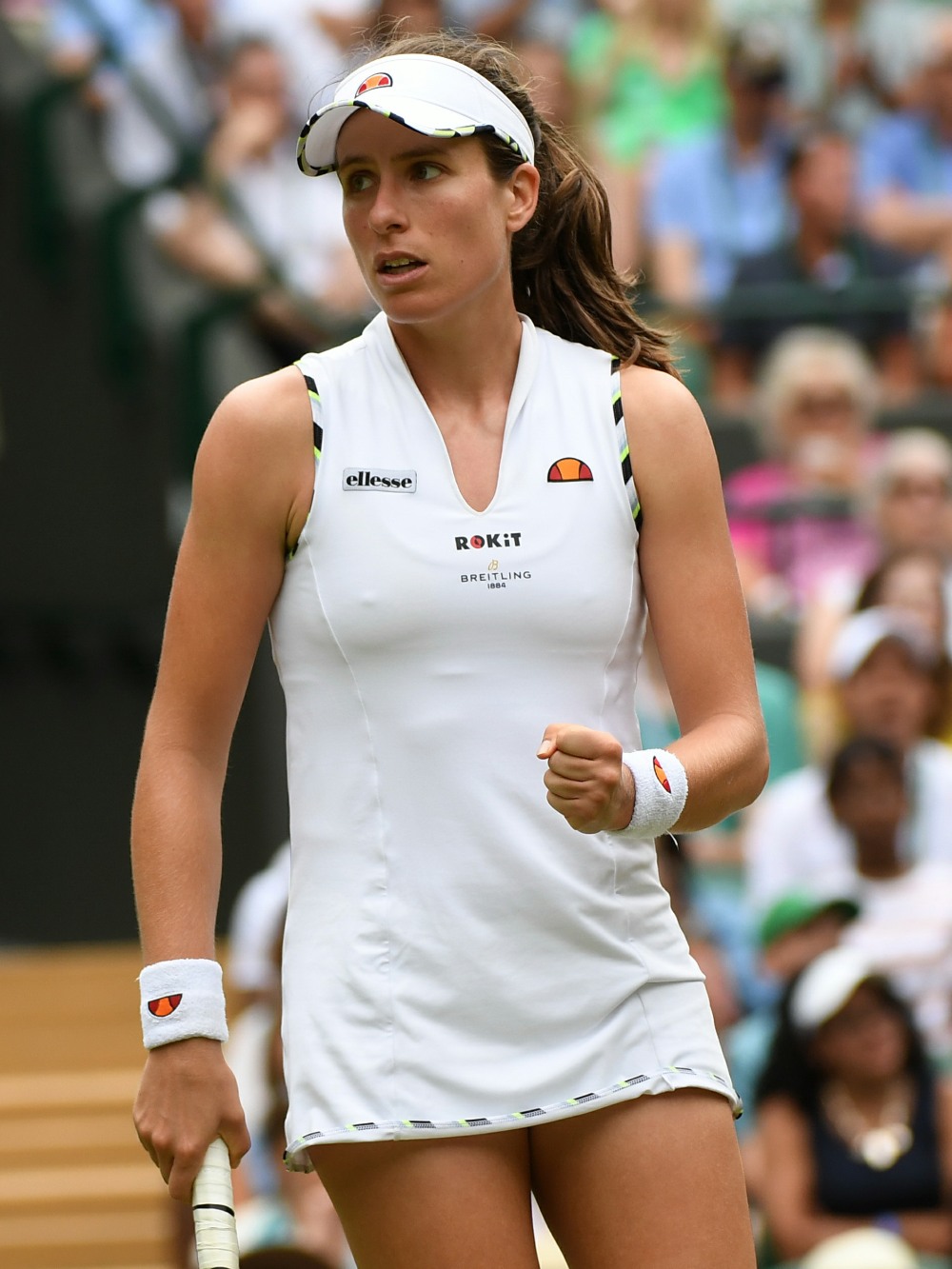