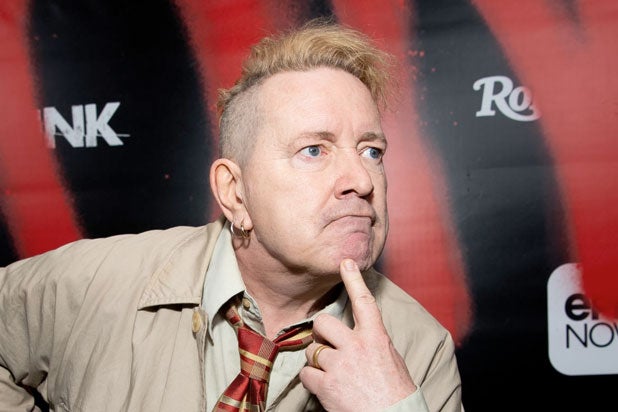 In an interview with the U.K.’s Daily Star on Saturday, the former Sex Pistols star reported that he’s being treated for flea bites on his penis and inner thighs since allowing squirrels to live in his home in Venice Beach, California.

“I looked down there this morning at my willy and there’s a f—ing flea bite on it,” he told the Star.  “And there’s another one on the inside of my leg.”

The punk rocker, whose birth name is John Lydon, revealed in his new memoir, “I Could Be Wrong, I Could Be Right” that he became such a fan of the rodents that he allowed them inside his home. “I’m determined to keep my squirrel friends independent,” he told the Star. “There’s no petting. If they want to nudge up that’s fine, but I know it’s for a peanut and not because I’m lovely.”

But he admits the flea bites that have resulted from his generosity have become a nuisance. “The bites, wow, last night was murder because of it. The itching too. It’s such a poxy thing to get caught out on,” he said. “The only way around it, because I’m not going to blame the poor little squirrels, is to Vaseline my legs.”

Rotten and his squirrelly situation soon became a trending topic on Twitter. Let’s just say nobody has this story on their 2020 bingo card.

Where is Robert Thompson now? – The Sun