Home » Celebrities » JoJo Gets Engaged On Christmas Eve To Actor Dexter Darden: ‘Got A Whole Fiancé For Christmas’

Get out! JoJo is engaged to her boyfriend, actor Dexter Darden, after the most epic surprise proposal!

Congratulations are in order for singer and actress JoJo and her boyfriend Dexter Darden! The Masked Singer star took to Instagram to share that she said ‘YESSSSS!’ to an amazing surprise proposal from her Saved By The Bell actor boyfriend who popped the question at the stunning La Concha Resort in San Juan, Puerto Rico. “Forever with YOU? Sign me UP. celebrating Christmas a whole fiancé!!! the most thoughtful, creative, positive, handsome, strong, loving, uplifting human being asked me to marry him. so obviously I said YESSS!!!” JoJo, whose real name is Joanna Levesque, gushed on Instagram. See the post here!

She continued, “thank you for the most epic birthday surprise ever. and for flying out my mom, your mom, and both of our best friends to share in that incredible moment with us. you are one of one. LFG.” In the sweet carousel of photos and videos, JoJo rocks a white boa, nude heels and a tan jacket as she sits on Dexter’s lap and both wear the biggest smiles ever while under a “She Said Yes” sign. JoJo celebrated her 31st birthday on December 20th.

In another photo, JoJo and Dexter cheers bottles of champagne while sitting on the floor and staring lovingly into each other’s eyes. The ring appears to be a gorgeous, sparkling oval shape with J and D initials encrusted in diamonds on the side of the rock. A video shows JoJo walking through the private room adorned with a rose petal trail while the couple’s family and friends enjoy a meal after she said ‘yes!’ Such a sweet moment. 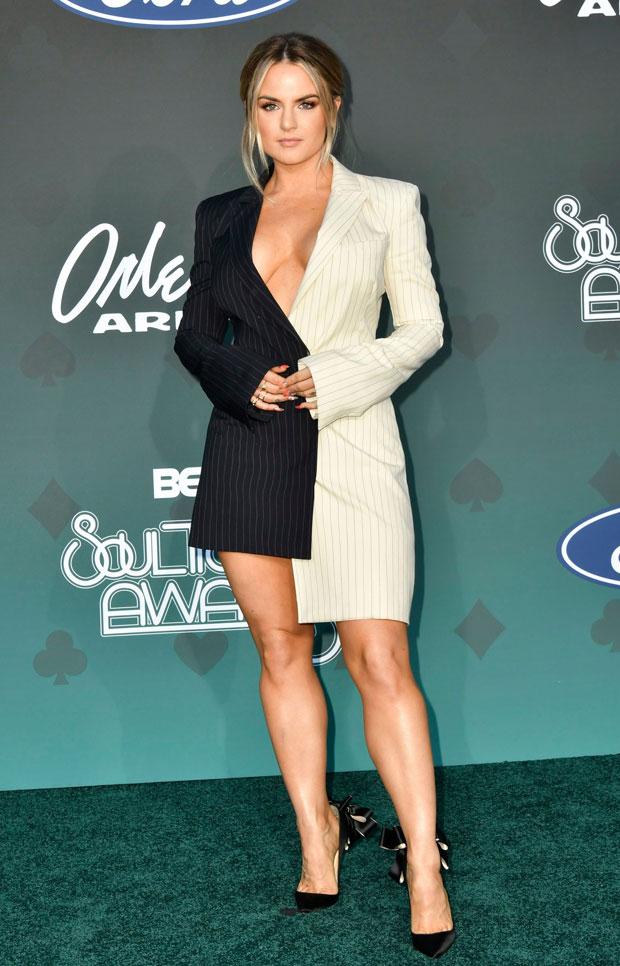 It’s assumed that JoJo and Dexter have been dating since Spring 2020, with Dexter making his first appearance on JoJo’s social media reading a poem about racial in justice in June 2020. Dexter posted JoJo on his ‘gram for the first time in October 2021, hyping up her latest EP. “The Bravest Artist I know on the planet just dropped her E.P and it’s available everywhere. Usually I say it’s The Thought that counts, but try not to think about it and just go ahead and BUY this one!” he gushed. “‘Trying Not To Think About It’ is a project that is Vulnerable, Honest, Motivational, Emotional, and most importantly True! So many people Battle with their Brain, and are afraid to express when they feel like they’re loosing this battle. You guys are NOT ALONE! 🍀 @iamjojo thank you for not only creating a Piece of Art, but for also encouraging others to talk about the state of their mental health! You using music as a gateway for healthy Conversation is truly inspiring, and I’m so grateful I got to support you through this thing from beginning to end!!!”