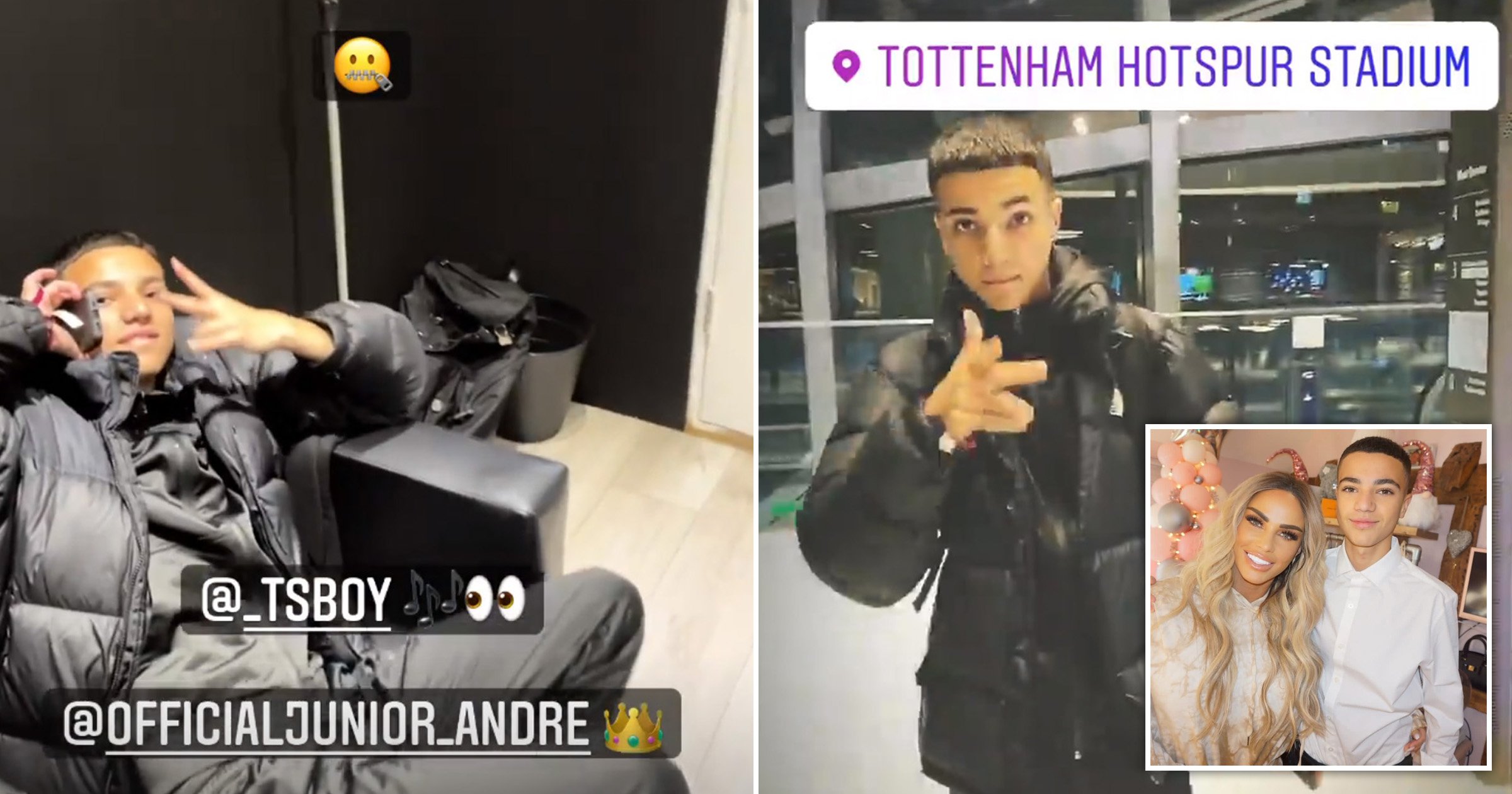 Junior Andre has revealed he has been busy in the studio working on his music career as well as enjoying some downtime with friends in the wake of Katie Price’s arrest.

The 16-year-old, who recently signed his first record deal with Columbia and Rebel Records, shared a short clip a friend had taken of him sitting on a sofa in the studio where he has been working hard on new music.

Junior, who Katie shares with ex-husband Peter Andre, also headed out to watch the football to wind down after a hard day’s work.

Junior’s outing comes after his mother appeared in court on Wednesday following a crash in the early hours of Tuesday morning in which she flipped her car.

Katie pleaded guilty to driving under the influence of alcohol and cocaine and was ordered by the judge to check in to The Priory for treatment.

She was also warned she may face prison time for getting behind the wheel while disqualified from driving, with her sentencing having been deferred to December.

Katie has previously completed stints at The Priory after her partying got out of control, with the former glamour model telling The Sun six months before the crash that her children had warned her they’d ‘never speak to her again’ if she went back to her old ways.

She explained: ‘My kids thought I had lost the plot and was partying. They didn’t realise it was me breaking down trying to block things out – they needed to know the truth.

’All the kids say that I am so much better now. But they say, “Mum if you ever get back to how you were, we are never going to speak to you again.”

‘I tell them they never have to worry because I wouldn’t go back there.’

Junior and his sister Princess Andre, 14, both voiced their support for Katie before her appearance in court, leaving loving messages on a post her family shared on her account.

The statement had said Katie would be seeking treatment and that her family had been concerned about her for ‘some time’, and Princess commented: ‘love you mum so much,’ while Junior, 16, added: ‘Love you mum.’

Virgin Media down: Thousands unable to get online due to mass broadband outage

ANOTHER Armie Hammer Ex Comes Forward, Claims He Carved An 'A' Into Her With A Knife!

This Is Why AJ Cook Had To Leave Criminal Minds