Jussie Smollett started his trial and took the stand for his testimony today after being accused of staging a hate crime for media attention in 2019.

Jussie Smollett, 39, admitted to knowing one of his alleged attackers and even being intimate with him, when he took the stand on Dec. 5 in his own defense. The actor, who is openly gay, has been charged with six counts of disorderly conduct for making false reports to investigators after telling police he was the victim of a racist and homophobic attack in Jan. 2019. Prosecutors are alleging that he staged the hate crime specifically to get media attention and even paid $3500 to brothers, Abimbola “Bola” and Olabinjo “Ola” Osundairo, to help him.

Once on the stand, Jussie talked about his relationship with Abimbola and explained they had met at a club during Season 4 of Empire, according to the Chicago Tribune. He also reportedly said that they went to a bathhouse together, did some drugs, and got physically close. “There was some touching,” he said before also admitting they had masturbated near each other during another occasion at the bathhouse, the Tribune reported. 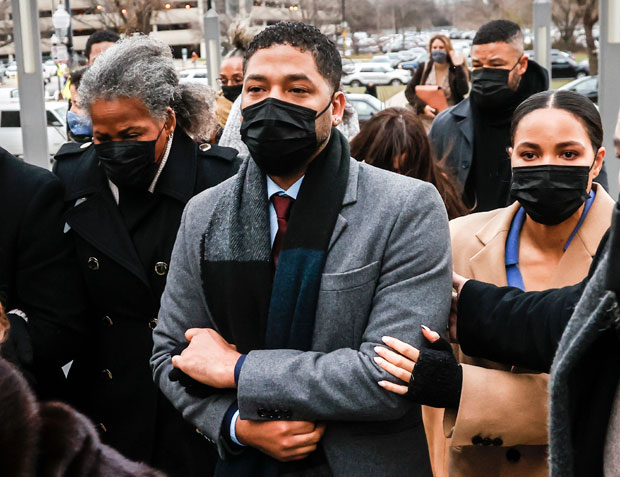 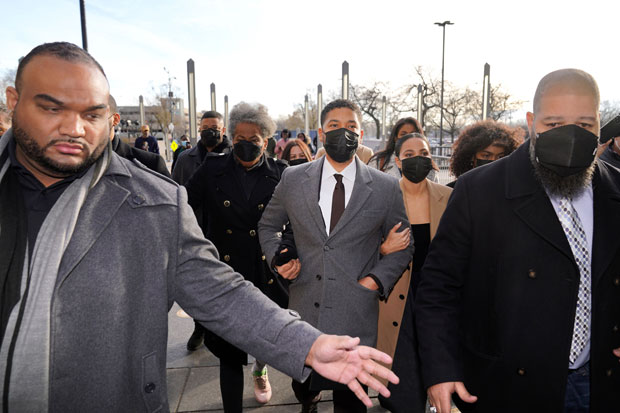